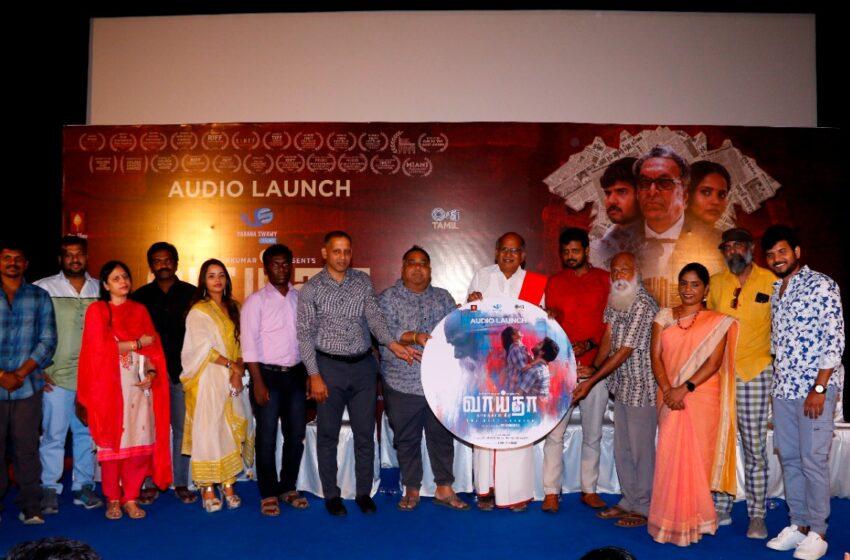 Vaaitha is an upcoming Tamil movie featuring newcomers in the lead roles. The audio launch of this movie was held last evening (April 6, 2022) in the presence of C Mahendran, one of the state executive members of the Indian Communist Party. K Vinoth Kumar of Varahaswami Films is producing this movie. Om Films is releasing the movie all over Tamil Nadu. Pugazh Mahendran, son of C Mahendran is playing the content-driven hero in this movie. Veteran Mu. Ramasamy is playing an important character in this movie. R.J. Sethu Murugavel Angaaran is handling cinematography and debutant Lokeshwaran is composing music.

Director Mahi Varman said, “Vaaitha crew is excitedly and happily waiting for the judgment of audiences after getting several ‘Vaaithas’. Before kick-starting the scriptwriting process of this movie, I have come across several inspiring talks about ground-breaking cinema, especially the Malayalam movie fraternity. It’s great to see the arrival of such movies is happening in Tamil cinema as well. We are witnessing movies based on caste and creed factors in the Tamil industry. This new genre has been creating a good impact in the industry, and now. Vaaitha will be one among them, and I am confident about it. We started working on Vaaitha with a story premise that has a serious social issue. The works pertaining to this movie started in 2018. However, I was waiting for a debut offer and was vividly working towards, which dilly-dallied the project. We initially wanted to make this movie as an Independent movie titled ‘Yegaali’. However, I got introduced to producer Vinoth sir through a common friend. He was happy listening to the script and agreed to produce this movie. He was present for just one hour on one particular day of shooting, and then, he never showed up for the spot. Such has been generous nature in giving us complete freedom during the creative process.”