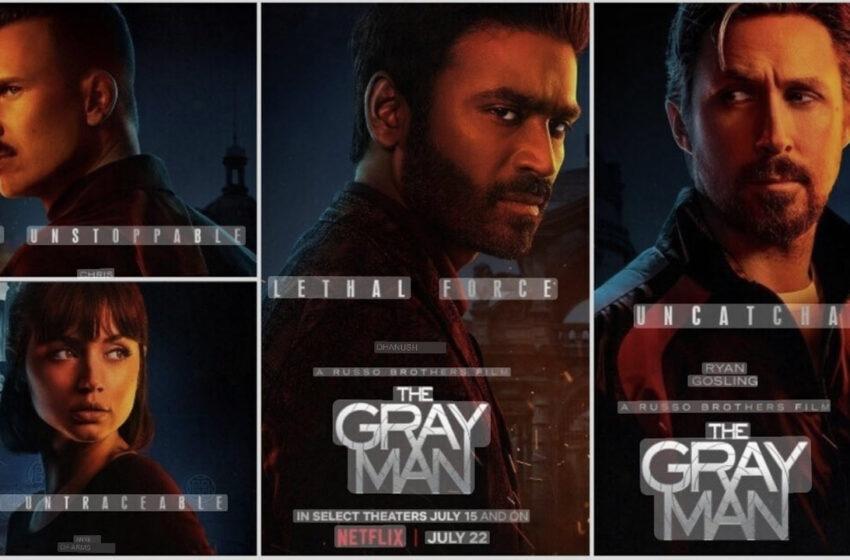 After completing their assignments with the Marvel Cinematic Universe, the first task taken by the Russo Brothers was the Netflix original, Extraction, which was written by them. It starred Thor… I mean Chris Hemsworth as a black ops mercenary. Next, they directed Spiderman… I mean Tom Holland in Apple TV+’s Cherry. And now, they have roped in Captain America… Chris Evans, of course, for another Netflix original, The Gray Man. Their fascination for superheroes is clearly evident, but what comes through in The Gray Man is their fascination for action set-pieces. The film is actually a bunch of blockbuster action sequences interspersed with a semblance of a plot line. 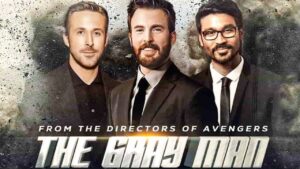 Sierra Six (Ryan Gosling) is a shadow assassin, who goes rogue after a mission, and the powers that be send a hostile killer Lloyd Hansen (Chris Evans) on his trail to extract a crucial piece of information from the former. Also, there is Ana De Armas as another assassin who is caught between these two men. This premise isn’t novel by any stretch of imagination, and the Russo brothers are well aware of it too. With the entire might of a country’s covert resources following him, Six has an arduous task ahead of him. And the way the Russo brothers mount these tasks are breathtakingly good. Be it the mid-air stunt sequence between flying debris or the multiple hand-to-hand combat stunts in an hospital and a house, or even the hugely entertaining open-air carnage in the middle of Prague, the stunts never fails to keep us engaged. We also see the brilliant comic touch of the Russo Brothers in the wry one-liners that are peppered throughout the film.

Gosling, Evans and de Armas have a lot of fun in a film that allows them the space to let their hair down even while jumping locations at the drop of a hat and combating each other using an uninterrupted flow of bullets and leaving behind a bunch of dead henchmen, destroyed cities, and burning vehicles. However, after a point, there is nothing to look forward between the action sequences. The one-liners uttered by most of the actors, albeit funny in spurts, are largely superficial and strictly functional. There is no real tension and the stakes are never too high. While there is no doubt that the film is all about the stunts, The Gray Man needed a bit more layers. 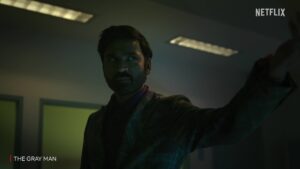 As opposed to those assembly line of henchmen, it is impressive that The Gray Man ensures Dhanush is not relegated to a blink-and-miss role. Although, he only has a couple of scenes, it is telling that Dhanush didn’t opt for just another Hollywood role, and chose a character that has a lot of depth. In fact, in a world of gray men, it is only Dhanush’s Avik San who has a moral compass, and doesn’t really lose in any of the fights he is part of, even if it is with the leads.

The Gray Man might not be the best Netflix original, but it doesn’t have to be because the film doesn’t aspire to be anything other than popcorn entertainment delivered to our homes. It is a fun ride that gives us a glimpse into the world created by Mark Grearney in his books, and sets the wheels in motion for what could be an interesting franchise. Is it a good film? Far from it. Is it a bad film? Not at all. It is both bland and fun, superficial and deep, engaging and boring, and you get the gist right. Basically, just like the title, the film can’t really be boxed in binary… it is just right in the gray zone.

Verdict: A joyride that scores high on action and comedy, but misses out on story and focus