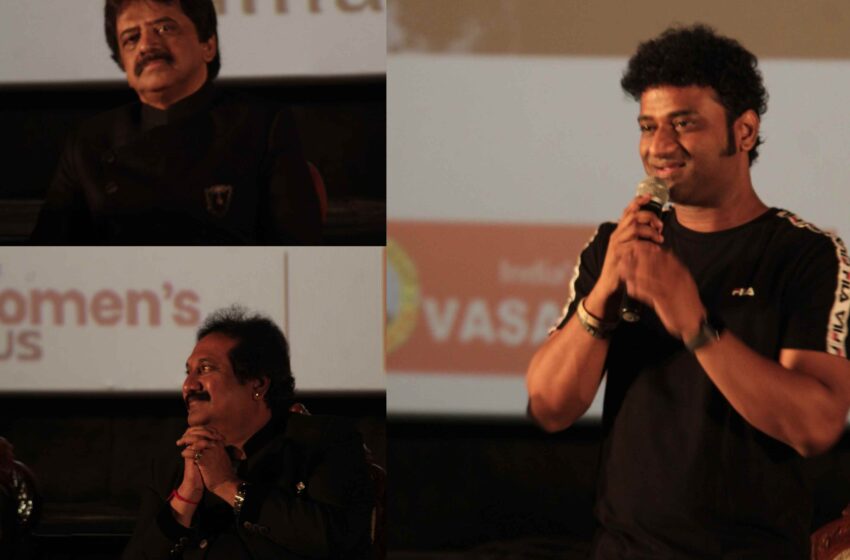 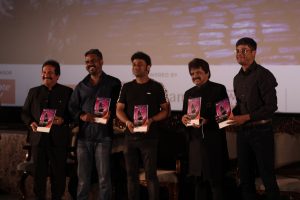 Judged by DSP, Mano and Srinivas, the show is set to air on Zee Tamil from 28th March on Sundays from 7.30 pm – 9.30 pm
Having consistently provided the best in-class entertainment to its viewers across fiction and non-fiction Genre, Zee Tamil has in store yet another surprise with the launch of a new show! The channel is set to introduce an exciting and innovative format within the music reality show segment. Following the phenomenal success of shows like #SaReGaMaPa and #PettaRap, the channel will be bringing forth a unique celebrity music reality show, ‘Rockstar’ for its audiences, this year. The show will be aired on Zee Tamil and Zee Tamil HD, starting 28th March onwards from 7.30 to 9.30 PM, Every Sunday. Audiences can also enjoy the show at their leisure anytime on Zee5. 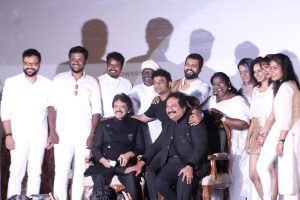 The show brings the sensational music composer, singer, and songwriter ‘RockStar’ Devi Sri Prasad, aka #DSP on the judging panel for the first time in Television along with a renowned set of judges that includes Singer Mano and Singer Srinivas. The novelty behind ‘Rockstars’ – is that it brings together an accomplished gang of musical stars who are no strangers to ardent music buffs. It is for the first time on Tamil television that a talented group of professional singers come together to compete and emerge as Tamil Nadu’s first ever musical ‘Rockstar’, thereby presenting an experience that is unparalleled and incomparable to any other music reality show. 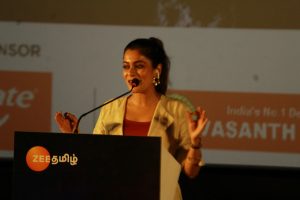 Hosted by Kiki and RJ Vijay, the show boasts of a range of brilliant contenders that include Rahul Nambiyar, Ranjith, Bamba Backiya, Sathyan Mahalingam, Priya Himesh, NSK Ramya, Chinna Ponnu, Vinaitha and Aishwarya Suresh. The audiences are set to be enthralled as they witness the musical stars battle it out, in a bid to discover who amongst the exceptionally talented and vibrant artists, conquers glory through the multiple rounds of the intense and exciting competition and transform from #StarToRockStar.

While the contestants put on their game faces and create musical magic on stage, the audiences will get to engage in a public voting battle to support their favourite singers every week (starting Week 2 of the competition), making sure that all the eyes of ardent music fans across Tamil Nadu are passionately glued to their TV sets. The format of voting shall be through missed calls to unique numbers for the contestant’s week on week. 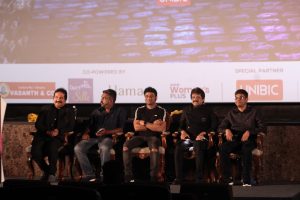 “There will be no winner or loser at the end since all the contestants are established artists, who are already favourites among their own fans. The show seeks to offer these exceptional talents a chance to perform across unique rounds and find the one person who is going to win over the hearts of the people of Tamil Nadu and soar to newer heights. We are bringing the best of the best to come together and prove themselves on the musical wrestling ring to discover the best version of themselves”, said Siju Prabhakaran, EVP & South Cluster Head, Zee Entertainment Enterprises, Pvt. Ltd.

About Zee Tamil
Zee Tamil is the Tamil General Entertainment Channel of Zee Entertainment Enterprises Ltd (ZEEL). Launched in October 2008, Zee Tamil offers a variety of shows that cater to the entertainment preferences of Tamil audiences across the world. From fiction shows to reality shows and talk shows, the channel with its multi-genre offerings is widely accepted as the one-stop family entertainment destination. Zee Tamil has created multiple blockbuster shows like Mr & Mrs. Khiladis, Junior Super Stars, Dance Jodi Dance, Sa Re Ga Ma Pa whose unique and never-seen-before formats have appealed to viewers across age groups. The holistic mix of content and programming options make Zee Tamil one of the fastest growing Tamil GECs in Tamil Nadu.
Zee Tamil is well connected across all cable and digital platforms. The channel is also available on ZEEL’s digital and mobile entertainment platform, ZEE5.