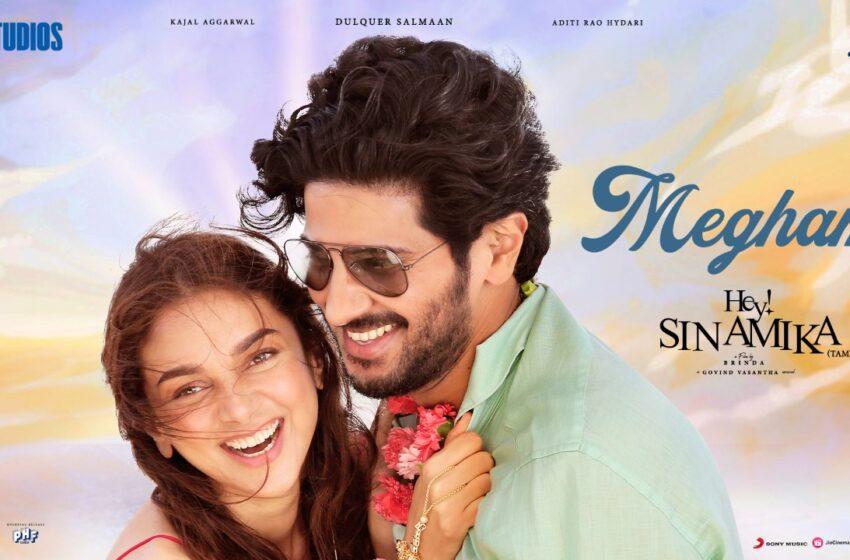 If you are a fan of romantic songs, your surely can’t give Megham a miss! The first song which features in romantic comedy Hey Sinamika is sung and composed by Govind Vasantha and written by Madhan Karky.

While you listen to this upbeat number, here’s what director Brinda master has to say about getting Govind on board as the composer. “We knew him as the lead vocalist and mentor of Thaikudam Bridge band. We also loved the Malayalam Fish rock song of Thaikudam Bridge which he had performed on stage umpteen times and wanted to make a song on that tune and use the same energy of the song. Then overnight Govind became a sensation in Tamil film industry with the film ‘96. Our decision to go with Govind became all the more convincing after the release of the film 96. And we went ahead and used the Fish rock song – which is the first song in the film Megham”, she shares. 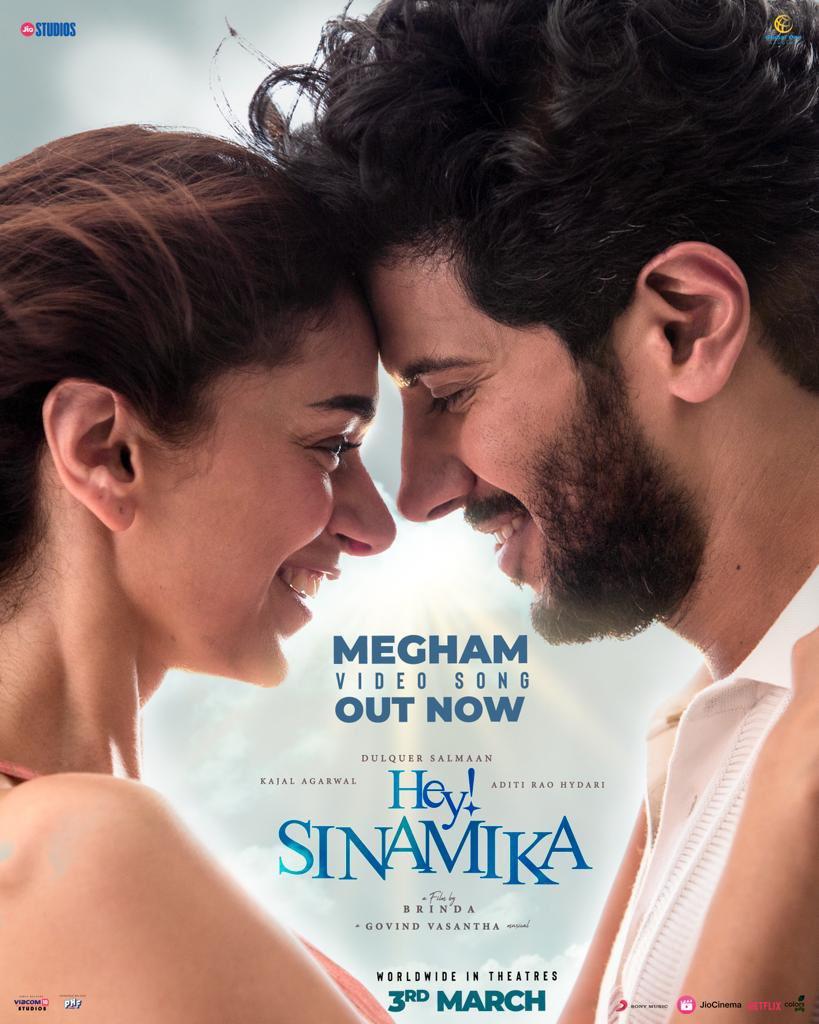 Talking about the song Dulquer says, “Megham has a very upbeat and fresh vibe to it. It’s a high energy number and Aditi and I had a blast dancing on this song to Brinda Master’s choreography.”

Aditi adds, “Megham is a peppy number and promises to instantly boost your mood. The music by Govind Vasantha is just phenomenal. Dulquer and I had a great time shooting for this song.”

Produced and Presented by Jio Studios, associate producer Global One Studios, Hey Sinamika is slated to release in cinemas on 3rd March 2022 in Tamil, Telugu, Malayalam and Kannada.