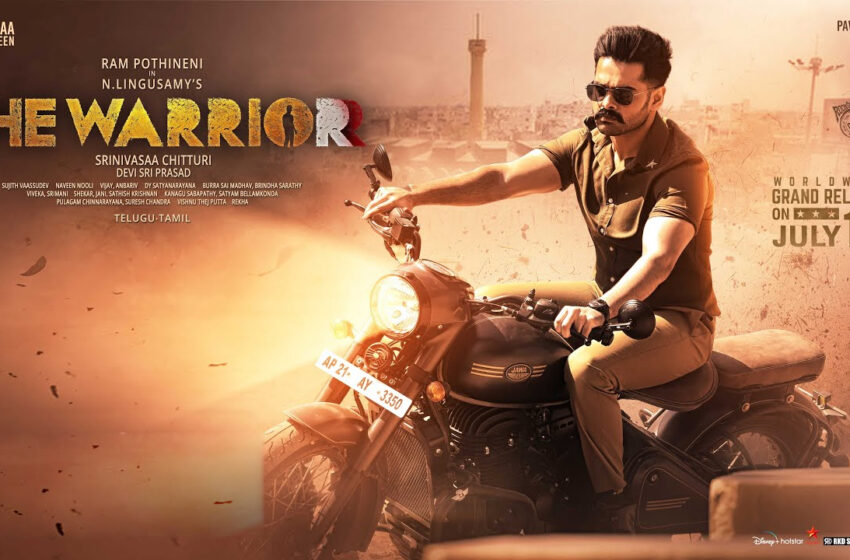 Ram Pothineni-Kriti Shetty starrer “The Warriorr”, directed by Lingusamy, a bilingual movie in Tamil and Telugu features Aadhi Pinisetty as villain, Nathiya, Jayaprakash in prominent roles. Devi Sri Prasad has composed music for this movie, and as you know, the songs are already great hit numbers. There’s yet another reason, why the movie has been remaining under the spotlights during the pre-release phase. Many filmmakers and actors extending their huge support for the striking comeback of Lingusamy, and it’s been the same for his fans, who wanted to see the creator of astounding commercial entertainers like Anandham, Sandakozhi and Run.

To our disappointment, the movie struggles to pep up the audience pulse with its hackneyed plot, time-worn Lingusamy elements borrowed from his previous movies, and a tedious screenplay. 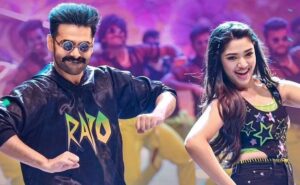 The film opens with a home surgeon, Sathya (Ram Pothineni) along with his mother reaching Madurai. During his service in the hospital, he comes across a notorious character Guru (Aadhi Pinisetty), a super-villain, who has grown a forest indeed, with each saplings planted after every murder. When Sathya crosses paths with Guru, the former is struck almost to death. A couple of years later, we see Sathya making his comeback as Deputy Superintendent of Police, with the only motto to bring down Guru and his empire.

During the final credits, we come across a slew of real life personalities, who have served as both doctors and police officers at the same time, which is quite inspiring. While the director has managed to get such a good idea, he could have delivered it in a much engaging style. In contrast, the movie becomes directionless by the first 15 minutes itself. Naturally, everyone knows what the story is all about, and the actual challenge of Lingusamy, is to deliver a completely engaging screenplay, which he fails. Most of the scenes blatantly reminiscences of the director’s previous movies, especially the ‘Hero Vs Villain’ moments. The only difference is inclusion of romance and songs in the adjacent scenes, which looks totally irrelevant. By the intermission, we are completely aware of what’s going to happen next, and the show amalgamating the scenes from his previous movies continue. Being such a great filmmaker, it’s disappointing to see him make a big blunder by showing an alien location as Madurai. It’s a dubbing movie, rather than a bilingual project, which the makers should have openly admitted. 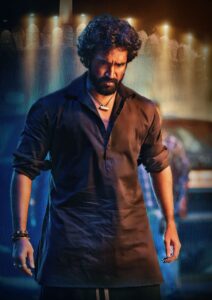 The actors in this star-cast are well known as the dedicated artistes, but unfortunately, they go unnoticed. Nothing to blame the actors, but the poor development of characters, including the dialogues.

Devi Sri Prasad’s songs were one of the main reasons to keep us excited to experience the visual magic. Ram’s dancing, cinematography and the art department manage to elevate the DSP’s works, but still, Kriti Shetty has to work a lot, when it comes to performance and dancing.

Overall, ‘The Warriorr’ is disappointing fare, which doesn’t offer at least a couple of engaging scenes as takeaway. Director Lingusamy and his team of writers, could have worked on a better screenplay draft rather than taking up scenes from their previous movies.

Verdict: A disappointing fare with 0% freshness and 100% predictable package