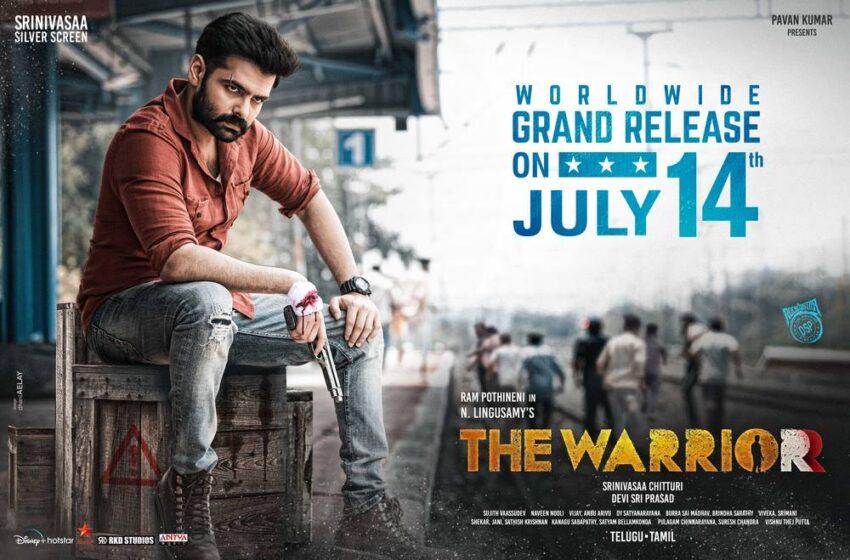 The makers of Ram Pothineni-starrer The Warriorr, directed by N Lingusamy, are raising anticipations on the movie with their each and every move.

The latest is- they have revealed the release date of the movie with a mass overloaded poster. The film will have a grand release on July 14.

The poster shows Ram Pothineni in a menacing look sitting at a railway station with a gun and an injured hand. We are also shown a gang (apparently rowdy elements) running behind. The poster increases curiosity on the movie.

It is expected that an action festival is in store in theatres when the film hit the big screens. Srinivasaa Chitturi is producing the flick under Srinivasaa Silver Screen banner, while Pavan Kumar is presenting it.

It may be noted The Warrior is the production’s house new venture after the stupendous success of Seetimaar in 2021. Aadhi Pinisetty is playing a negative character called Guru. Krithi Shetty is the heroine. Music is being composed by Devi Sri Prasad.