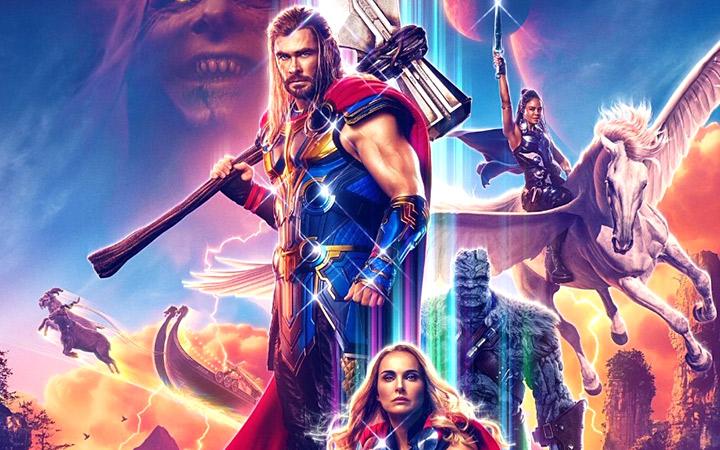 Right from the time director Taika Waititi came onboard the Marvel Cinematic Universe to give us Thor: Ragnarok, the God of Thunder has become more endearing, enterprising, and immensely entertaining. It was almost like the pale grey of his armour in the first two films gave way to a wider spectrum of colours that we now associate with the Odinson. In Thor: Love and Thunder, there is fun, there are colours, and there is Thor at the top of his game, but something is amiss in this latest instalment that prevents it from joining the ranks of Ragnarok. The film starts with two origin stories. One, a grim narration of how Gorr, a god-believer turned into the God Butcher, and then, a fun little narration by Korg of how Thor oscillated between a god bod to dad bod to sad god. These scenes almost happen one after the other, and it is this dichotomy that is both the advantage and disadvantage of Thor: Love and Thunder. Even the most serious scenes, barring the ones in the final act, are dealt in a lighter vein, and there are so many one-liners thrown around that after a point, our mind automatically waits for the punch dialogues to be said instead of it organically exciting us.

The story is simple. Gorr wants to kill all the Gods. Thor is a God who doesn’t want to die, and neither does he want others to die. So Gorr and Thor meet at a shadow realm, which is a colourless dark place that might even suck the soul out of Dementors. From there, we move on to tales of bravery, hope, love, and the physical manifestation of the concept of eternity, which was startling and comforting at the same time. There are multiple plot points about love and the lack of it, and with Natalie Portman’s Dr Jane Foster returning to the MCU as the Mighty Thor, our Norse God has renewed will to stay in the universe. Just like most MCU movies, Love and Thunder too is just one set piece after the other. And staying true to Ragnarok’s visual style and audacious narrative, here too, we have unsuspecting cameos that not just pique the interest in this film, but also sow the seeds of the conflicts in Thor’s next great adventure. We see the ragtag group of Thor, Valkyrie (Tessa Thompson), Mighty Thor, and Korg go to meet the Gods of the Universe where we are acquainted with Zeus (Russell Crowe is a hoot). We see Matt Damon and Luke Hemsworth return to the MCU to play the onstage versions of Loki and Thor. These scenes are hilarious, and Taika Waititi scores heavily on such portions, which are prevalent across the crisp 2-hour runtime. The film also neatly reaches the emotional highs that come with the exchanges between Thor and Foster, and there is a throwaway line about Valkyrie drowning her sorrow in alcohol. And most importantly, Waititi shows incredible empathy towards Gorr (a terrific Christian Bale), who is reeling under the loss of his daughter to his beliefs. This tightrope walk between unabashed fun and overwhelming sorrow is something Waititi expertly traversed in his previous film, Jojo Rabbit too. However, the biggest problem of Thor: Love and Thunder is the lack of really high stakes. Never do we feel that something grave might be afoot in Thor’s life. The lighthearted approach to the narrative becomes the bane of emotional investment with the characters of this film. We can blame Endgame for this ominous anticipation of things. Also, with the target of the supervillain being gods themselves and not the humans, it kind of takes away the sheen from the saviour complex that these films greatly possess. However, the ideology behind this line of narration is fascinating because it aska a pertinent question.. “Do Gods die?” which is almost like the MCU equivalent of “Do you bleed?” line from DCEU.

More than the fun and frolic, Love and Thunder is an intense introspection into the idea of gods and beliefs. Probably, this is the takeaway that Taika Waititi wanted the film to give its audience. However, we know that MCU is a blockbuster-churning factory that needs certain boxes to be ticked, i’s to be dotted, and t’s to be crossed. Instead of a deeply pensive film about Gorr, we now have a superficial, funny, but a grand spectacle about Thor that deliciously sets up Phase 4, and in the larger scheme of things, that is all we can ask from MCU, for now.

Verdict: A fun entertainer that hits all the highs, but leaves us with a rather incomplete feeling. 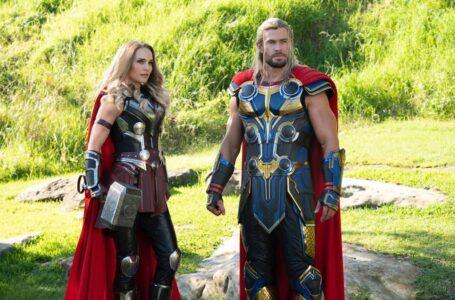 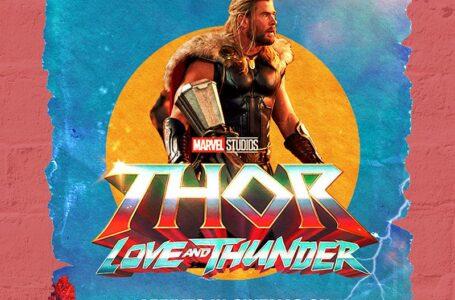 Indian Fans Rejoice…. Thor is back, this... 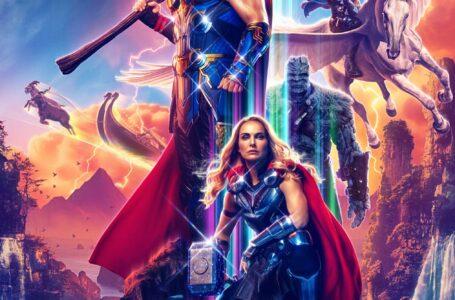 Our Favourite Avenger is back!