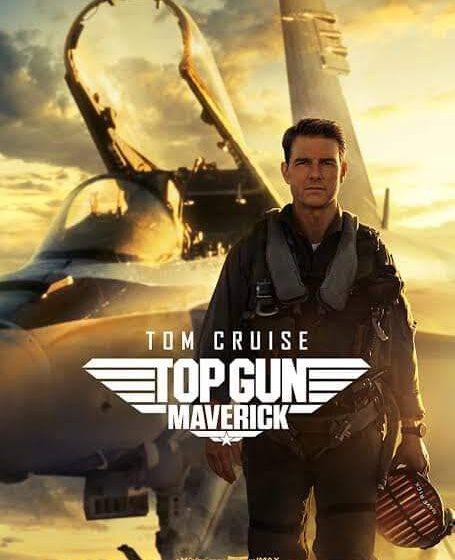 It has been 36 years since we first saw Tom Cruise sport a leather jacket, don aviator sunglasses, and walk in slow-motion towards the camera. Since then, staying true to his name, Tom Cruise has cruised forward in top gear churning out one blockbuster after another without showing any signs of slowing down. This trend continues with his latest summer blockbuster, Top Gun: Maverick, the sequel to his 1986 classic, Top Gun.

The sequel stays true to the time lapsed between the two films, and we see Captain Pete “Maverick” Mitchell 36 years since that iconic climax that saw Maverick mend his relationship with Iceman, and deal with the debilitating loss of Goose. While Iceman has gone on to become an Admiral in the Navy, Maverick is content being a Captain and a Test pilot. What happens when fate puts him back in the Top Gun facility is what the film is all about.

Top Gun: Maverick is not just about the flashy and jaw-dropping aerial stunts that are the heart of the film. It is also about Maverick coming to terms with the need to settle down, and mend fences with Goose’s son, Rooster (Miles Teller), who is his student at the Top Gun facility. With almost a video game-like narration where there is one final challenge and there are multiple levels before you get there, Top Gun: Maverick works like clockwork on each of those levels. There are adrenaline-pumping stunts that get tougher and more exciting as the pilots level up. There are emotional highs that the leads have to deal with as the scenes progress. Like a cruising fighter jet, Top Gun: Maverick knows when to soar up, dive down, maintain a steady speed and go in stealth mode at the right times. 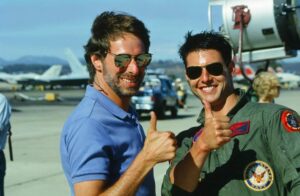 While the absence of Charlie (Kelly McGills) from the original is felt, the sheer charisma of Jennifer Connelly, who plays Penny, Maverick’s new love interest, is just about the perfect replacement. The scenes between Penny and Maverick have an uncanny sense of poignancy that grounds this high-flying film. Similarly, the emotional side of Maverick is wonderfully explored in the film which has him come to terms with a lot of changes in his own life. It is not often that we see an action blockbuster that makes us tear up with pure emotions, and with Top Gun: Maverick, there is more than one instance where it happens. It is these emotional connections that make us root for each of the Top Gun pilots who go on a daredevil mission to save the world.

In most such sequels, the newer batch of characters more often than not take off from the older bunch, and essentially, we see a rekindling of nostalgia. Here too, be it the equation between Hangman and Rooster, or Rooster and Phoenix, and the camaraderie between other pilots is reminiscent of what we saw in the 1986 film. It is a smart move that not just satisfies the audience who grew up with Top Gun but also uses the successful template to lure in newer audiences. Of course, we have the team-building exercises, shirtless pilots, aviator sunglasses, slow-motion walks against the rising/setting sun, wide-toothed smiles, having each other’s backs, last-minute daredevilry, and more. While this isn’t new, it definitely works because… well… a terrific Tom Cruise is at the centre of things.

There is no doubt that Top Gun: Maverick is an outstanding sequel that is brilliantly directed by Joseph Kosinski. The words of Ehren Kruger, Eric Warren Singer, Christopher McQuarrie, Peter Craig and Justin Markson, are wonderfully brought to life through the camera of Claudio Miranda and the editing table of Eddie Hammilton. With such a strong technical crew, and performances that match the levels set by this team, Top Gun: Maverick perches itself as the gold standard when it comes to sequels to cult classics.

Where will Maverick go from here? Wherever it pleases him because… he is THE Tom Cruise, and he is OUR Last Action Superstar.

Verdict: The near-perfect sequel with a near-perfect Tom Cruise hits all the right notes and soars high enough to respect the original and still be its own beast