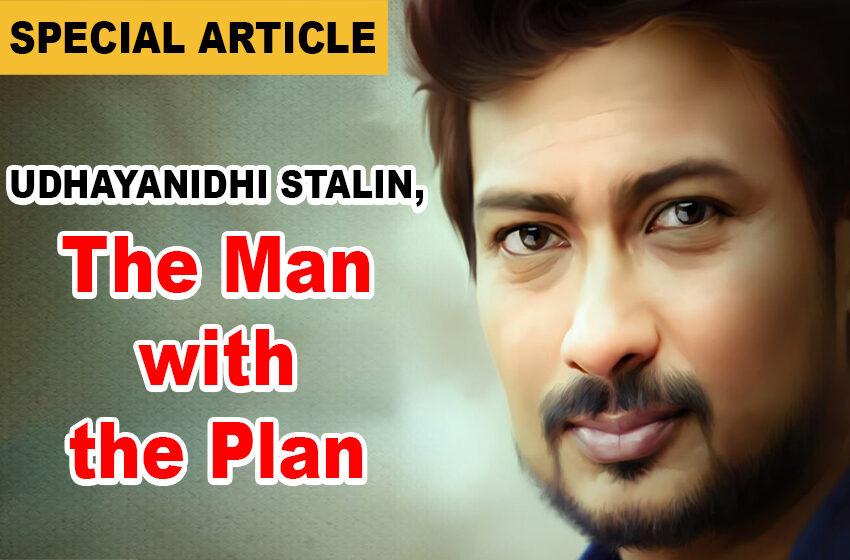 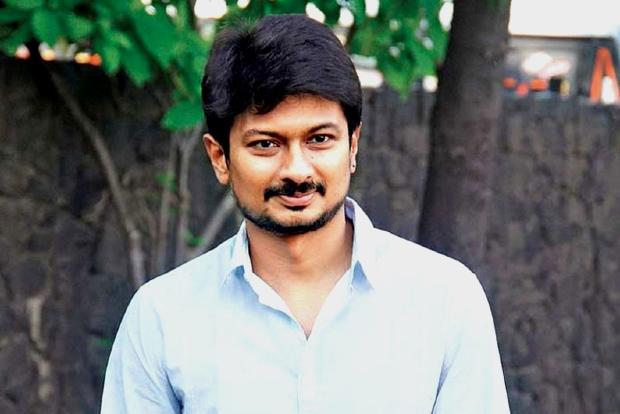 The last time a Udhayanidhi Stalin film was released, it was still a completely different world. Psycho showed us how Udhayanidhi fit into the world of a maverick filmmaker like Mysskin. We were just warming up to the actor in him. We saw glimpses of his calibre in films like Nimir, Manithan, and Kanne Kalaimaane, and with Psycho, we finally came to terms with Udhay, the actor. It was still a couple of months before the Prime Minister of India made a surprise visit to our electronic devices and imposed the lockdown. It was still a few months before cinema across the world came to a standstill. Most importantly, in a year or so, Tamil Nadu was gearing up for its next Assembly elections. 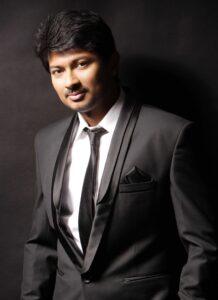 Twenty-seven months, and a couple of life-altering career progressions later, Udhayanidhi is back with another film… Nenjuku Needhi. This time, he is a MLA, and is also expected to take up a ministerial berth soon. With such a turnaround in his political life, it was expected to see his cinema career take a backseat. However, what one didn’t expect is the upswing in the prospects of his career as a film distributor. While many attribute the recent acquisitions of Red Giant Movies as a coercion of sorts from one of the most powerful people in Tamil Nadu right now, Udhayanidhi is clearly unfazed. “Producers come to Red Giant to ask us to distribute their film. I say ‘No’ more than saying ‘Yes’. In fact, even last week, I released a film as a favour but didn’t take the credits for it,” says the actor-politician, in the round of pre-release interviews he did for the Arunraja Kamaraj directorial, Nenjuku Needhi. 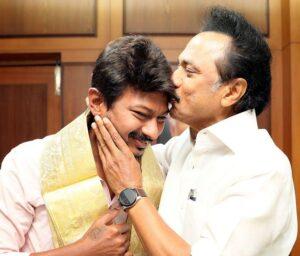 What impressed people the most about this set of interviews was Udhayanidhi’s calm and composed demeanour. He looked like the anti-thesis of a Tamil Nadu politician and looked relaxed in T-shirts and Jeans as he sat across reporters asking him questions ranging from his personal politics to the politics of the film, and ministerial ambitions to cinematic aspirations. For every curveball, the seasoned politician in Udhayanidhi dodged it with a smile or a well-crafted answer. When asked if he’d be a minister soon, Udhayanidhi said it was upto the party and appa… I mean, CM MK Stalin. When asked about the politics of the film, he pointed to Arunraja and said it was all his brainchild. When questioned about the criticisms that Article 15, the original Anubhav Sinha film that is being remade as Nenjuku Needhi, Udhayanidhi, with a smile, said, “Even before starting to film the remake, Arunraja and I discussed each and every aspect of the film in detail. In fact, I asked almost every question that the reporters are now asking us. It is only after the answers convinced both of us did we begin on this journey.” Incidentally, Udhayanidhi revealed that this journey had three starting points since producer Boney Kapoor floated three remake ideas, including the remake of Badhaai Ho that has now been made as Veetla Vishesham by RJ Balaji. However, Udhayanidhi not only preferred picking up the Article 15 remake but also decided on the director he wanted to take on this journey. “After Kanaa, I felt Arunraja would be the perfect choice for making this film. There is a shot of Periyar in the house after the protagonist decides to take her career into her own hands. I liked his view on progressiveness, and that is why I felt the remake would be in safe hands. Also, I was done doing comedy and wanted a breather of sorts, and Article 15 fit that bill,” said Udhayanidhi, who also explained the reasoning behind the title of the remake, which is incidentally the title of the seminal work by the doyen of Tamil Nadu politics and his grandfather, M Karunanidhi. “When Arunraja told me about the title, I was a bit apprehensive, but went ahead and asked our CM about using it. It is only after he was convinced that we would do justice to such an important title that he gave us the go-ahead,” said Udhayanidhi, once again facing a curveball that would have labelled him as interfering in the director’s vision to further his political agenda. 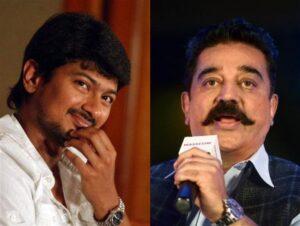 Another agenda during these interviews was to know what prompted Udhayanidhi to take up the distribution duties of Vikram, which is backed by his political rival, Kamal Haasan. A fitting response to this was given by both these actor-politicians in the Vikram audio launch where they spoke about how their relationship crosses political lines. Waxing eloquently about his respect for Kamal Haasan, Udhayanidhi said, “It isn’t easy to make Kamal sir do what he doesn’t want to do. There is no question of coercion in any form. It was something I wanted to do, and when I asked him if I could distribute Vikram, his acceptance to the same meant a lot to me.”

It is after facing a bunch of curveballs like this that Udhayanidhi served one of his own. It was a given that he would be questioned about his upcoming film, Maamannan, which is directed by Mari Selvaraj, and stars Vadivelu, Keerthy Suresh and Fahadh Faasil. While Udhayanidhi did speak fondly about working in the Mari Selvaraj film, he also expressed his gratitude to his directors and co-stars who are accommodative about him balancing his service as a politician and acting career. It is at this juncture that he gave a shocking statement. “I am not sure if I can do this balancing act for much longer. In fact, I have decided that Maamannan will be the last film I do as an actor. I want to train all my focus on my people. After finishing my commitments for a few other projects, and Maamannan, it will be time to say goodbye to Udhayanidhi, the actor.” This statement made the headlines across entertainment portals. While the sudden announcement does come as a shocker of sorts, it isn’t to say that the rumours of the same hadn’t surfaced earlier. With a long political career ahead, it made sense that Udhayanidhi decided to travel on one path with both his feet firmly on it rather than trying to ride two exacting horses at the same time. Where he goes from here is a question for the future, but from what we are seeing with respect to Udhayanidhi’s vision as an actor, it is clear that when he finally hangs up his acting boots, he’d leave behind a lasting legacy. He’d go on such a high, and leave his fans and the audience wanting and craving for more. The biggest question would be… “Why now?”

And… Isn’t that the best way to say goodbye…? 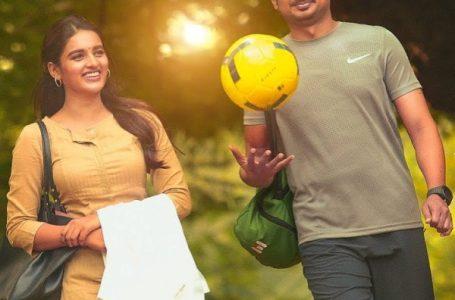