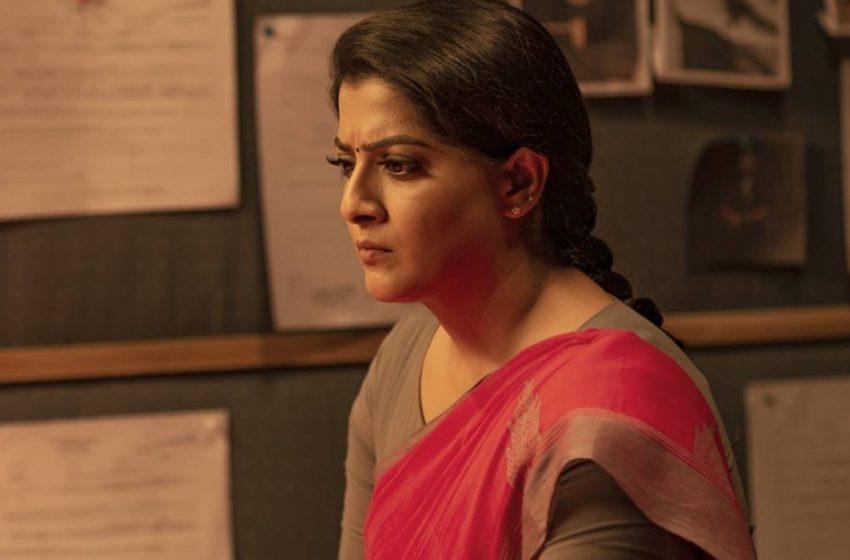 Tamil cinema has been constantly coming across movies based on sexual abuses that amalgamate the pathos and touches of the melancholy of victims, and a verdict either from the judicial system or one man’s vengeance through violence. Many auteurs seem to pick up such story premises either based on true incidents or fictional ones, for they easily appeal to the emotional domains of audiences. V3 (a) Vindhya Victim Verdict is the latest one in this league as filmmaker Amudhavanan tries to present yet another movie based on a gang rape and murder of an innocent girl followed by the encounter of 5 youngsters, who were alleged as culprits. V3 opens with Human Rights Commission appointing an ex-IAS officer Sivagami (Varalaxmi Sarathkumar) to interrogate the officials, who were responsible for the encounter of 5 youngsters for brutally raping and killing a girl Vindhya (Pavana). The story traverses through the perspectives of various characters that ends with a shocking revelation.

What could have been an emotional drama with gripping moments turns out to be a middling work. We tend to expect some riveting moments with the interrogation of the protagonist Sivagami, but later we realize that she is just a character artiste, who has nothing to do but listen to the statements of the other characters. On a positive note, there are good sequences that let us appreciate the filmmaker. If he had tried executing a few more sequences of this pattern, the film would have been more engrossing.

Although there are many actors in the movie, it’s Ester Anil and Aadukalam Naren, bring up amazing performances. Although Varalaxmi has minimal screen presence, she has done what is required for the role.

Overall, V3 has a story premise that would have worked big with a few more engaging scenes. For now, it’s a passable show that can be watched.