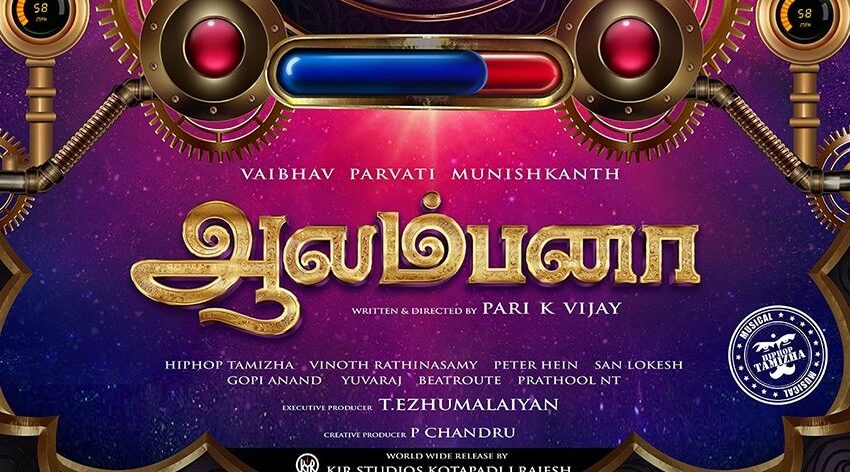 Fantasy films always have a tendency to garner attention. One such fantasy film that is now all set to get made is Aalambana.

Films that have been made on Aladdin have always won the hearts of audiences, especially children. Aalambana too is being made on similar lines and has a unique concept that is bound to make it appealing to all kinds of audiences.

The big budget fantasy film is to be jointly produced by KJR Studios, the firm which released the immensely successful Ajith-starrer Viswasam, and producer Chandru.

Written and directed by Pari.K. Vijay, the film will be a full-fledged commercial fantasy entertainer. Pari K Vijay, who will be making his debut as a director through Aalambana, has worked on quality films like Mundasupatti and Indru, Netru, Naalai as an assistant director.

Interestingly, Aalambana is the biggest project (in terms of budget) among all the films that actor Vaibhav has played lead so far. No wonder then, that this will be among the most important films in actor Vaibhav’s career.

The film has an interesting star cast. Apart from Vaibhav and Parvati, it also features Munishkanth in an important role. More importantly, it also marks the return of Dindugal I Leoni, the famous orator known for his witty speeches, back to the big screen.

To add to the fun quotient, the film also has actors Kaali Venkat and Anandraj.

Murali Sharma too plays an important role in this entertainer which will have Kabir Duhan Singh, the man who played the villain in Vedalam, playing the antagonist.

It is not just the cast that is talented. The film has an equally good technical team.

Music for the film is being scored by Hip Hop Aadhi, whose score for the film Comaali was a superhit. Vinoth Rathinasamy, whose striking visuals in Nedunalvaadai won the hearts of everybody, is the cinematographer of this film. San Lokesh, whose editing in the superhit film Ratsasan came in for widespread praise, is the editor of the film. Well known stunt choreographer Peter Hein heads the stunt team while Gopi Anand is in charge of Art direction.

Industry experts are of the opinion that the film is sure to delight audiences across the board. Shooting of this big budget entertainer is to start soon. The film is expected to release in the summer of 2020.