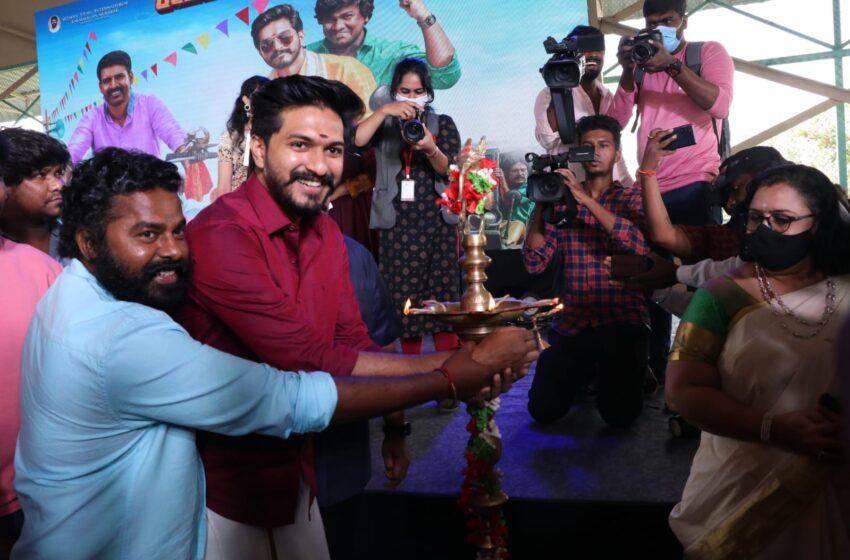 Skyman Films International Kalaimagan Mubarak Presents Velan is to release in theatres worldwide on December 31, 2021, the audio launch of this film was held at Jains Women College TNagar at the audio launch Producer Kalaimagan Mubarak kept his speech short, sweet and simple citing. He said that this is the first time he is experienceing such an event in his production career. He thank everyone on behalf of Skyman Films International. He also request everyone to watch the film in theaters to appreciate the whole team.

Velan movie is a Tamil drama, directed by Kavin. Speaking at the launch Director Kavin felt this was like a carnival “Jain College students have made this occasion like a carnival. He thanked Prabhu sir for being a part of the film. He also thanked the producer Mubarak sir for trusting him and his script , he owed a lot to to the producer for backing him . Director also thanks everyone for making this event a great success and assures that the audience will enjoy the movie in theaters. 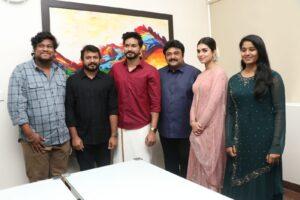 The cast of Velan includes Mugen Rao as a hero and his character is Velan. Speaking at the launch Actor Mugen Rao says he never witnessed such a big stage, he also thanks the director Kavin and producer Mubarak for the wonderful opportunity given to him. His co star Meenakshi Govindarajan her character name in the film is Ananya,speaking at the launch praises Mugen for being such a gentleman and good hearted person, with unconditional love from fans she is confident that this will be a good family entertainment for all in theatres

veteran actor Prabhu plays the role of a father to the leading lady and his character name is ‘Thillaiyar’ Palanisamy. Speaking at the launch says dir Kavin is a wonderful filmmaker and he felt happy to work with him and also appreciates the work of Mugen and Soori for their great effort in this movie.

Soori plays a prominent role as second hero and his character name is Mammuka Dinesh. Soori speaking at the launch share that producer Mubarak sir faced so many challenges, his next production starring GV Prakash is getting ready for release also geared up to distribute Ajith’s Valimai. He also appreciated the work of Mugen which almost gave a good vibe of sharing screen space with Sivakarthikeyan and talking about Meenakshi Soori says that they worked together in Kennedy Club movie and in this movie she has done a commendable performance. 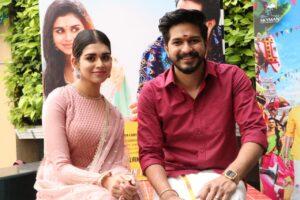 While Mugen, Soori and Meenakshi Govindarajan will be seen in the lead roles, the other actors are Prabhu, Maria Vincent, Prankster Rahul, Thambi Ramaiah, Hareesh Peradi, Brigida and many others. Gopi Sundar, the reigning music director of Malayalam industry has composed music and Gopi Jagadeeswaran has handled cinematography. Balasubramaniam is the art director. K. Sarathkumar is the editor. The other technicians are Mahesh Mathew (Stunt), Dinesh-Viji Sathish-Radhika (Choreography), Uma Devi-Vel Murugan-Kalaimagan Mubarak (Lyrics).

Produced by Kalaimagan Mubarak of Skyman Films International, the film written and directed by Kavin is all set for the worldwide theatrical release on December 31, 2021.