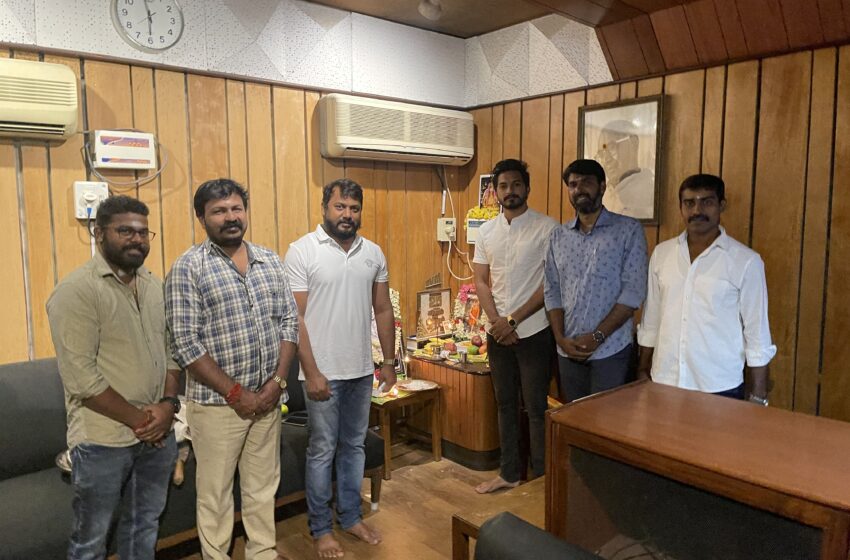 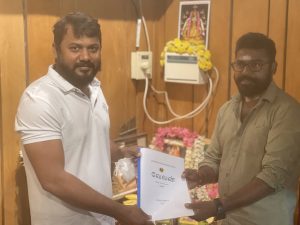 Sky Man Films Kalaimagan Mubarak’s maiden production ‘Velan’ directed by newcomer Kavin is proceeding at a brisk pace with its postproduction phase now. The entire team had completed the shooting exactly as they planned and now they kick-started the dubbing works today with a simple ritual ceremony.
Producer Kalaimagan Mubarak, Sky Man Films says, “I am glad that the whole process of Velan is smoothly proceeding as assured by director Kavin. I am happy with the way; our film is shaping up. We will be soon completing the postproduction work.  We are looking forward to a perfect occasion for the launch of the first look, motion poster, audio, trailer launch followed by a worldwide theatrical release.” 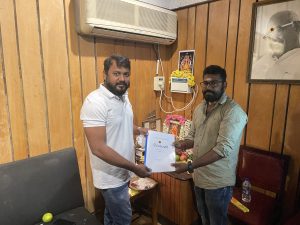 Mugen is playing the lead role in this movie with Meenakshi as his love interest. The others in the star-cast include Ilaiya thilagam Prabhu , Soori, Thambi Ramiah, Harees Peradi, Sri ranjani and Sujatha. Kavin, a former associate of director Siva is embarking on his directorial journey with this film.The film has a musical score by Gopi Sundar, cinematography by Gopi Jagadeeswarran, editing by K. Sarathkumar, artworks by T. Balasubramaniam. Mahesh Mathew is the stunt master, and choreography is by Dinesh. Madhan Karky, Ekadasi, and  Vel Murugan (Lyrics), Dhatsha Pillai and K Rajan (Costumes), “Kalaimamani” Chittrarasu (still photography) M. Chandran, Savarimuthu & Kavin (Dialogues).