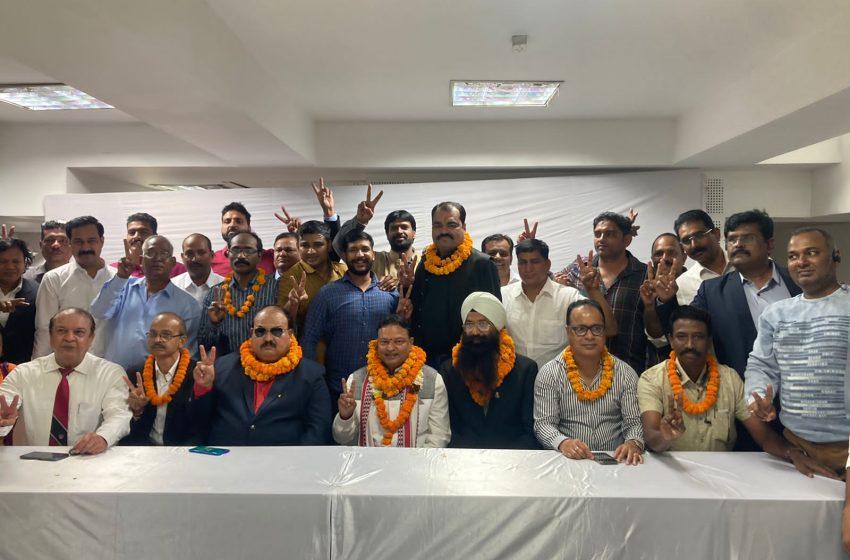 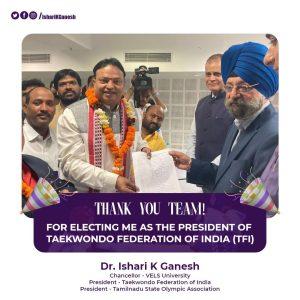 Producer Dr. Ishari K Ganesh of Vels Film International has been garnering heavy praise for his production of blockbuster movies and his reputed service to the field of education. With the icon successfully proving his adeptness in various arenas, the latest one to add one more feather to his cap is the new post. The Taekwondo Federation of India (TFI) held its election for office holders on November 14, 2022, at the Indian Olympic Association’s headquarters in New Delhi where he has been elected as the President of Taekwondo Federation of India.

Sharing the good news, Dr. Ishari K Ganesh says, “Being the President of the Tamil Nadu Olympic Association, I was one of the contestants for the celebrated President post and would like to inform you that we won. I am proud to say that voters from 20 states supported us. It is even merrier to know that this is the first time a South Indian is elected to this coveted title of President in 46 years. It is also notable that from our team not only myself but the offices of the Secretary, Treasurer, Vice Presidents (5), Joint Secretaries (3) and EC members (8) emerged triumphant. It was a clear majority sweep. I wish luck to my opponent and Good Friend Mr.Sanjay Rai Sherpuria from Gujarat & his Team.”