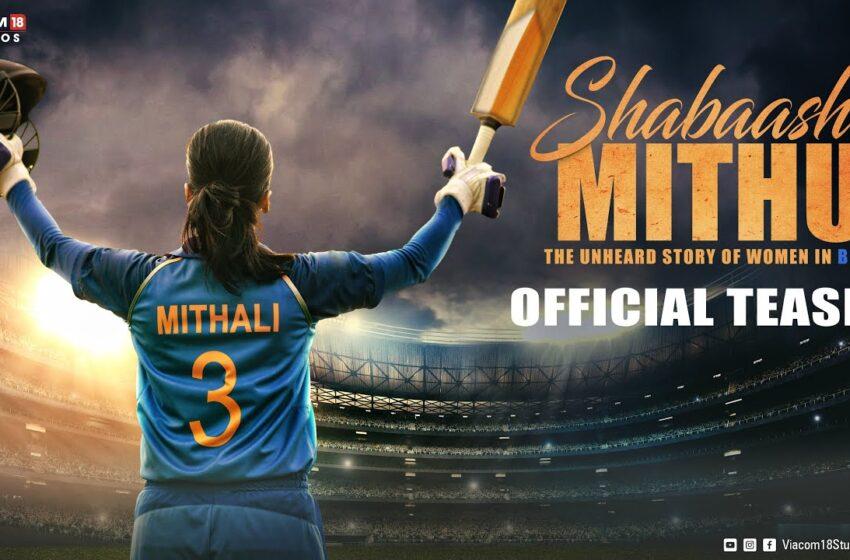 ~Headlined by Taapsee Pannu, the inspirational story of Shabaash Mithu is based on the life of Mithali Raj the game changer of cricket in India ~

Viacom18 Studios today released the teaser of one of the most anticipated films of 2022; Shabaash Mithu. The film narrates the life of Mithali Raj, the Indian Captain who continues to shatter numerous world records while successfully leading the women in Blue at the ongoing ICC Women’s World Cup 2022.

While the teaser highlights the achievements of the Woman in Blue in the gentleman’s game, the film chronicles the highs and lows, setbacks, and moments of euphoria of Mithali’s life. Taapsee Pannu essays the titular role. Also seen in the film will be the talented actor Vijay Raaz in a key role.

Shabaash Mithu has been shot across domestic and international locations to aptly bring alive Mithali’s iconic journey and her meteoric rise to the world stage. Produced by Viacom18 Studios, Shabaash Mithu’s Creative Producer is Ajit Andhare, while the film is Directed by Srijit Mukherji and Written by Priya Aven.