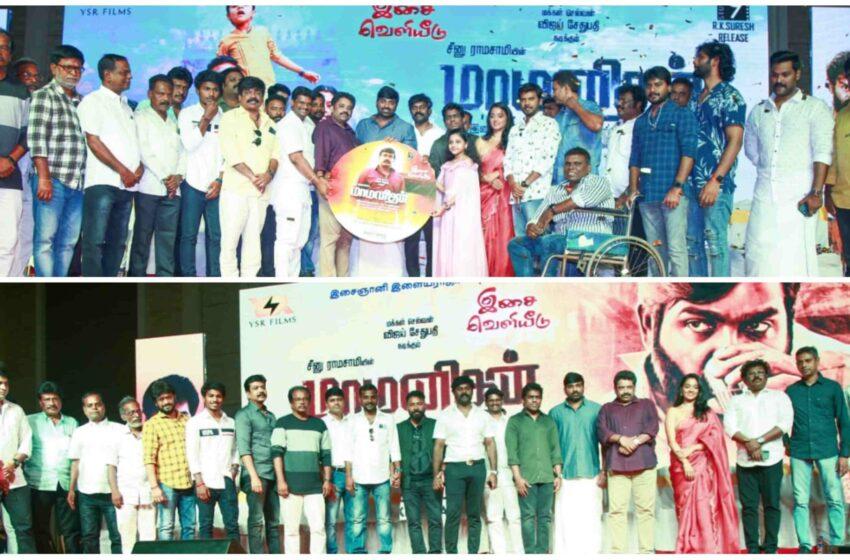 The audio launch of Seenu Ramasamy directorial ‘Maamanithan’, a film starring Vijay Sethupathi, produced by Yuvan Shankar Raja and to be released by R K Suresh of Studio 9 was released at a star-studded event in Puducherry Saturday evening, in the presence of film producers, directors, distributors, theater owners, press, television and media friends, and film personalities.

Speaking during the event Vijay Sethupathi said, “Not many would have got this opportunity to work with Yuvan and maestro Ilayaraja in the same movie. I am a big fan of Ilayaraja and there are many things to learn from his music.

Seenu Ramasamy brings out the human emotions in the movies. He also keeps the audience engaged throughout the running time. R K Suresh has started to celebrate the art and I am happy about it. There were difficult times that we faced ahead of the movie’s release which were handled in a better manner. I thank all of them who were part of this project. “

Director Seenu Ramasamy said that he has his heart open to accept all your love and criticisim. 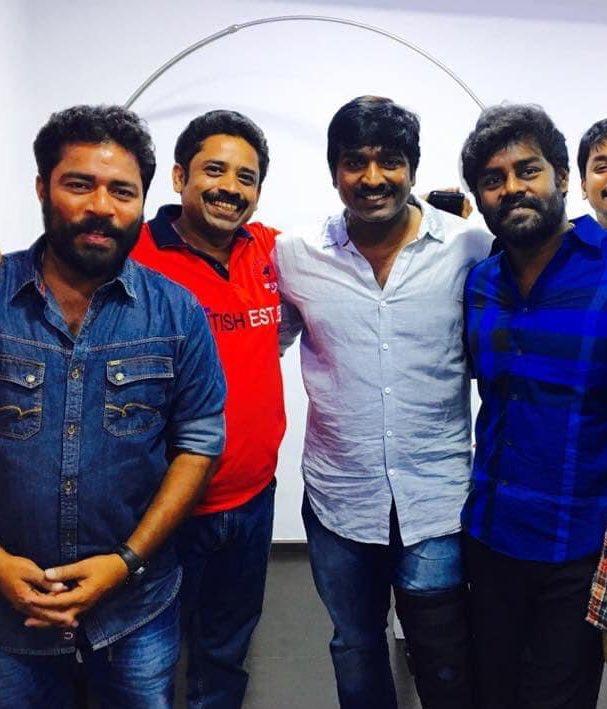 “I am happy that finally good things are happening. I would like to thank Allu Aravind for buying the OTT rights of the film. Superstar Rajinikanth had watched the movie and appreciated it much. The movie is like a child to Yuvan Shankar Raja. This movie would not have happened without Yuvan and Vijay Sethupathi. I started this movie with devotion. As a dedication to Ilayaraja, the movie is set in his birth place Pannaiyapuram,” he added.

Yuvan Shankar Raja said, “There were a lot of doubts about the release of the film. Seenu Ramasamy informed me that R K Suresh was impressed with the film. I was in a confused state but this gave a positivite feeling. Seenu Ramasamy is a fantastic director. When I approached Vijay Sethupathi he said he did not have date. I convinced him saying that my father and myself will be doing music for the movie. He stays humble and grounded. He will reach more heights. I have worked with my father in this film, it happened only because I am producing the film. I will not forget this day. I would like to thank all the technicians who have worked in this film.”

R K Suresh lauded Vijay Sethupathi and said that he is a monster in acting.

“We have an emotional bonding between us. This is an emotional subject and Vijay Sethupathi has pulled it off. Director Seenu Ramasamy is one contemporary director after Balu Mahendra to capture human emotions. Our bonding resulted in the success of ‘Dharmadurai’. Maamanithan will take VJS to a place which only Rajinikanth has reached. Seenu Ramasamy always gets the best out of Vijay Sethupathi. I wish the team success,” he added.

The entire cast and crew if the movie were present during the audio launch.

The audio release function of ‘Maamanithan’ starring Vijay Sethupathi, directed by Seenu Ramasamy, produced by Yuvan Shankar Raja and to be released by R K Suresh took place in Pondicherry.