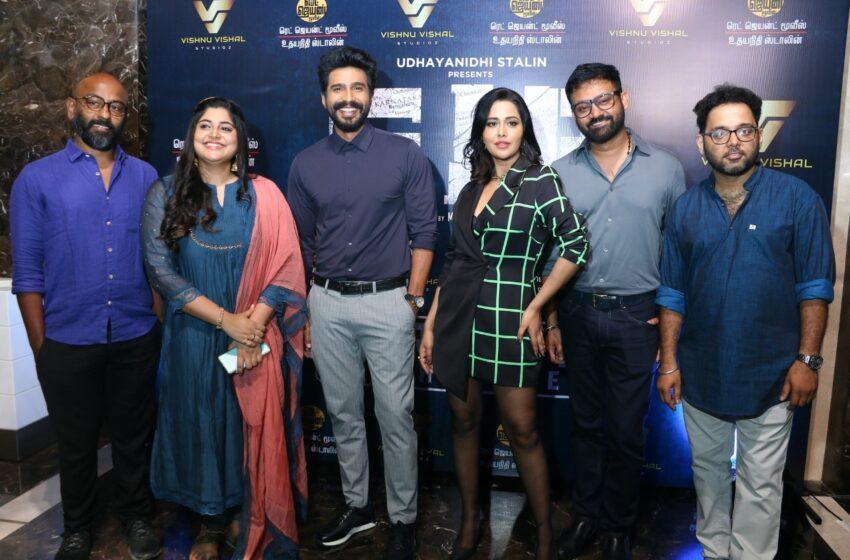 The much-awaited content-driven movie ‘FIR’ featuring Vishnu Vishal in the lead role is all set for the worldwide theatrical release on February 11, 2022. The film is produced by Vishnu Vishal Studioz and is presented by Udhayanidhi Stalin Red Giant Movies. Since the movie has Vishnu Vishal returning to the thriller genre after the grand success of Ratchasan, the expectations levels have been spiking up. The film is a commercial thriller treat for the audience that has Gautham Vasudev Menon in a pivotal character. Manjima Mohan, Raiza Wilson and Reba Monica John are playing the female lead roles in this movie. The entire cast and crew of FIR interacted with press and media.

Here are some excerpts from the event. 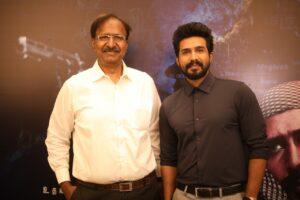 Director Manu Anand said, “I tried to meet Vishnu Vishal in 2016 itself and later got than opportunity through Shravanthi. Initially, Vishnu Vishal got on board as an actor alone, and the producer was someone else. Due to unforeseen circumstances, the producer couldn’t fund this project and called off his involvement. This is when, Vishnu Vishal agreed to carry forward, producing this film. I thank him for banking his hopes on my story. Vishnu Vishal told me that he is webbed into a critical juncture, and based on this film’s result lays his decision, whether to continue his journey as producer or put an end to it. Gautham Vasudev Menon is my mentor for I have worked with him for 8 years. Although, it is a role with minimal prominence, he agreed to perform that role for my sake, and I earnestly thank him for his kind gesture. Manjima Mohan kick-started her journey in the industry as a child artiste, and she has no camera fear. Her performance is so natural, and it has helped a lot in nurturing the film’s content. She would often pick up a funny confrontation that the dialogues are too lengthy, and she cannot deliver it. However, she will surprise everyone on the sets by accomplishing it in a single take. Initially, I had no idea of casting Raiza Wilson into this project as I was not aware about her performances. In fact, I am not an avid watcher of Bigg Boss show, and hence, I had no clue about her performance. However, within 10 minutes of our first conversation, I strongly felt that she will do justice to the role that I had crafted. Of course, she has done a remarkable job. Reba Monica John plays a role with dual shades, and has delivered a marvelous performance. Besides, the other actors like Mala Parvathy madam, Amaan sir, Ramji alongside prominent performers have executed a wonderful performance. Abhishek will have a breakthrough after this film, and It is Prashanth has done a role that is close to his real life character. Director Gaurva has done a guest appearance for my sake. I thank cinematographer Arul Vincent for bringing the complete visuals of this film as I envisaged. Although I share a bonding with Silva master for 10 years, I was initially reluctant to ask for his involvement in this project. However, he amazed me by signing this movie for the love he has for me. The musical score by Ashwath is the biggest strength to this movie. I am very confident that audiences will recognize the efficiency editor while watching this movie. I thank Red Giant Movies Shenbagamoorthy sir for trusting this project and releasing it in the theaters. I am sure, everyone will love and appreciate this movie.” 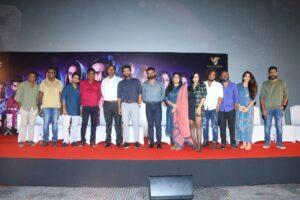 Actress Raiza Wilson said, “Director Manu Anand himself has narrated the complete picture of our first meeting. The character he offered me was quite challenging and I didn’t want to miss it at any cost. Every crewmember in this film has exerted their inmost contribution towards enhancing the quality of this movie. FIR will be a good theatrical experience for everyone.”

Designer Poorthi said, “I thank Manjima Mohan for suggesting me for this project. There are lots of characters in this movie, and director Manu Anand gave lots of inputs that helped me a lot in designing. I am glad to see that the final output is impressive and am sure audiences are going to love this film.”

Cinematographer Arul Vincent said, “The film is getting released after three birthdays of mine as we started working before a long time. Each and every crew member of this film has executed tremendous efforts in this movie. I thank producer and director for giving an opportunity to be a part of this project.”

Editor GK Prasanna said, “The film is going to be an important milestone in my career. I thank director Manu and producer for this great opportunity. FIR is going to be a special movie for everyone, who has worked in this movie.”

Music director Ashwath said, “There are 5 songs in this album, and one more track will be getting released soon. I am glad that all the songs have successfully passed through the editing process. So far, top league music directors have worked with Vishnu Vishal, and I am glad that I have got a chance to be a part of this project. I am glad that director Manu Anand has kept me as music director in his mind even during the days, he had written so many scripts before embarking on his directorial venture, and I feel lucky about it.” 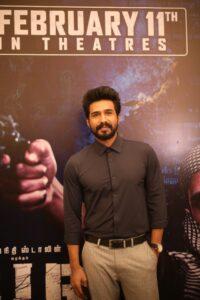 Actress Manjima Mohan said, “I thank Red Giant Movies for ensuring that the movie gets a good theatrical release. I thank stylist Poorthi, for her wonderful contribution to the project. Every character in this movie gets embellished with the costumes, and she has done a remarkable work. Every character in this movie is very important, and it’s great to see everyone here. I am spellbound over the fascinating quality of Vishnu Vishal as a producer and actor. He is so patient, and his commitment to the project has yielded finest results.”

Vishnu Vishal’s Manager Thangadurai said, “I have known Vishnu Vishal from the days of Neer Paravai. Red Giant Movies, Udhayanidhi Stalin has been a pillar in escalating his career as an actor. When I got to hear the script of this film, I was wondering, how well it will get materialized. But to see the final output leaves me amazed. I am confident that the movie will very well received by the audiences in the theaters.”

Vishnu Vishal’s father said, “Tamil Nadu people are responsible for the growth of my son as an actor and good human. I thank the media and press people for writing and spreading good things about him. Udhayanidhi Stalin and Shenbaga Moorthy sir has been a great support in nurturing his growth as an actor, and I thank him for that great gesture. I have already watched the film, and it has come out really well.”

Actor-Producer Vishnu Vishal said, “This is an emotional moment for me, and this stage is very important for me. If not for me for my father, I would have not been here. He has worked a lot for me. I am not sure if I would have been the same in his place. When I met Manu for the first time, I was committed to many projects. I wanted to be a part of many good movies that will help me discover the potentials as an actor. Ratchasan earned me a good reputation and recognition. I decided to be a part of this project after Ratchasan, and I instantly wanted to be a good project. I liked the movie during the narration process itself. I have a friend named Syed Mohammad and I was shocked to hear some gruesome incidents happening in his life due to that name. I was born and brought up in an ambience that kept me away from such instances. When I realized that this movie is based on real life incidents, I wanted to convey it to the world through this project. When the producer of this film couldn’t proceed with this project, director Manu honestly admitted the situation, and asked me not to get stuck with this project, and he can go ahead with his other commitments. I liked his honesty a lot, and hence, I decided to go ahead with it. Currently, I am involved in four projects as producer, and I thank Manu for giving me that confidence by making a good movie. Shravanthi was the one, who introduced me to Manu, and she is like a sister to me. Manu would always ask me to think big, and he has transformed my image into a bigger stature. Actor Dhanush saw the film and appreciated me saying that I have outperformed myself in Ratchasan. I am so elated about such word, and I thank him for his kind gesture. There was a lot of time during this lockdown, and everyone in the crew worked harder to fine tune this project. I owe a lot to Udhayanidhi Stalin brother and Shenbaga Moorthy sir for being such a great support towards my career growth. They have always been a kind support to my projects from Kullanari Koottam. I thank them a lot for taking the efforts in getting good reach with theatrical release for Kullanari Koottam. Also I Thank Red Giant Movies Raja brother. Thangadurai Sir is like a Family Member for me. Do Watch FIR in theatres. Thanks”