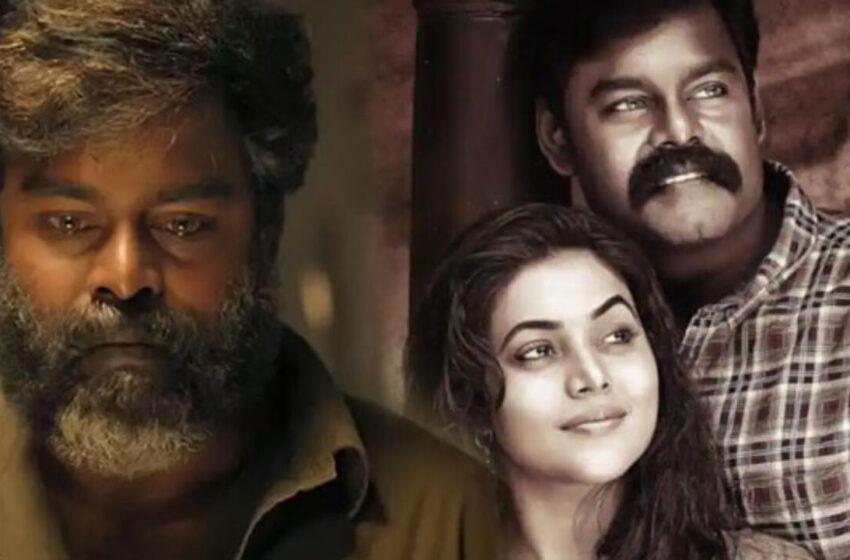 Producer-actor RK Suresh has always aspired for an acting breakthrough and has relentlessly worked on nurturing his career with the best performances. His latest release ‘Visithiran’, a remake of the critically acclaimed 2018 Malayalam movie ‘Joseph’, which became a classic hit has got a decent scope for him to perform. Let us check out how’s Visithiran? Does it engross the audiences completely?

The story is about a police officer, who on his voluntary retirement has become a lone wolf. His wife (Poorna) is no more with him, and his daughter has passed away in an accident. When the same repeats with his wife, he senses something odd and finds out that both weren’t accidents, but murders. With the help of his colleagues, he now embarks on an investigative journey to find out the murderers by risking his life.

Actor RK Suresh has always performed his characterization with the uttermost effort. The pain and melancholy of the character’s loneliness and depression are very well exhibited in his facial expressions and eyes. In fact, the original version too had Joju George coming up with a performance of a similar paradigm. Poorna and Madhu Shalini don’t have much screen time, but their performances are appreciable. Filmmaker Padmakumar, the director of the original version has given his best in extracting good performances from the actors. The other actors like Marimuthu, and Ilavarasu, who play RK Suresh’s friends have done a decent job. The friendship element has been very well portrayed in this movie.

If you’re looking out for the negative aspects, there aren’t many to mention, except the slowness in screenplay for few moments. In fact, the first half might give an impression of slow momentum, but that’s the setting of this story. In the name of adaptation or remake, if Padmakumar had tried to change this setting, it would have diminished the prominence of the intense narrative in the second half.

The background score by GV Prakash Kumar is good. Although he has come up with decent songs, the movie actually doesn’t demand them, and hence, they look like an unwanted aspect. The cinematography and editing are pretty good. Although there are slow moments, the unpredictable climax eclipses them. We have come across many movies based on the medical mafia, where the villain isn’t a single person but a group itself. While such movies, are bound to be action-packed thrillers, Visithiran travels more on emotional notes, which needs special mention.

Verdict: A faithful attempt, which would have been better if momentum was gripping in a few places.