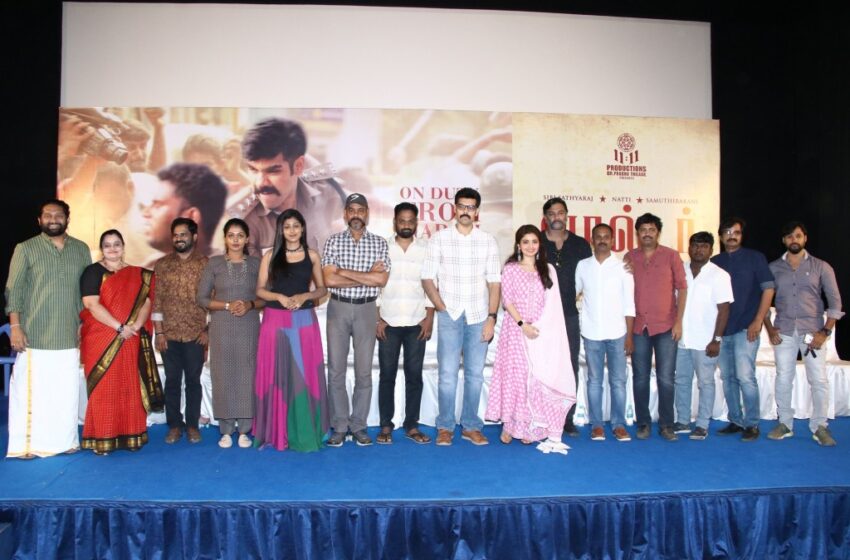 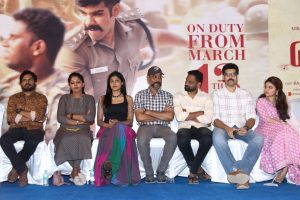 Sibiraj’s Walter directed by Anbu and produced by Shruthi Tilak for 11:11 Productions is scheduled for worldwide release on March 13, 2020.With a week left for the film’s release, the cast and crew attended the Pre-Release Event addressing the press and media.

Producer Shruthi Tilak said, “We have already spoken a lot about the film during the audio launch. I request press and media to take forward the film towards the public for a better reach. We have given our best into the film and awaiting your response.”

Art Director Elayaraja said, “This is my first film as art director and I thank producers for giving me an opportunity to be a part of this project. Just like how ‘Walter Vetrivel’ happened to be a turning point for Sathyaraj sir, this one will be a milestone in the career of Sibiraj sir as well. Technicians have worked a lot harder towards the film’s best output and I wish the entire team for good success.” 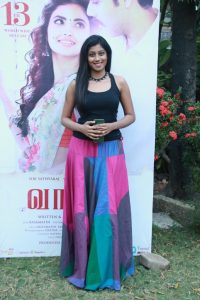 Actress Yamini Sundara said, “Walter is a special film and it happens to be my debut movie as well. It’s really happy to be a part of bigger team. I have got an important role to play in this movie. I am sure, everyone will love this film.” 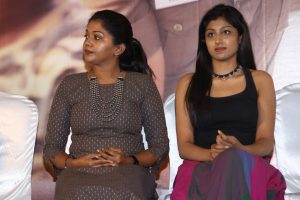 Actress Riythvika said, “We as a team have strived hard to give a good movie and have now passed on to your hands. We are curiously awaiting your reviews and request press and media to support us.”

Actor Abhishek said , “Director Anbu has given a good movie. Working with Sibiraj, Natty and Samuthirakani sir has been a good experience.  I am confident everyone in the theatres will enjoy the movie.”

Actress Shirin Kanchwala said, “Being a part of this film is a big opportunity and I thank the whole team for this. The film has come out well and I have got a meaty role to play.” 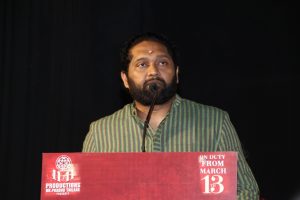 Executive Producer Prabhu Tilak said, “A producer’s duty owns a baggage of responsibility. Right from the script hearing session to the process of getting it materialized and released, it offers lots of lessons and experiences with every project. A film can create a huge impact on the society and I wanted to make films that will impart some good values to the audiences as they can take back home. Walter is such a movie with good commercial entertainment factors. We as a team had lots of creative difference of opinions and yes, it’s a part and parcel in family life. However, our motive behind such conflicts was to give a best and better output. Now to see that the film has shaped up well, we are keeping our fingers crossed awaiting good and positive response from press, media and audiences.” 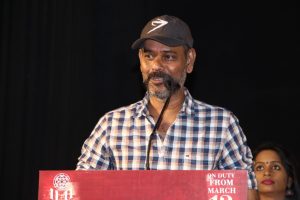 Actor Natty said, “Walter owns an engaging screenplay and I was very much engrossed when the director narrated me this script. It’s really difficult to make a film as narrated by a filmmaker and Anbu has excelled with perfection. It will be a whistleblower flick creating awareness across the society. To work with Sibiraj, it was like watching his father Sathyaraj sir perform. Samuthirakani sir is a close friend of mind and it’s been a greater experience working with him. The entire family of Producers belongs to the police department and they have made this film with a motto of offering a good movie for audiences.” 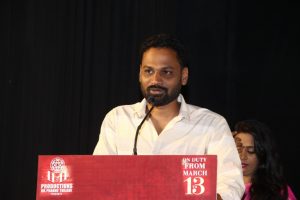 Director Anbu said, “When I approached Sibiraj sir, I told him couple of scripts among which, he chose this one. It’s been a long journey for all of us with Walter and to see that the movie is approaching the big day of release, we are really excited and at the same time curious to see how the audiences are taking it. I thank Sibiraj sir for completely trusting me and giving me the great opportunity. Natty brother has been a big support for the film and everyone in the movie have worked hard for the film’s best output.” 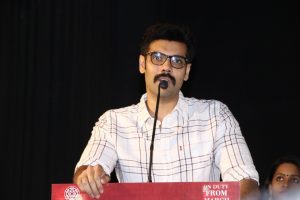 Actor Sibiraj said, “When a good script with good values is written, it will eventually attract more goodness into it. Such happens to be the case with Walter. When we started the journey of ‘Walter’, we never knew that the movie has so many good artistes and technicians. More than all, it has got a wonderful production house after going through various producers. When I got to hear that Natty is getting onboard for an important role, I was quite excited and at the same time, little nervous to share the screen space with him. I have a big respect for him. Just like how I feel nervous to act with my father Sathyaraj and Vadivelu sir, it was same with Natty sir as well.  But he was a greater support for me. Crossing several stages, the film has reached a good stature now. We are happy that the film’s satellite rights has been acquiredby Sun TV prior to the film’s release. Walter will be an enjoyable film for all.”