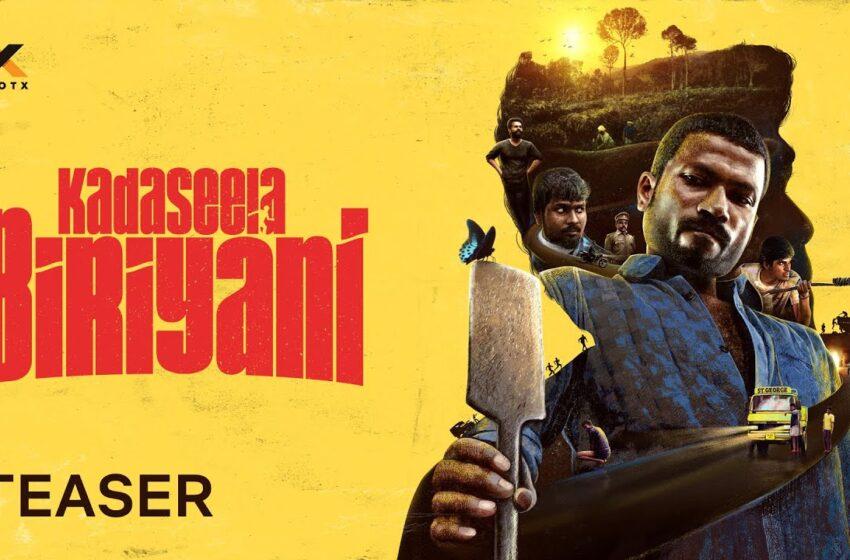 YNOTX – a subsidiary of YNOT Studios which specialises in marketing & distribution of content- driven films, is proud to present a unique crime-comedy Tamil film – “Kadaseela Biriyani”.

S. Sashikanth says – “After having backed films like “Super Deluxe”, “Pakkiri”, “K.D.” , “Vaanam Kottattum” and given a wide platform for these homegrown content to reach the larger audience, YNOTX continues its pursuit with “Kadaseela Biriyani” which is an independently made film that immensely impressed us. The director Nishanth Kalidindi is a talent to watch out for, and this film deserves a wide mainstream release and we are happy to present it to the audiences in the theatres.”

Nishanth Kalidindi (Director) says – “The story is about three youngsters from Tamil Nadu who go to Kerala on a revenge mission. This Tamil film has been shot in beautiful locales in Kerala. Unlike earlier films in this genre, this is a fresh and organic attempt with a uniquely interesting narrative.”

The musical soundtrack of the film is composed by an ensemble of debut music composers and will be distributed by YNOT Music. An exclusive announcement about the interesting soundtrack will be made in the coming days.

“Kadaseela Biriyani” is presently scheduled for a theatrical release in October 2021.