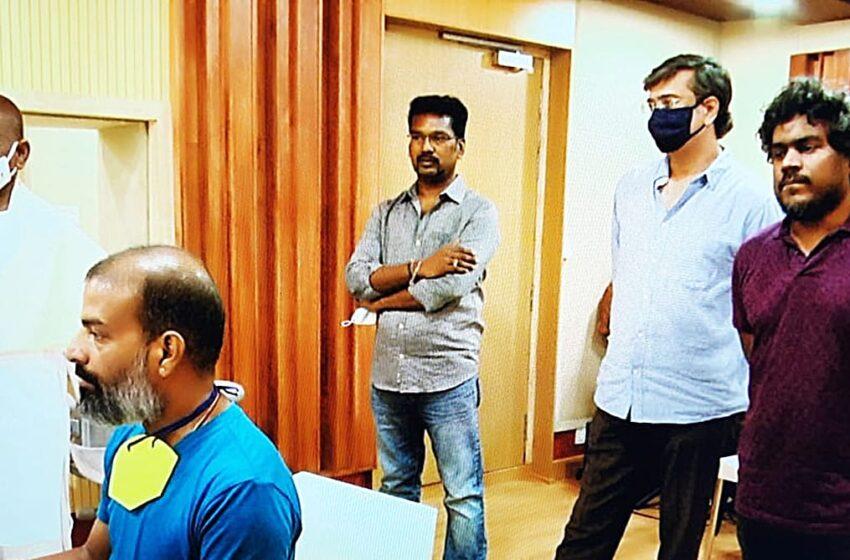 Filmmaker Aadhiraajan’s directorial ‘Ninaivellam Neeyada’ has managed to raise the inquisitiveness among the Tamil film buffs from the point of its inception. Maestro Isaignani Ilaiyaraaja’s composing music (This marks his 1417th movie) intensified the interest in this movie. The film is produced by Lekha Theatres that features Prajin and Manisha Yadav in the lead roles. The others in the star cast include Sinamika, Yuva Lakshmi, Manobala, Rohit, RV Udhayakumar, P.L. Thenappan, Madhumitha, and a few more prominent actors. The film is now proceeding at a brisk pace towards completion. The movie revolves around the beautiful concept of first love that occurs in everyone’s lives during school days. Love and Isaignani Ilaiyaraaja music have been inseparable terms for decades, and his musical score is adding Midas-touch to this movie, which has 5 songs. This includes “Minnal Pookkum Undhan Kangal’ penned by Pazhani Bharathi and crooned by music director-playback singer Karthik, three songs penned by Snekan – ‘Vanna Varaikolgal Avan Mugaththai’ crooned by Haripriya, ‘Vechchen Naan Murattu Aasai’ by Kannada music industry’s leading singer Ananya Bhat, ‘Azhagaana Isai Ondru’ crooned by Karthik and Ananya Bhat again. What’s more intriguing is Yuvan Shankar Raja rendering a fantabulous song in his esthetical vocals, which is written by the Isaignani himself. 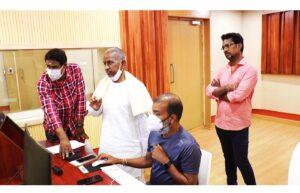 Sharing this great highlight, director Aadhiraajan said, “Working with Isaignani Ilaiyaraaja sir has been my long-run dream, and I am elated that it is coming true with this movie. During the time of composing, I was nervous to be sharing the moments with him, but he made me feel relaxed, asking me to open up about my expectations. Brimming with excitement, I expressed my desire that it would be nice if he pens lyrics for a song. He enthralled me with a beautiful song that has lyrics ‘Idhayamae Idhayamae Idhayamae… Unnai Thedi Thedi Kazhindhathey Paruvamae Paruvamae.’ Maestro has already written more than 100 songs, and this is so special and close to my heart. Furthermore, I requested that it would be nice if Yuvan Shankar Raja croons it. He instantly gave a nod and made it happen. The song is crooned by Yuvan in his mesmerizing vocal along with Bollywood’s most-reputed Srishaa, which has come out really well. 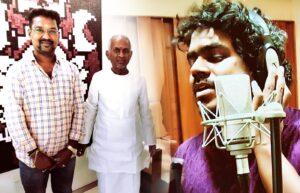 Yuvan Shankar Raja has composed music for more than 150 films and has crooned many Chartbuster numbers as well. He embarked on his journey as a playback singer even before his musical arrival. It all happened with the film ‘Thendral Sudum’ in 1989. His songs have been marvelous and enchanting hits in cyberspace, where music lovers have been constantly acclaiming his splendiferous works across all platforms. Of course, his numbers are ageless, and they prove it by topping the charts over and again over the years.

Not to miss his vocals in the contemporary times for Kadhal Solla Neramillai, Kadhal Aasai Yaarai Vittadho, followed by ‘Andha Kanna’ from Vijay’s Master, ‘Naanga Vera Maari’ from Ajith Kumar’s upcoming film ‘Valimai’. All these numbers have scaled more than 47 million views on YouTube. His vocals are magnetizing it keeps attracting the youngsters. Moreover, his song ‘Saaindhu Saaindhu’ for Isaignani Ilaiyaraaja’s composing holds everyone’s attention. Although there have been few renditions from this duo, this is the first time, Yuvan Shankar Raja is crooning a song written by Isaignani Ilaiyaraaja sir. The song is pictured on Prajin and Sinamika, which is choreographed by Brindha Master. I am confident that the song will scale millions of hearts. Royal Babu of Lekha Theatres is producing this film in grandeur, and we are planning to release it in May 2022.”