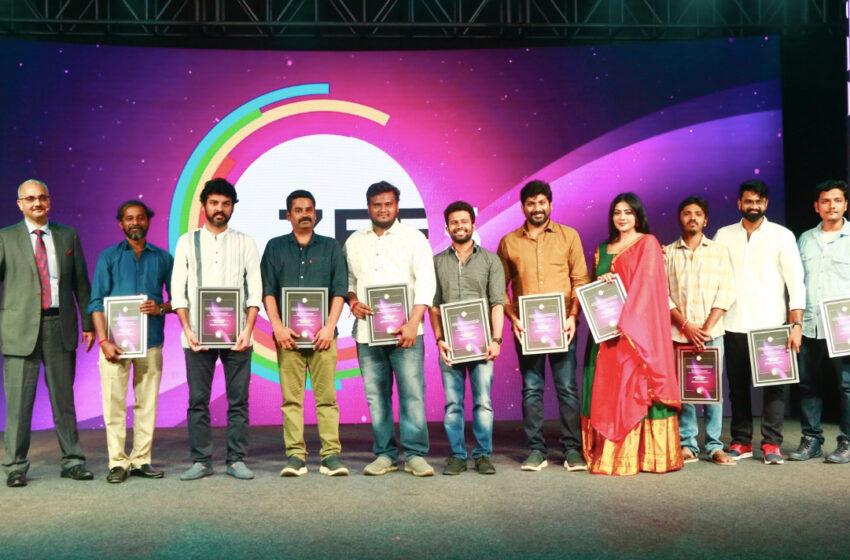 The upcoming originals feature veteran auteur Vetrimaaran’s original series, Prakash Raj and Kalidas Jayaram’s next and a specially curated content slate for Tamil audiences featuring stories across genres that celebrates life ~
The power-packed line-up was unveiled in the presence of some of the most prolific creators from the Tamil entertainment industry Vetrimaaran, Vijay, Kiruthiga Udhayanidhi, actor-director Prakash Raj, Radikaa Sarathkumar, Kalidas Jayaram announcing their upcoming shows along with the cast and crew of the viral hit Vilangu, among others. 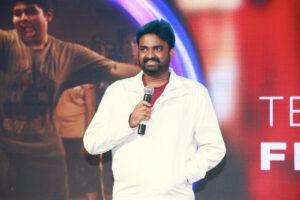 ZEE5, India and Bharat’s home-grown video streaming platform and multilingual storyteller, announced a compelling content line-up in Tamil at a glittering star-studded gala – Oru Awesome Thodakkam in Chennai, adding to the excitement of the upcoming Tamil New year. In attendance at the soiree were some of the most noted stalwarts of the Tamil entertainment industry including renowned Director, Screenwriter and Producer Vetrimaaran who is announcing his original series Nilamellam Ratham, Prakash Raj who stars in a riveting drama series Anantham, the legendary actress Radikaa Sarathkumar who stars in the edge-of-the-seat thriller Karmegam and the political drama Thalamai Seyalagam along with the latest heartthrob on the block, Kiruthiga Udhayanidhi Directorial Kalidas Jayaram – Tanya Ravichandran Starring, coming-of-age drama Paper Rocket. 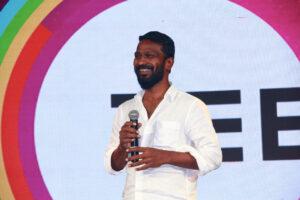 All eyes were also on the cast and crew of Vilangu, the most watched Tamil original series on ZEE5 along with the lead cast and crew of the immensely successful Malaysia to Amnesia and Vinodhaya Sitham. 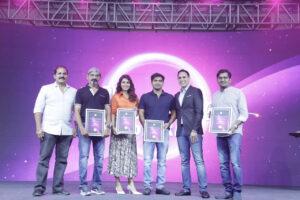 With the strengthening of its already robust Tamil content slate, ZEE5 bolsters its position as India’s go-to multilingual entertainment platform. The exciting line-up comes close on the heels of superstar Ajith’s Valimai, which premiered on our platform last month, fetching the fastest 500-million streaming minutes on ZEE5 worldwide.

Talking about the focus on the Tamil market, Mr. Manish Kalra, Chief Business Officer, ZEE5 India said, “It is encouraging to see the momentum ZEE5 has gained in expanding entertainment exposure for the creators and consumers alike with real, engaging, and authentic multilingual storytelling. Tapping into the hot bed of entertainment resulted in an exponential success for us in the state of Tamil Nadu. Today, ZEE5 has disrupted the Tamil industry with phenomenal response to content, bringing the best of Tamil talent to showcase their artistry across the globe. 2022 will see us double down on our focus for our viewers here and we have ensured the content line-up has something for 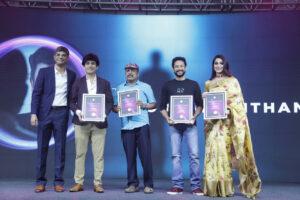 everyone. It features some of the biggest names in the Tamil entertainment industry and we are eagerly awaiting the audience’s response to this carefully curated roster of stories. Tamil being one of our key markets, ZEE5 is committed to tap into its potential, setting our standards high, as we look forward to the continual support of our partners and viewers as always.”

Mr. Siju Prabhakaran, Chief Cluster Officer – South (Linear & OTT), ZEE Entertainment Enterprises Ltd. commented, “We have been successful in creating a strong content repository for ZEE5, offering a diverse range of content to viewers by leaning on our strong legacy and market expertise. The year is about to get more exciting as we bring to you over 10 captivating original series and some of the most anticipated blockbuster movies, which will be available for our viewers in India and worldwide. The vibrant slate includes shows such as Anantham featuring the prolific Prakash Raj, Vetrimaaran’s original series Nilamellam Ratham, new themes like Paper Rocket by Kiruthiga Udhayanidhi, the return of a popular IP Fingertip and many more to keep you captivated and at the edge of your seats. Besides we are also keen to bring to fore stories which are the vision of promising budding makers and showcase fresh talent which may define the future of the Tamil OTT segment.” 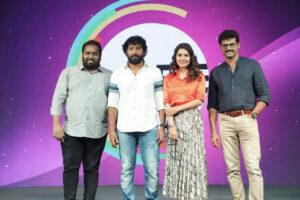 Highlighting the content line-up and stellar cast, Mr. Punit Misra, who heads the content strategic business unit across TV and Digital, as well as the international business of ZEE Entertainment Enterprises Ltd. as President said, “We are delighted with the exponential growth of ZEE5 in establishing itself as a prominent player in India’s exploding OTT ecosystem, especially our success with viewers across Tamil Nadu. We believe our clear design thinking and strategic approach to building a compelling slate along with our partnerships with the best of talent in Tamil Nadu and other key markets, will help accelerate the platform’s popularity further. What sets us apart is our approach to content design, which we call #SoultoScreen, which rests on an intimate understanding of the culture and people, creating stories and characters that are inspired from their life and crafted to stoke their imagination.” 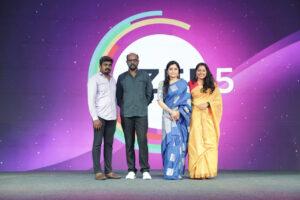 Currently the highest growing OTT platform in India as per latest industry reports, ZEE5 is known for its diversified content across 100+ taste clusters and its focus on real, relevant, and resonant storytelling. Today, ZEE5 is home to over 5 lakhs+ hours of on-demand content and 160+ live TV channels. With a rich library of over 3,500 films; 1,750 TV shows, 700 originals, ZEE5 offers content in 12 Indian languages: English, Hindi, Bengali, Malayalam, Tamil, Telugu, Kannada, Marathi, Oriya, Bhojpuri, Gujarati, and Punjabi. The platform has an exciting line-up for 2022 that will add to its extensive library of content offering a wider array of catalogue to entertainment seekers.