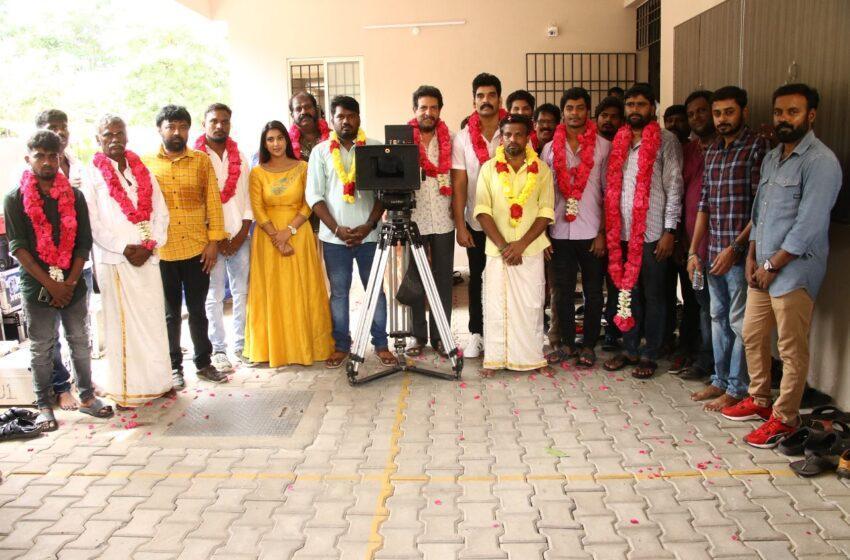 Kollywood has been consistently witnessing the arrival of new filmmakers, who are creating a huge impact with their maiden directorial ventures. Courtesy to their colossal and new-fangled ideas and the brilliant storytelling that eventually turns more spotlights on the Tamil movie industry. Filmmaker G.V. Perumal Varadhan is the latest one to join the league, who kick-starts his directorial journey with a ‘Suspense-Thriller’ flick that unravels the 1000-yr old mystery.

Filmmaker G.V. Perumal Varadhan owns an avid experience of being an associate cinematographer in movies like Maragadha Nanayam, Ratchasan, and Bruce Lee followed by the designation of assistant director in Kanni Maadam. Many eminent actors and technicians from the industry were wowed with his spellbinding screenplay of narrating a phenomenal story of 1000 years of mystery in the format of suspense-mystery genre-blending humor quotients. This indeed has brought forth lots of positive vibes among the crewmembers of this film.

Shedding lights on the film, director G.V. Perumal Varadhan says, “Nandi Varman is the most reputed and well-esteemed emperor in the Pallava dynasty. I have crafted a storyline based on a true incident in his life. The movie will be an amalgamation of 75% true facts and 25% fiction.” He continues to drop more information about the story premise adding, “Emperor Nandi Varman is betrayed and killed by conniving methods, which leads to intense war, thereby entire land gets buried beneath the earth. Consequently, supernatural occurrences happen every day after 6 p.m., which has made people of this present time in the land, locking themselves inside by this time. During this juncture, the archaeology department arrives to excavate the buried land of Nandi Varma Kingdom, only to witness their team members mysteriously dropping dead one by one.

What’s the actual reason behind all such bizarre mysteries will be presented with a gripping and engrossing screenplay laced with historical story backdrops. Many prominent celebrities from the industry have appreciated my script. The humor elements will entertain the audiences to a greater extent. To be precise, the movie will be a consolidated package of Maragadha Nanayam and Ratchasan.”

Suresh Ravi, who captured the spotlights with his promising performance in a character, combating the corrupt police officers in the movie ‘Kavalthurai Ungal Nanban’, is playing an honest police officer in this movie. The film will showcase the honesty of police officers, their sacrifices, and their dedication to protect society. Asha Gowda is playing the female lead role. The others in the star-cast includes Nizhalgal Ravi, Bose Venkat, Aadukalam Murugadoss, Gajaraj, Ambani Shankar, Mullai-Gothandam, Meesai Rajenthiran, Asuran Appu, Bommi Rajan, J.S.K. Gopi and many more prominent actors.

The film is produced by Arun Kumar of A.K. Film Factory. The cinematography is handled by Krishna Moorty, Madhan Karky is penning lyrics, San Lokesh is taking care of editing, Muniraj is the art director. Santhosh is choreographing dance for the songs.

The film will be shot across the exotic locales of Chennai, Chengalpet, Kallakurichi, Senji, and surrounding places. The shooting commenced this morning with a ritual ceremony.