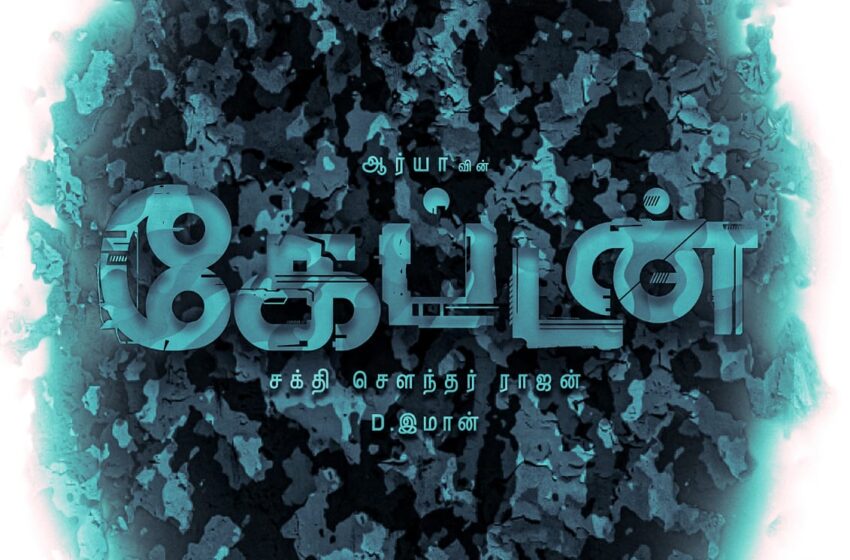 Following the grand success of Teddy, the actor Arya-filmmaker Shakti Soundar Rajan duo has collaborated yet again for a new-fangled movie. As the K-Town knows, the shoot commenced recently in Chennai and is proceeding at a brisk pace. Now the makers have unveiled the film’s title ‘CAPTAIN’.

Sharing the news, director Shakti Soundar Rajan says, “The term ‘CAPTAIN’ is significant and relevant in many aspects of reality. From a sports team to any societal avenue, the term holds substantial prominence. It’s not a position but a character that plays a pivotal tool in accomplishing a mission by leading a team. Significantly, this factor will remain germane to the character that Arya plays in the movie.” The filmmaker, who has delivered consistent hits down the line adds, “Titles have always played a strong part attributing over pulling crowds towards a film. Especially, during this flourishing realm of OTT platforms, which have permanently bridged the gap between countries, boundaries, and linguistic factors, titles are playing an important role in appealing to the interest of universal audiences. More than all, the movie has 100% element that will justify the reason behind having ‘Captain’ as the title.”

Speaking about actor Arya’s performance in the film, Shakti Soundar Rajan adds, “What can I say about an actor, whose dedication and passion for every role and movie is an open book. A Captain is someone, who believes in the process with strong faith, sheer allegiance to the role, which obviously yields the finest results. It has been illustrious with every film he does and Captain will expand his fan base across all regions.”

The first leg shooting of Captain will be completed soon, and the crew will be leaving for North Indian territories by mid-December for the second schedule, where a major chunk of this movie will be filmed. The others in the star cast include Simran, Aishwarya Lakshmi, Thyagarajan, Kavya Shetty, Harish Uthaman, Gokul, Bharath Raj, and a few more prominent actors.

Captain has a musical score by D Imman, cinematography by S. Yuva, lyrics by Karky, editing by Pradeep E Raghav. The others in the technical crew include R. Sakti Saravanan is the stunt choreographer, S.S. Moorthy is the art director, and V. Arun Raj is the CG Head.