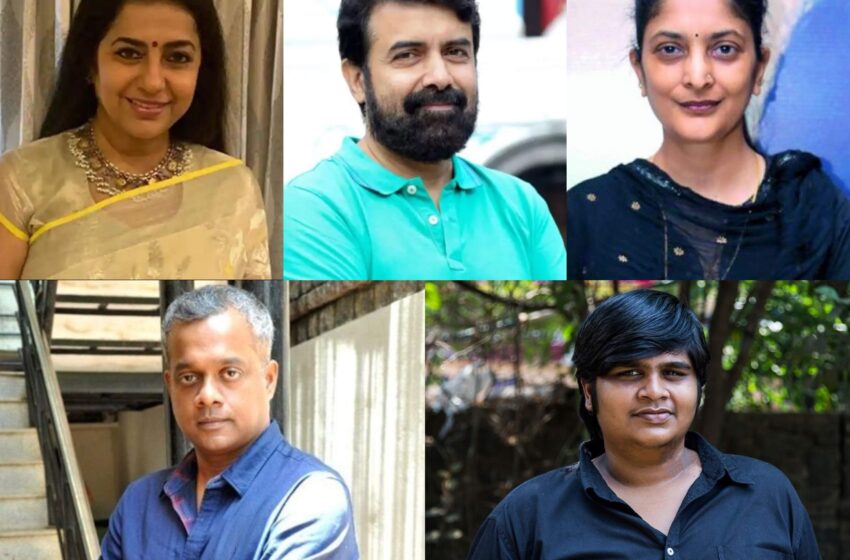 Putham Pudhu Kaalai brings together 5 of the most celebrated directors in Tamil cinema – Sudha Kongara, Gautham Menon, Suhasini Mani Ratnam, Rajiv Menon, and Karthik Subbaraj to create Amazon Prime Video’s first Indian anthology film will release on the 16th of October in over 200 countries and territories

The anthology is a first for Amazon Prime Video and follows the successful release of several Tamil films such as Nishabdham, Penguin, and Ponmagal Vandhal as well as Amazon Original series Comicstaan Semma Comedy Pa and will be available to stream across 200 countries and territories from the 16th of October, 2020.

Putham Pudhu Kaalai was shot in compliance with rules and regulations set by the Film Employees’ Federation of South India (FEFSI) for filming during the ‘Unlock’ phase.

“Putham Pudhu Kaalai was born with the intent of talking about hope, love and new beginnings and the fact that art finds expression in the most challenging times,” said Aparna Purohit, Head of India Originals, Amazon Prime Video, “With Putham Pudhu Kaalai, we are delighted to bring to our customers a unique offering by some of the best creative visionaries from the Tamil entertainment industry.”

The new releases will join the thousands of TV shows and movies from Hollywood and Bollywood in the Prime Video catalogue. These include Indian-produced Amazon Original series like Four More Shots Please!, Pataal Lok, Breathe: Into The Shadows, Bandish Bandits, The Family Man, Mirzapur, Inside Edge, Made In Heaven, as well as award-winning and critically acclaimed global Amazon Original series, including Tom Clancy’s Jack Ryan, The Boys, Hunters, Fleabag and The Marvelous Mrs. Maisel, all on Prime Video, which is available at no extra cost for Amazon Prime members. The service includes titles available in Hindi, Marathi, Gujarati, Tamil, Telugu, Kannada, Malayalam, Punjabi and Bengali.