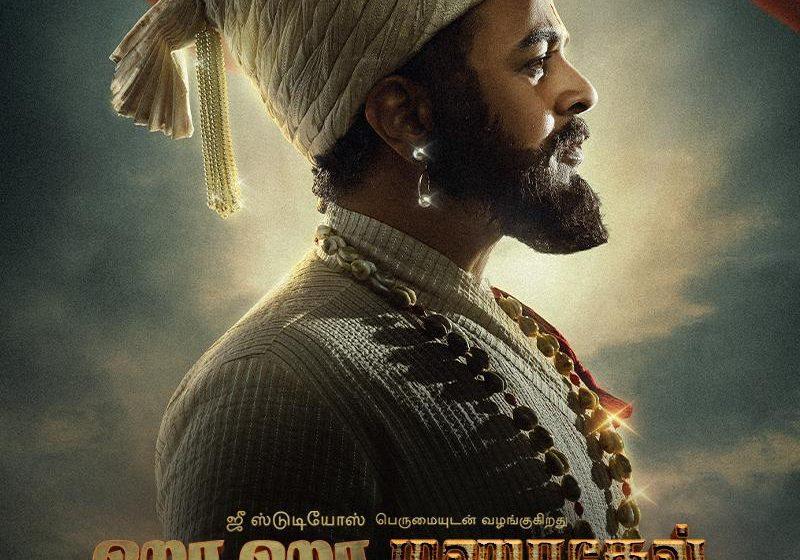 ‘Har Har Mahadev’ is all set to create history in Indian cinema by becoming the First Marathi film to be released in Tamil, Telugu and Kannada languages. The state of Maharashtra is synonymous with the glory of Chhatrapati Shivaji Maharaj all around the world. Chhatrapati Shivaraya’s feats are immortalised in world history and are a constant source of inspiration and admiration for the world. Chhatrapati Shivaji Maharaj dreamt of Swarajya and to fulfill this dream, many brace warriors joined his mission. One of the most eminent Maratha warriors who personify bravery is Baji Prabhu Deshpande. The audience will see the heroic saga of Baji Prabhu in Ghodkhindi in Zee Studios’ upcoming film ‘Har Har Mahadev.’

Written and directed by Abhijit Deshpande, the film stars Subodh Bhave as Chhatrapati Shivaji Maharaj and Sharad Kelkar as Baji Prabhu Deshpande. The film will be released in five Indian languages ​​, including Hindi, Tamil, Telugu and Kannada, along with Marathi on 25th October this Diwali, helmed by Zee Studios. Chhatrapati Shivaraya’s empire extended to South India. The sagas of Maharaj’s bravery and prowess are profoundly recalled and celebrated in the southern part of the country. This is the prime reason that the film ‘Har Har Mahadev’ shall also be released in Tamil, Telugu and Kannada languages ​​for the audiences to celebrate Chhatrapati Shivaji Maharaj’s glory on the big screen.

In the last few years, movies from the south have changed the face of Indian cinema. Films like ‘Baahubali’, ‘KGF’, ‘Pushpa’, ‘RRR’ and the recently released ‘PS1’ literally overwhelmed the screen with their magnificence. The audience was also equally receptive to these magnum opus movies. Interestingly the effect was similar across languages. The movie ‘Har Har Mahadev’ will be a specimen proving that a larger-than-life film with divine stature can be made in Marathi and can carry to potential to attract not only Marathi-speaking audiences but multilingual audiences across the country.

To create a magnanimous effect, for ‘Har Har Mahadev,’ two well-known names from the South Indian music industry will be associated with Marathi music for the first time. The first name is Sid Shriram, who has sung the enigmatic ‘Wah Re Wah Shiva’ song from this movie. The title song of ‘Har Har Mahadev’ has been voiced by Shankar Mahadevan and decorated with percussions by the internationally renowned percussionist Sivamani. At the music launch, Sivamani overwhelmed the audience with his percussive magic. The magic of the songs from the movie ‘Har Har Mahadev’ can be experienced in Tamil, Telugu and Kannada languages ​​as well. This film is about a real battle (Led by Baji Prabhu)in our history where only 300 soldiers fought against 12000 enemy army and won paying for their victory with their lives .

The film will be released across India on October 25th by Zee Studios.