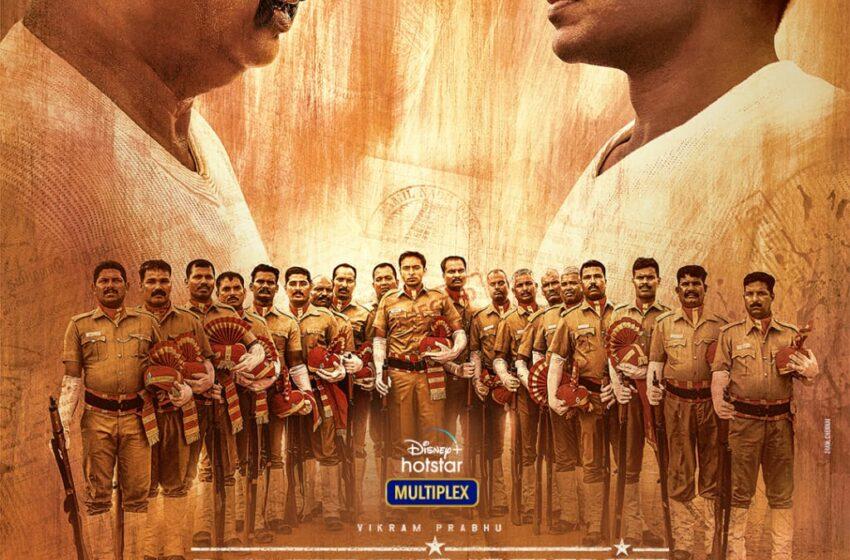 Disney+Hotstar is known for bringing a variety of interesting movies which cater to the Indian audience. We always aspire to bring films which are entertaining & engaging.

The story of Taanakkaaran is set in the year 1998. Tamil cinema has seen a long list of Police Genre films. But Taanakkaaran will break new ground in the genre and it will show the audience, a never seen before world of police training academy.

Likewise, Actor Vikram Prabhu has played a police officer in silver screen earlier but this role will be a milestone in his career. Along with him, each and every actor in the movie has put in lot of efforts.

The posters and the teaser of the film has given a sneak peek about the film, and it has already raised a lot of curiosity. Vikram Prabhu’s first release of this year has been look forwarded with much expectation. The trailer and the audio are set to release soon.

Thamizh, who has won many accolades for his portrayal of a corrupt cop in the critically acclaimed Jai Bhim makes his debut as Director with Taanakkaaran. Thamizh, a former associate of Director Vetrimaaran was also a (former) cop with the Tamil Nadu Police Department.

Ghibran who has the reputation of giving memorable songs and BGMs has score the music for the film. Anjali Nair plays the female lead and Lal, MS.Bhaskar, Livingston and Bose Venkat and many others form the illustrious cast.

Taanakkaaran will stream exclusively only on Disney + Hotstar this April.