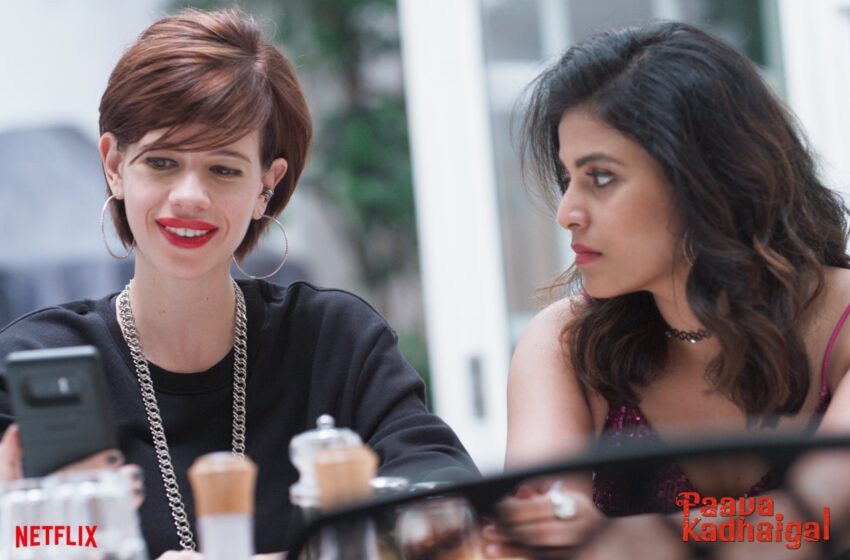 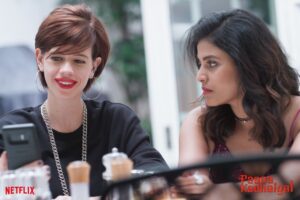 Written and directed by Vignesh Shivan, Love Panna Uttranum follows what happens when the daughter of a prominent political leader falls in love with someone outside her caste. The film’s central characters are played by Padam Kumar as the political leader Veerasimman and his twin daughters, Aadhilakshmi and Jodhilakshmi, played by Anjali and Kalki Koechlin. One of the daughters dares to fall in love with a man not approved by her father and the society, and even more miraculously, decides to come clean with her father. Does love conquer all or does the need to safeguard one’s honour and bloodline matter the most?

Speaking about the film, director Vignesh Shivan said, “I wanted to tell a story of a father and daughter and how complex even the simplest of relationships can get. Love Paanu Uttranum’s is essentially the story of a politically influenced father whose daughters fall in love with men not deemed suitable and what happens next. It was a great experience and a dream come true to have associated with such a wonderful team to bring this extremely relevant story to life.”

The anthology is produced by Ronnie Screwvala’s RSVP Movies and Ashi Dua Sara’s Flying Unicorn Entertainment, and will release on Netflix across 190 countries.

About Netflix:
Netflix is the world’s leading streaming entertainment service with over 195 million paid memberships in over 190 countries enjoying TV series, documentaries and feature films across a wide variety of genres and languages. Members can watch as much as they want, anytime, anywhere, on any internet-connected screen. Members can play, pause and resume watching, all without commercials or commitments.
For the latest news, updates and entertainment from Netflix India, follow us on IG @Netflix_IN, TW @NetflixIndia and FB @NetflixIndia

About RSVP
The vision of RSVP is to develop and create stories that must be told, stories that we would love to tell and stories that people go to the movies for. Younger audiences are closing the mediums of their choice and we maintain it’s an audience revolution and evolution more than a technology one. The goal is to constantly innovate and disrupt in this space of movies, digital content and the new age of documentaries.
Following this vision, RSVP has successfully produced Love Per Square Foot, Lust Stories, Karwaan, Pihu, Kedarnath, URI – The Surgical Strike, Sonchiriya , Raat Akeli Hai , the sky is pink and Mard Ko Dard Nahi Hota. The upcoming films under the banner are Rashmi Rocket , Tejas , Pippa and Sam Maneckshaw