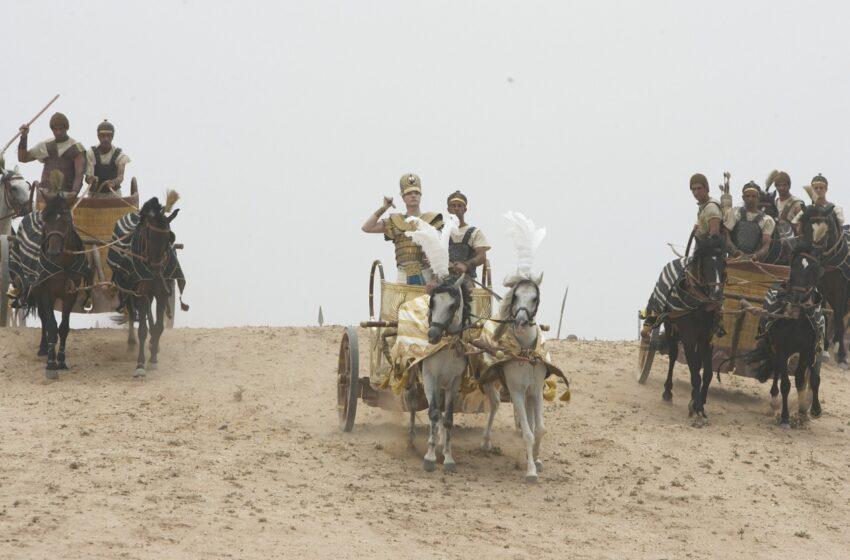 CURTAIN RAISER -It was in 1956 did Cecil B. DeMille (hailed as the founding father of American cinema, regarded as the most successful producer/director in film history!) come up with The Ten Commandments (Paramount Pictures) with a running time of 220 minutes! In India, it ran for over 50 weeks in metros like Mumbai, Delhi, Kolkata, Hyderabad, Bangalore & Chennai (Casino). After 65 years, that magnum opus has been remade with Dougray Scott (Mission Impossible 2 & Batwoman 2022 fame) playing Moses. This big budget extravaganza is releasing Pan India (in English, Tamil & Telugu) and worldwide on 31st December 2021.

SYNOPSIS – Moses’s mother, Jochebed, saves her baby from the edict of the Pharaoh – all newborn male Hebrew children must die- by placing him in a basket on the Nile River. He is found by Pharaoh’s daughter Bithia and adopted into the royal house.
Sometime later, Bithia gives birth to a son Menerith, and they are raised as brothers. Moses grows up knowing that he is not the blood brother of Menerith, but is shown his true heritage (something he knows nothing about) at about the age of 10, he is re-introduced to Jochebed, his father Amram, his brother Aaron, and his sister Miriam.
Years later, Prince Moses and Menerith inspect a building site. While Menerith leaves for a task, Moses continues his inspection only to witness an Egyptian overseer attempting to rape the wife of a Hebrew labourer. Moses manages to rescue the Hebrew couple by killing the Egyptian overseer and hiding the body. When the body is discovered, Pharaoh orders the arrest of Moses but he is able to escape with the aid of Menerith. 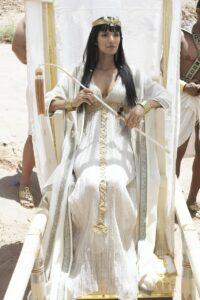 After travelling days through the desert, Moses arrives in Midian and saves the seven daughters of Jethro from tribesmen. In gratitude, their father gives Moses the choice of one of them to take for his wife. He refuses but is later convinced by Zipporah to marry her.

Moses who to wants to know why God allows the Hebrews to be enslaved, climbs Mount Sinai (Mount Horeb) but is confronted by God in the form of a bush that burns but is not consumed. God tells Moses that “I am who I am”, gives Moses his powers, and endows him with the knowledge to free the Hebrews. Because Pharaoh Ramesses refuses to free the Hebrews, Egypt is struck with ten plagues. Only after the final one, during which Pharaoh’s beloved son dies, are the Hebrews freed. However, Pharaoh’s heart is hardened once more due to him being unable to accept his son’s death, and decides to try to re-capture them.

The Hebrews are guided to the Red Sea by a cloud. When the Egyptians’ chariots get near, God blocks their path and Moses parts the Red Sea, providing the Hebrews an escape route. When the Hebrews make it to the other side, Moses closes the separated waters, drowning the pursuing Egyptians — including Menerith. The Hebrews witness Moses weeping over Menerith, whom he later gives a proper burial. 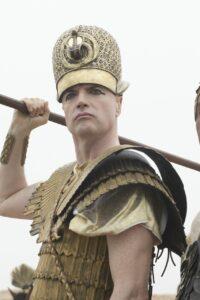 Sometime later, an elderly Moses lives his life as a hermit on a mountain slope and is seen looking at the promised, land, which he is not allowed to enter due to an unspecified previous disobedience to God.