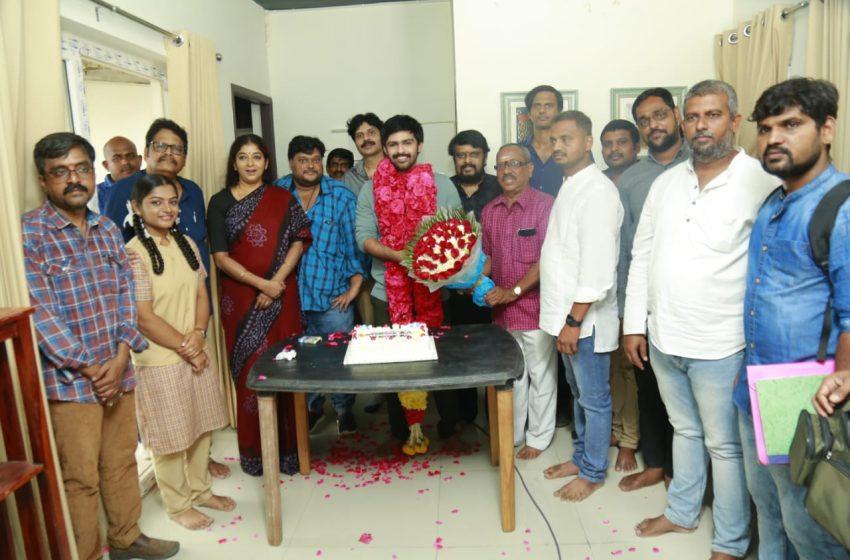 Director Vikraman, widely known for connecting emotionally with the family audience, is now introducing his son Vijay Kanishka as a hero through this film.

This film is jointly directed by debut directors Sooryakathir and Karthikeyan who had formerly assisted Director KS Ravikumar. Actor Sarath Kumar plays a pivotal role in the film.

The film’s Cinematography is being held by Ram Charan, Editing by John and Art Direction by Arun.

On the occasion of the film’s hero Vijay Kanishka’s birthday, yesterday, the filming commenced where the team had shot scenes of Vijay and Sithara together.

This film is expected to reach out and connect with all sorts of audience since it has comedy, action and commercial aspects in it.