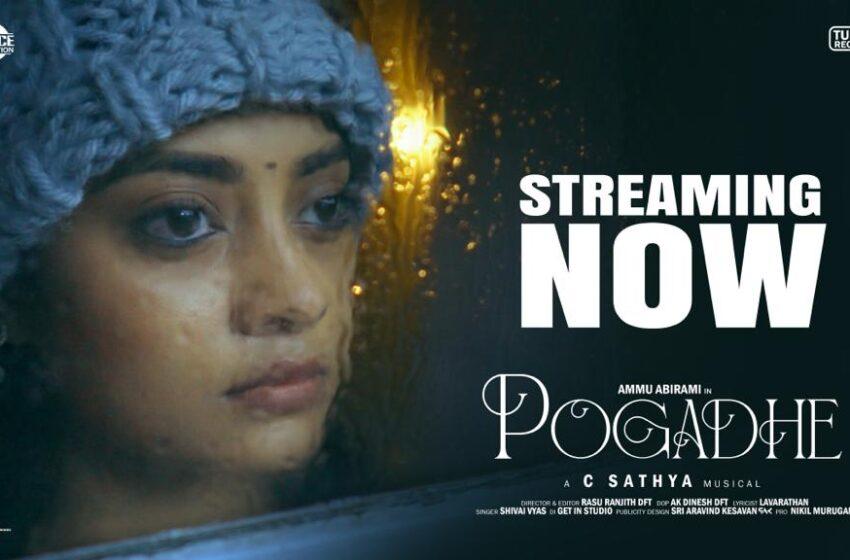 Even as busy working on a string of movies, music composer C Sathya, for the first time, has ventured into an independent album. Titled Pogadhe, it features Ammu Abirami in the lead role.

Set in the backdrop of nature, the song is aimed at expressing and spreading love. It is directed by Rasu Ranjith, who had earlier wielded the megaphone for the 2021 film Theethum Nandrum, while the lines are by Lavarathan, a fast growing lyricist in Tamil cinema.

Pogadhe has been sung by Shivai Vyas, who is a popular Hindi singer and one among the music composers of Salman Khan-starrer Bollywood blockbuster Race 3.

On what made him try his hands at independent album, Sathya says, “it is mainly because of requests from fans. They were continously asking me on my social media pages to do an album. Hence, to fulfil their wish, I have done Pogadhe.”

Talking about the album, he says, “the whole process from ideation to execution to final product took us one month. The song has taken shape very well and everyone has given their best. I am sure this will be welcomed by all.”

The song has been released today coinciding with Ammu Abirami’s birthday (March 16). Sathya says the soulful song will win the hearts of fans.

Interestingly, the song is also having a NFT release on NBICOIN.COM. AK Dinesh is the cinematographer of Pogadhe, while designs are by Sri Aravind Kesavan. The album has been made on Space Production banner.