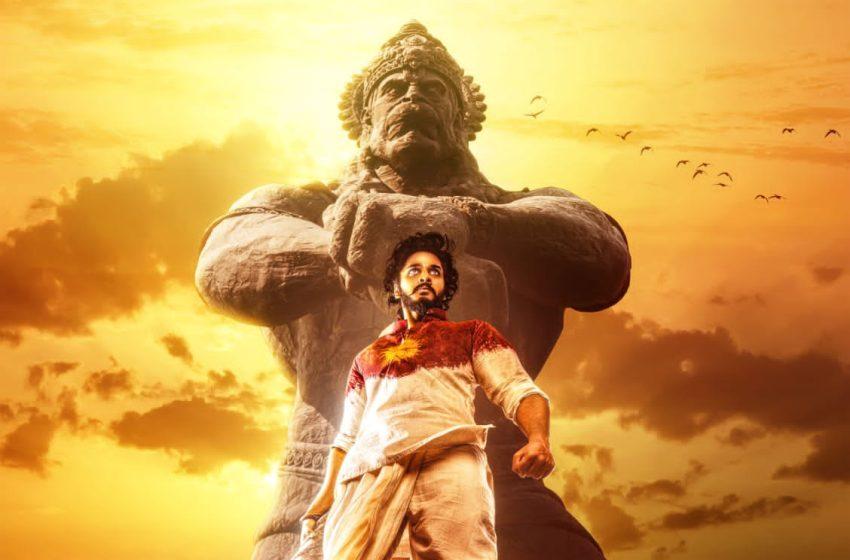 Prasanth Varma Cinematic Universe is a Pan-India shared universe of original Indian superhero movies created by creative director Prasanth Varma. The first feature of the universe titled HANU-MAN starring talented young hero Teja Sajja is gearing up to give an experience like never before for the audience across all languages.

The makers awestruck the entire nation with the teaser of the movie. Every frame was so captivating, and the presence of Lord HANUMAN gave goosebumps to one and all. Prasanth Varma is lauded for his vision and Teja Sajja made a good impression as the superhero.

Meanwhile, the teaser crossed the 50 million views mark, and the likes count is 1M+, which is a big achievement for a film of its range. The poster where Teja Sajja is seen standing in front of Lord Hanuman with a mace in his hand is mighty impressive.

The VFX work or the technical standards didn’t give an impression that the movie was made on a decent budget.

The team recently started the promotional journey from Ayodhya to seek the blessings of Lord Sriram.

Amritha Aiyer is the leading lady opposite Teja Sajja in the movie, where Vinay Rai, Raj Deepak Shetty will be seen as antagonists and Varalaxmi Sarathkumar in a key role.

K Niranjan Reddy of PrimeShow Entertainment is producing the movie prestigiously, while Smt Chaitanya presents it. Asrin Reddy is the executive producer, Venkat Kumar Jetty is the Line Producer and Kushal Reddy is the associate producer.

The cinematography for this magnum opus is by Shivendra, wherein the music is scored by the young and talented trio Gowrahari, Anudeep Dev and Krishna Saurabh. Srinagendhra Tangala is the production designer.

HANU-MAN is presently in the post-production stages and the makers will soon announce the release date.