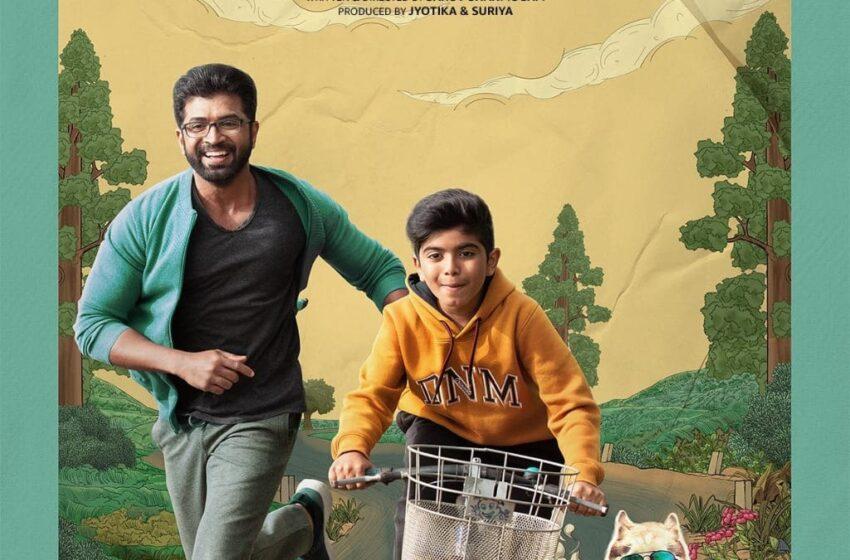 Mumbai, April 6, 2022: Prime Video today announces the exclusive global premiere of the much-awaited film Oh My Dog on 21 April, 2022. Produced under the banner of 2D Entertainment and written-directed by Sarov Shanmugam, the family entertainer brings together three generations of the popular real-life family (grandfather-father-son trio): Vijaykumar, Arun Vijay and Arnav Vijay, who makes his debut as an actor. The film will exclusively premiere in Tamil and Telugu across India and 240 other countries and territories on the streaming service.

A must-watch for every kid and pet lover, Oh My Dog is a heartwarming tale about Arjun (Arnav) and a blind puppy Simba. It’s a film that every child and family will love to watch, enjoy and relate to; the plot delves into their world of desires, priorities, caring, courage, victory, disappointments, friendship, sacrifice, unconditional love and loyalty.

Oh My Dog is produced by Jyotika-Suriya, co-produced by Rajsekar Karpoorasundarapandian and S. R. Ramesh Babu of RB Talkies; music composed by Nivas Prasanna and cinematography by Gopinath. The film is part of the 4-film deal between Prime Video and 2D Entertainment.

This summer indulge in fun with this family entertainer as it premieres in Tamil and Telugu on Prime Video across India and over 240 countries and territories on 21 April, 2022.

Oreo, Waffle, Jo and I, bring to you #OhMyDogOnPrime a film from our hearts to yours, on 21 April @PrimeVideoIN #ArnavVijay #Simba @arunvijayno1 pic.twitter.com/HclXF3r6Ua