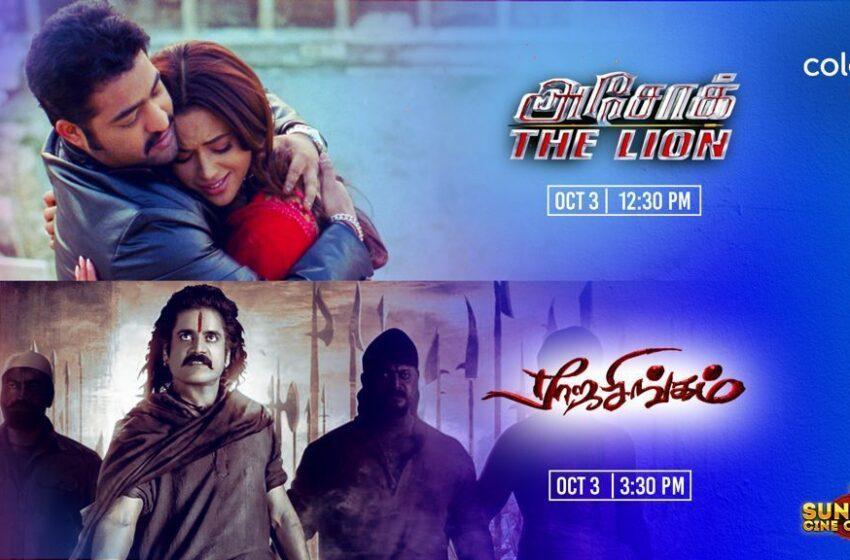 World Television Premiere of Ashok – The Lion and Rajasingam to hit the screens this weekend on Colors Tamil
Tune into Colors Tamil on Sunday 3rd October, at 12:30 PM and 3:30 PM, to enjoy movies on Sunday Cine Combo

Chennai, September 29, 2021: Colors Tamil, Tamil Nadu’s fastest-growing GEC, is set to captivate you with two back-to-back World Television Premieres of acclaimed films Ashok-The Lion and Rajasingam on Sunday. These films, which will air as part of the channel’s Sunday Cine Combo, span two genres: romantic-action and period-action. Don’t forget to watch them on Colors Tamil this Sunday, October 3, at 12:30 PM and 3:30 PM. 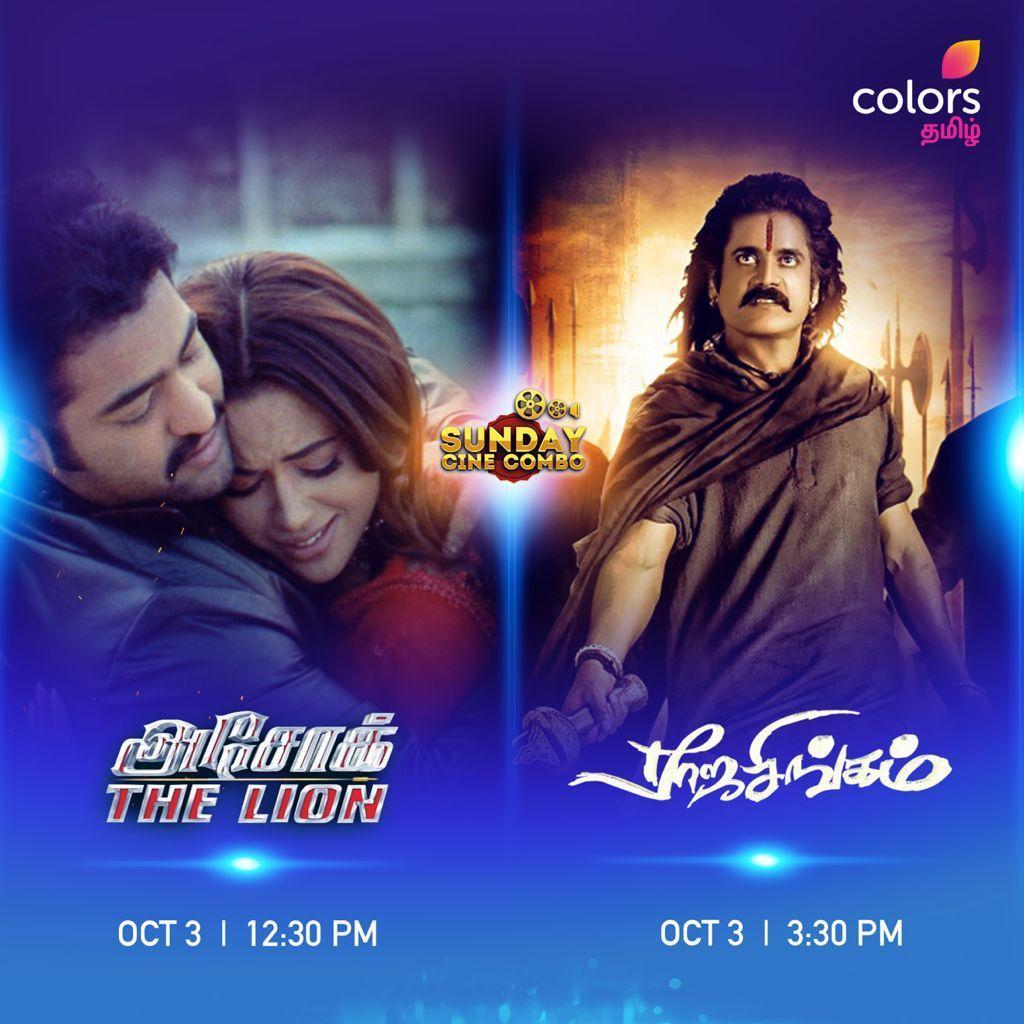 Ashok-The Lion is a 2006 romantic action film directed by Surender Reddy. It has an enthralling cast that includes celebrated actors like Jr NTR, Sameera Reddy, Prakash Raj, and Sonu Sood in lead roles. The plot revolves around Ashok (played by Jr.NTR), who seeks redemption after being blamed for his grandmother’s death. Ashok falls in love with Anjali (Sameera Reddy), a talented dancer who understands his plight. Anjali becomes an eyewitness to a heinous crime committed by mobster KK (played by Sonu Sood), and KK attempts to entrap Anjali. The rest of the story revolves around Ashok starting a war with KK to protect Anjali.

Rajasingam, on the other hand, is a 2011 gripping period action film directed by K.V. Vijayendra Prasad. It stars Nagarjuna Akkineni, Sneha, and Baby Annie in key roles. The film is packed with intense drama, action, and history, and revolves around Mallamma (played by Baby Annie), an orphan who loses her freedom to sing due to her village chief’s resentment. Meanwhile, Mallamma’s music instructor tells her the story of Rajasingam to encourage her to fight for her freedom (played by Nagarjuna). The crux of the story is how Mallamma is inspired by Rajasingam’s heroic deeds and overcomes her difficulties.

————————————————————————————————————————————————————————————————————————————————————————————-
About COLORS Tamil: Launched in February 2018, COLORS Tamil is the youngest general entertainment channel from the stable of Viacom18 that thrives to entertain the Tamil speaking viewers around the globe through distinctive and powerful stories that inspire and celebrate women and their families. Positioned as Idhu Namma OruColoru (the colors of our motherland), COLORS Tamil focuses on storytelling that matches the rich heritage of the Tamil Nadu culture with qualitative and innovative programming. Some of our flagship shows are Velunachi, Arya’s Enga Veetu Mapillai, Dance Vs Dance, COLORS Comedy Nights, Singing Stars, Oviya,Vandhal Sridevi, Perazhagi, Thirumanam, Thari, Malar, Kalla Petti, Kodeeswari, Uyire, Amman, Idhayathai Thirudathey, Mangalya Sandhosham& Colors Kitchen amongst others.
About Viacom18: Viacom18 Media Pvt. Ltd. is one of India’s fastest growing entertainment networks and a house of iconic brands that offers multi-platform, multi-generational and multicultural brand experiences. A joint venture of Network18, which owns 51%, and ViacomCBS, with a 49% stake,Viacom18 defines entertainment in India by touching the lives of people through its properties onair, online, on ground, in shop and through cinema.