After reigning US Box office over the weekend, ‘Venom: Let There Be Carnage’ is all set to release in India this Dusshera! 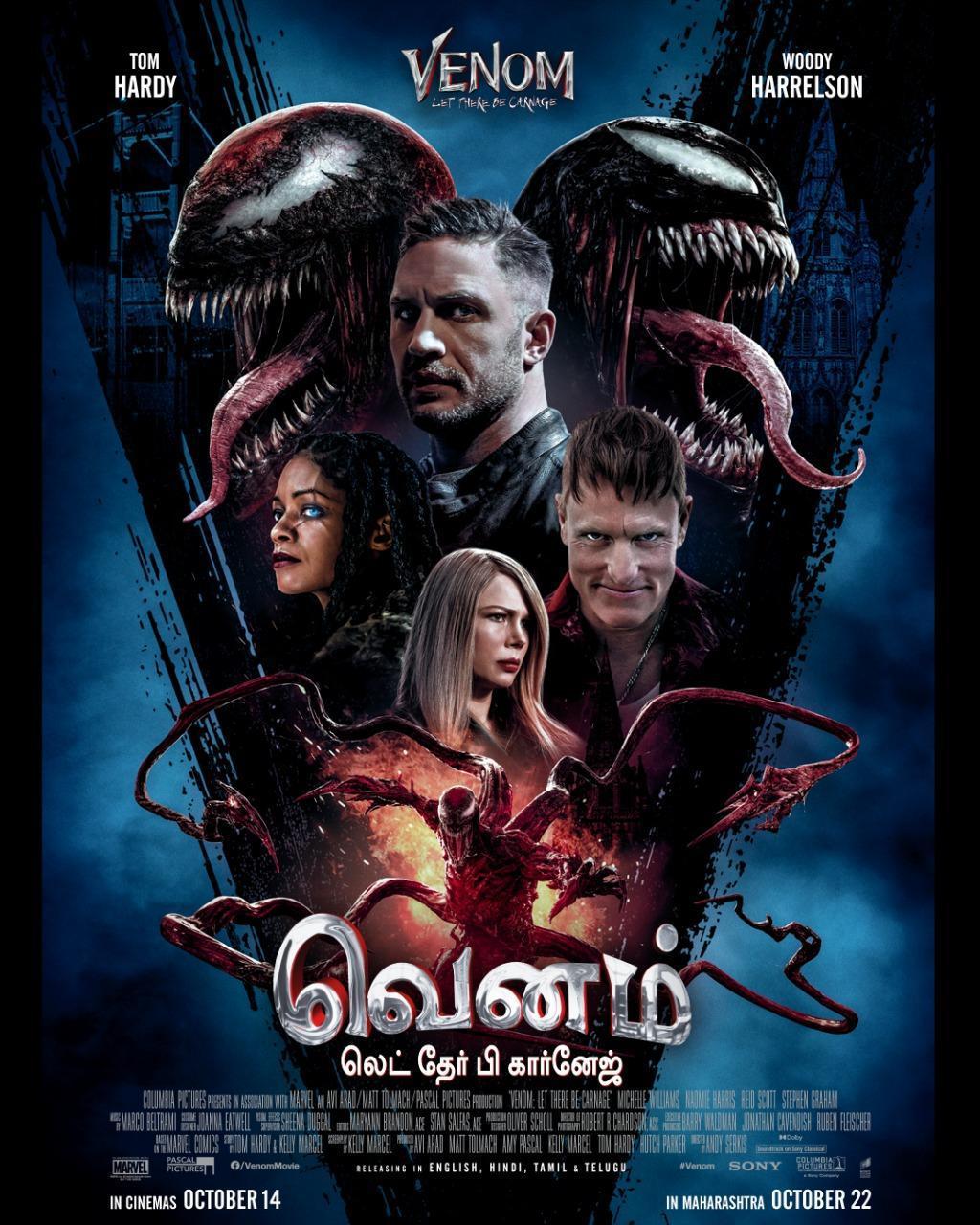 This news is a great sign for theaters in India as Venom 2 will be expected to bring footfalls back into cinemas.

Releasing in 3D, IMAX and 4DX and across 4 languages – Hindi, English, Tamil and Telugu – Venom : Let there be Carnage’ is all set to capture the Indian Box office.

Only in Cinemas on October 14th and Maharashtra when cinemas open on October 22.