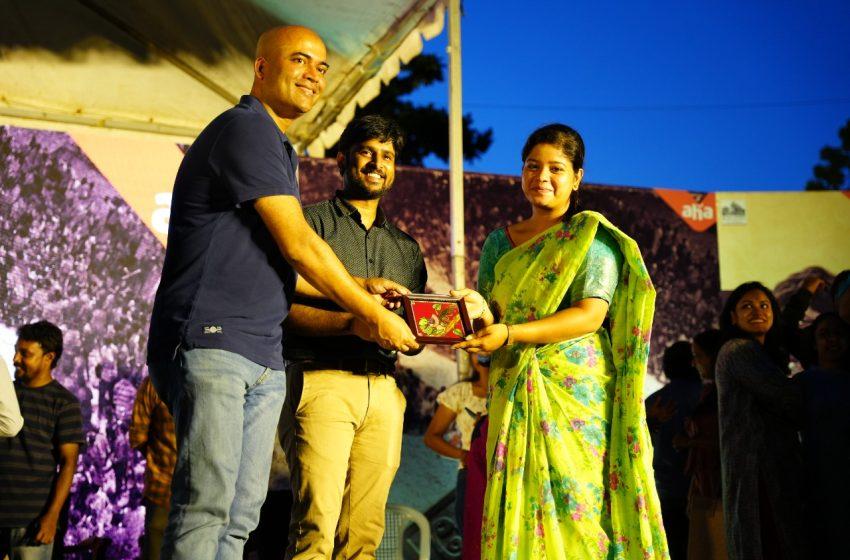 The trailer launch of Aha’s Magnum Opus PETTAKAALI was launched at MGR Janaki College in Chennai amidst the presence of over 2000 people including the press and the students.The trailer created a buzz among the crowd with its strong content and performances from the cast, and the crowd present at the venue witnessed the VADAM act which turned out to be the showstopper. VADAM which is a form of Jallikattu was performed at the launch and it is to be noted that the sport of Jallikattu is being conducted after 40 years in Chennai. Aha has always been vocal about them staying true to the brand’s promise of 100% Tamil, and this was yet another instance in which they have truly celebrated the legacy of the Tamil sport. 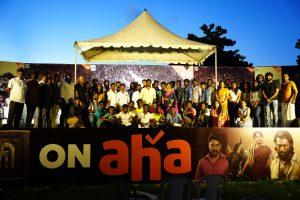 Pettakaali will be the first ever web series to be made based on the sport of Jallikattu. The world of Pettakaali explores the themes like pride, valour, sportsmanship and historical divide between bull tamers and the breeders. With love from the breeders and aggression from the tamers being the key emotions, Pettakaali is sure to give the audience a trip down the rich sporting heritage of Jallikattu. The trailer portrayed raw emotions and strong characters, namely Kalaiyarasan, Kishore, Velan Ramamurthy and Sheela. Merku Thodarchi Malai Anthony who plays the lead in the gripping story has not failed to impress us with his performance in the series. Directed by La. Rajkumar, this show features a host of names like National award winner Director Vetrimaran playing the showrunner, Velraj as the cinematographer and Santhosh Narayan scoring the music for the same.

AHA’s CEO, Ajit Thakur who addressed the media and the guests at the launch event said “AHA is committed to providing highest quality and variety of 100% Local entertainment to its viewers. Pettakaali is a big step in our vision of narrating the stories of Tamil culture to the Tamil Audience. We previously had Ammuchi Grammam which brings out the nostalgia we had in visiting our grandma’s place. Pettakaali is a story of blood, sweat and Tamil Pride. Staying true our vision, we also have another original ‘Rathasatchi’ which talks about yet another interesting premise. It is very rooted to the Tamil audience and you will hear more about it in a short while.” 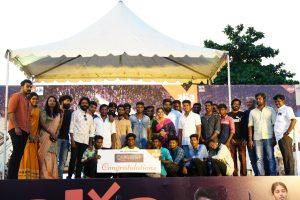 The director of the show, La.Rajkumar who addressed the media at the event spoke about the thought behind making Pettakaali. He said “In early days, humans used to roam around in forests. Only after the bulls came into his life, did he figure out agriculture and domestication. So, the advent of the culture has happened only after the bulls came into the lives of people. The way the early men tamed the bulls is still being celebrated as a sport and that is happening only in our state in the country. We created this web series to bring awareness to the audience about the importance of bulls in our culture and also explore the untold stories in the world of Jallikattu”.

AHA 100% Tamil Entertainment OTT Platform has been winning the hearts of Tamil people through a carefully curated slate of blockbuster movies (Jiivi 2, Kuruthi Attam, Maamanithan, Koogle Kuttappa, Manmatha Leelai, Writer) and Original web series in different genres (Ammuchi 2, Emoji, Anya’s Tutorial, Akash Vani, Irai) at just Rs.1 / day. ‘Pettakaali’ will the first of many such rooted and 100% Tamil shows that the platform promises to deliver audience in the near future.