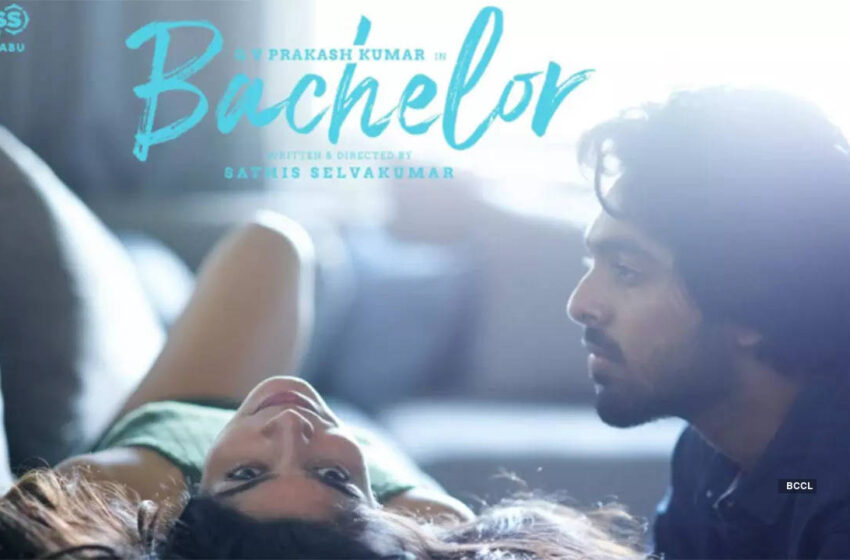 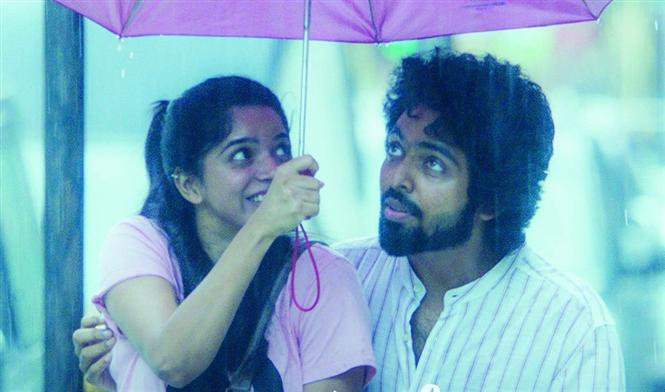 Filmmaker Sathish Selvakumar’s debut movie ‘Bachelor’ comes from a production house (Axess Film Factory) that is far-famed for making content-driven movies (Oh My Kadavule, Ratchasan, etc). This film starring GV Prakash Kumar and Divya Bharathi had created a decent expectation among the teen audiences. The hard-hitting dialogues, the teen boy swag made the crowds believe that they are gonna have a blast in the theaters. Let us check out what the audiences expected and what they get from it with a brief analysis.

Darling (GV Prakash) hailing from Coimbatore settles down with his friends in Bangalore for an IT job. One among his friends is enjoying a luxurious cosmopolitan live-in relationship in a different house. What irks Darling initially soon becomes his fantasy wonderland, when a beautiful girl (Divya Bharathi) arrives there for permanent occupancy. Darling relentlessly pleads with his friend to let him stay here, and when things work out in his favor, the actual trouble begins. Both get attracted, acquainted, and intimate, and finally, she is pregnant, where all hell breaks loose. 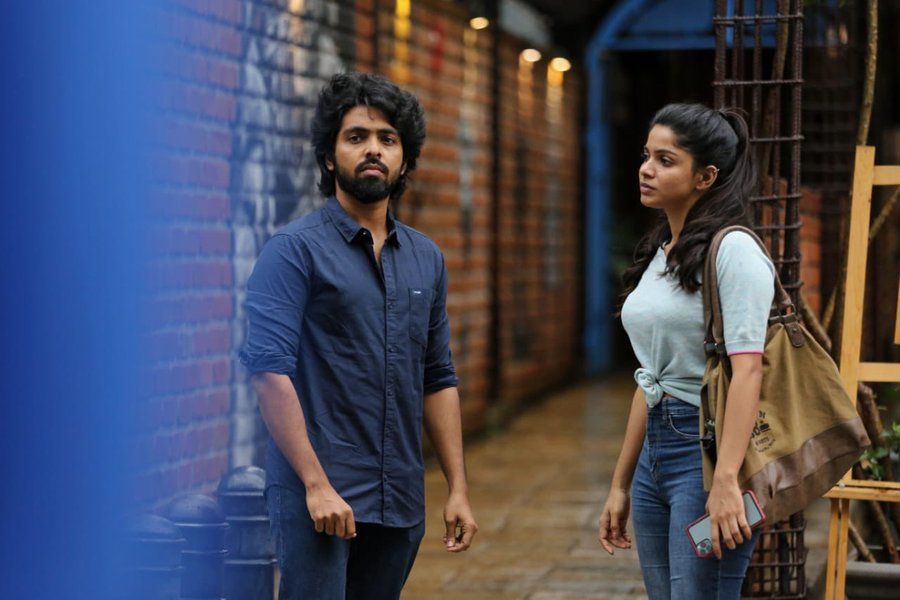 One of the famous Hollywood movies (Maybe, Friends with Benefits or a movie of that paradigm) features a dialogue when a woman gets intimate with a man; it’s more than sex to her. It means a lot to her emotionally. This simple dialogue conveyed strong emotions, and maybe, it would have had an intense impact on a few guys, who think, the perspectives of women are no different from men’s jollifying mindset. In this film, we do find such instances, where the girl has a strong and responsible mindset. In the first place, director Sathish Selvakumar deserves special mention and appreciation for breaking the myth about urban girls. Even in a movie like Pyaar Prema Kadhal, where the character of Raiza Wilson after casual sex gets annoyed with an innocent middle-class boy’s obsession with love. In this aspect, Sathish Selvakumar definitely deserves a pat on his shoulder. There are few shots in this film, where the girl’s affection for her beau is unconditional. She wants him to pamper her, hug her before bidding adieu. At the same time, she gets infuriated when he wants her to be in mute mode while talking to his sister on phone. Both the lead characters with contrastive natures are very well-written and portrayed. The cherry-pick scene would be the pre-interval sequence, which is too good. But guess what? The praiseworthy aspects abruptly come to an end with the interval. Having made a character-driven film, the director should have dealt with the emotions of these characters. To be precise, director Rajesh handled this complicated concept with ease in ‘Siva Manasula Sakthi’. Although it had humor elements, he didn’t step out or deviate away from these characters. In contrast, Sathish Selvakumar’s screenplay gets directionless and vague, where the lead characters don’t have dialogues , We see almost all the supporting characters taking over the play, and letting the audience get distracted. It’s good that a moviemaker decides the making style of the film, which involves technical aspects too. The handheld shots of cinematographer Theni Eeswar are good, and it gives a good impact. But there are a few shots like GV Prakash walking in Goggles, drilling a tender coconut to mix it with alcohol, and walking with a swag (Arjun Reddy impact). Besides, most of the visual tricks like fast-moving shots with the group of friends, and even the cinematographic moments, reminiscences of Alphonse Puthren signature (Premam). There are a lot of Malayalam cinema flavors in the film, which seems to have deeply inspired him, but look unapt here. All these issues pop when the screenwriting gets feeble by the second hour. 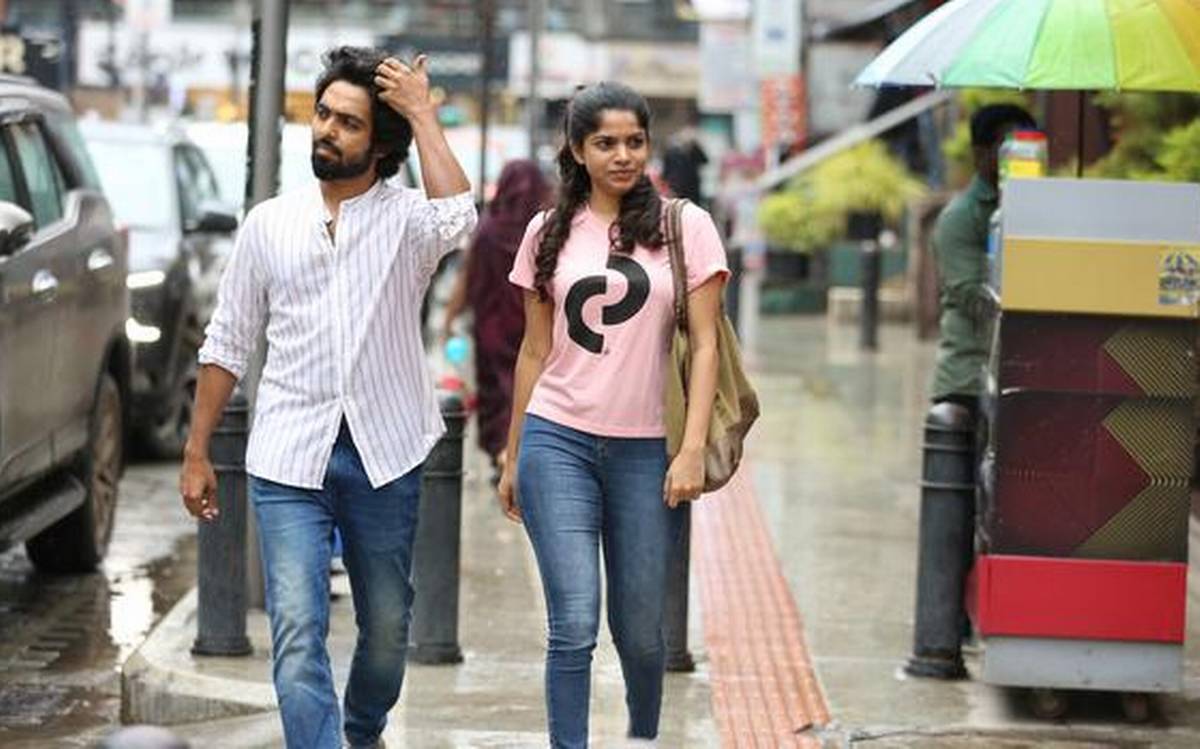 When it comes to performance, Divya Bharathi nails it down with an impeccable spell. GV Prakash delivers a naturalistic performance that sticks to perfection. He has proved himself tailor-made for the character crafted by director. Baks makes an impressive show, and the other boys playing GVP’s friend are good.

Verdict: Bachelor starts on a good note, could have been a hard-hitting drama that delves into realistic reflection of present day relationships. A trimmed version would have made it more gripping