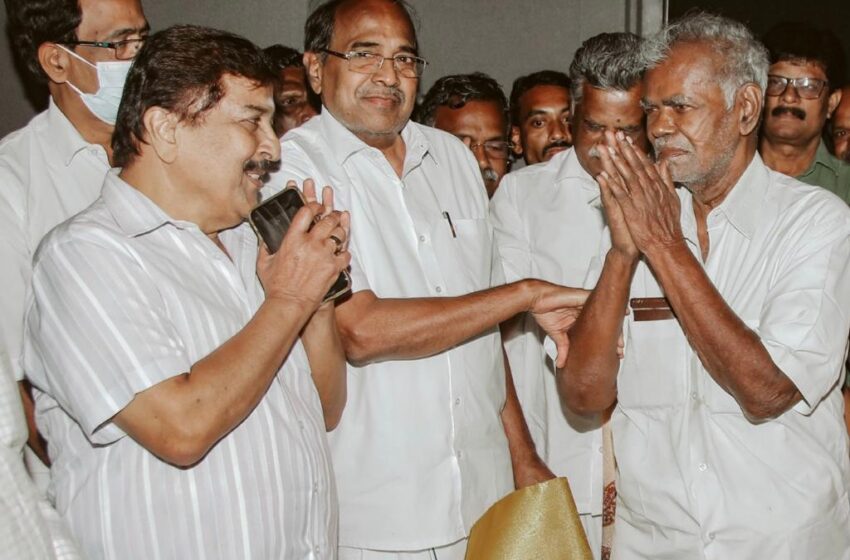 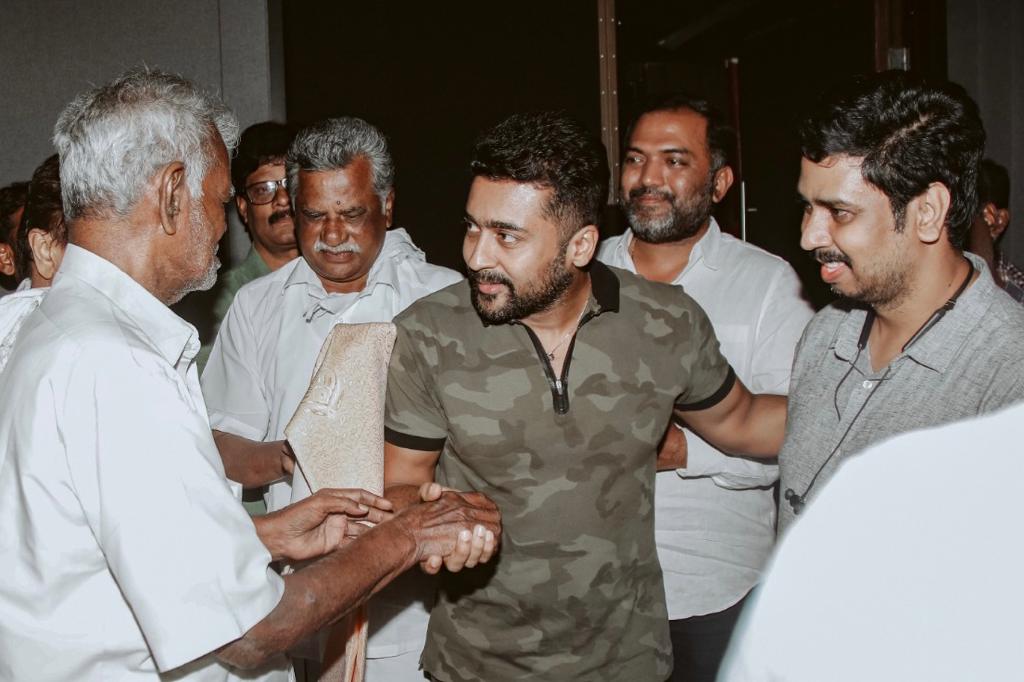 Well known Communist Party of India leader Nallakannu has expressed his heartfelt appreciation to actor Suriya and director Gnanavel for having made the critically acclaimed superhit film ‘Jai Bhim’.

The veteran political leader, who had watched the film on television had expressed a desire to watch the film on the big screen.

Acceding to his request, the filmmakers arranged a special screening for the leader at NFDC on Thursday.

After watching the film along with actor Suriya, his dad Sivakumar and director Gnanavel, sources say that the leader was visibly moved and expressed his heartfelt appreciation to both the director and the actor. 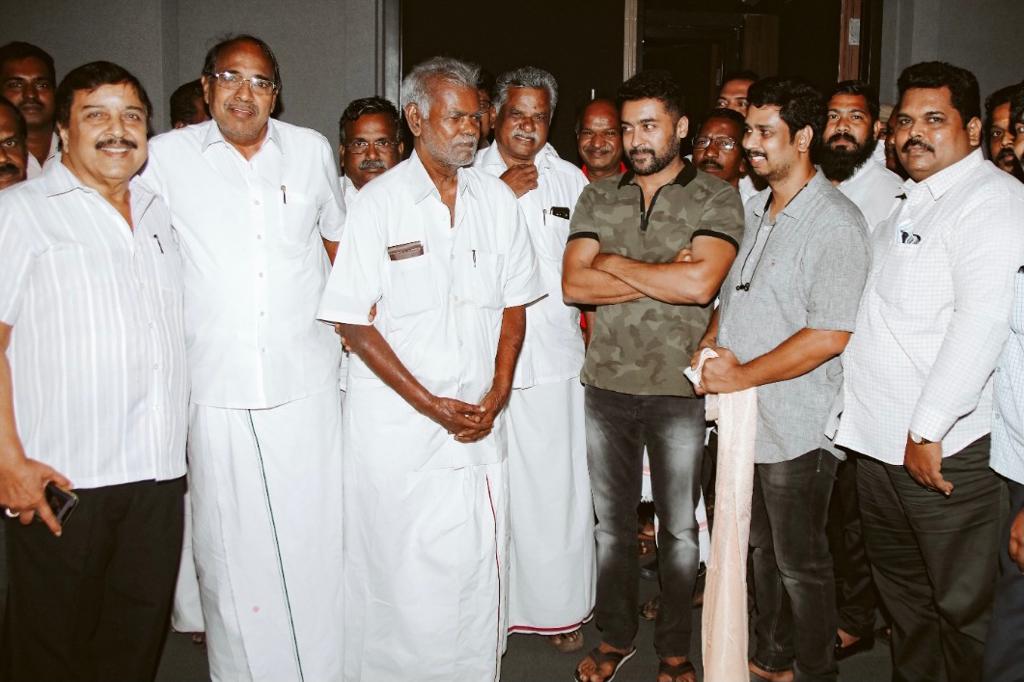 The appreciation from the veteran leader has added to the delight of the Jai Bhim unit.