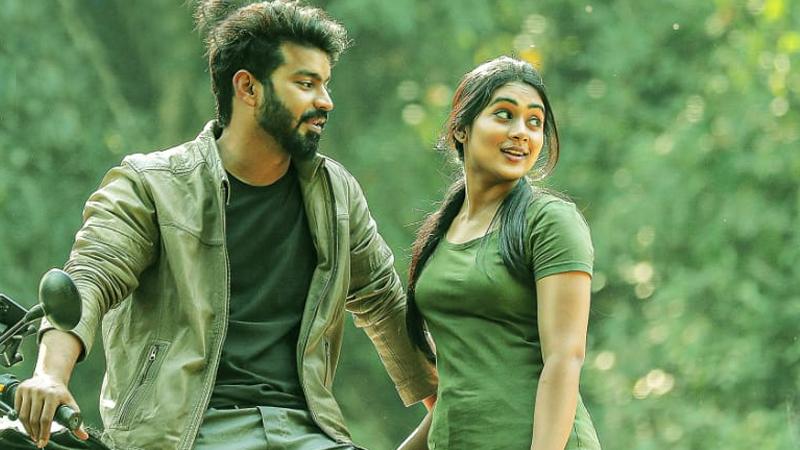 Mahat Raghavendra-Manasa Choudary-Devika Satheesh starrer “Emoji” is a 7-episode web series that revolves around the relationships prevailing among the contemporary generation. The series is directed by Sen. S. Rangasamy and is streaming on Aha Tamil OTT platform. 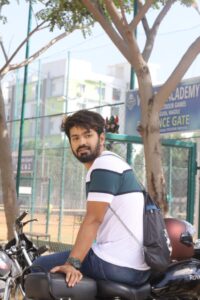 Aadhav (Mahat Raghavendra) and Deeksha (Devika Satheesh), once a happy and loveable couple is on the verge of getting divorced at courtroom. The 7-epsiode series traverses through the past days through flashbacks. Will they get united or part ways with mutual consent forms the crux of this story.

Emoji speaks about the modern day relationships, and how easily, the couples from this generation take the relationships so easy. They get into relationships at an ease and break up without any hesitation. Although, it strikes the reality factor, the way, it is pictured, especially the first three episodes is totally done with a mess. Despite the motto of makers is to focalize the erotic part, they fail terribly by making it a gaudy. The sixth episode doesn’t have any impressive moments, and the ending makes some sense. The series caters to the interests of teens and adolescent cohort, which might give them a toast, but still, Emoji does no justification to its title. The impact of emotions in the relationships we see is too feeble. 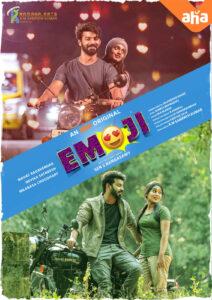 Mahat Raghavendra has almost become a replica of Silambarasan TR. In every single frame, we see that he blatantly imitates his behavior and dialogue delivery style. It is advisable, he soon gets out of this addiction, and tries to deliver his unique performance. Manasa Choudary as Prarthana suits the role of a trendy urban girl, and there isn’t actually a big scope for her performance. Devika Satish as wildlife photographer has done a decent job. VJ Aashiq has no prominence in the story, and his characterization as rapper looks amateurish. Aadukalam Narain appears during the penultimate to final episode, and does a groovy job.

Most of the scenes are completely montages, and the same BGM is repeated over and again. The music director could have tried exploring his potential though. Cinematography is done with neatness.

Overall, Emoji has a good theme as its core, but the issue is poor storytelling. A majority of the series is wasted with unwanted sequences, especially the first three episodes. By the time, we are into fourth episode, we start losing the impact. The writing should have been better in such a way that emotions should have overtaken the funny moments.

Verdict: Doesn’t keep us engaged and is interesting in very few parts.
Rating: 2.5/5