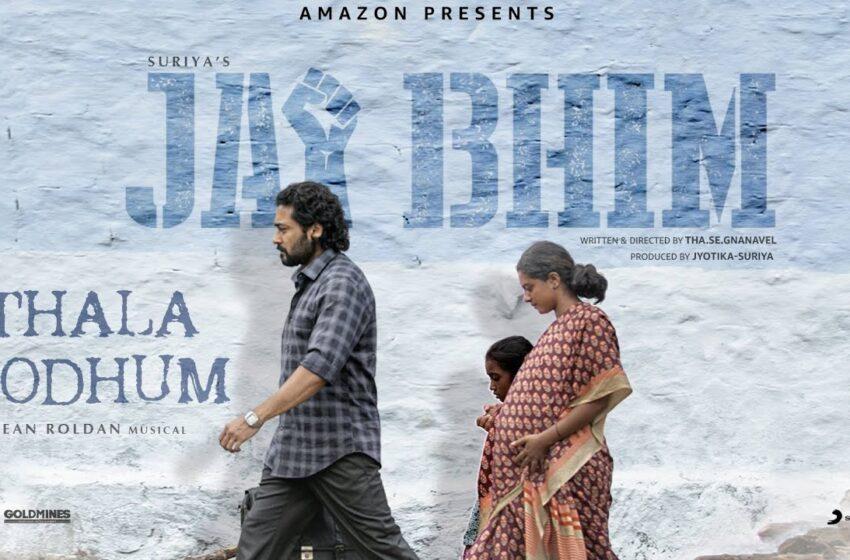 Titled Thala Kodum in Tamil and Chirugaali in Telugu, this track is going to make it to your playlists

If the trailer wasn’t enough, a new lyrical track from the upcoming courtroom drama just launched to add further delight. Titled Thala Kodhum in Tamil and Chirugaali in Telugu, this soothing track is composed by Sean Roldan. The Tamil version Thala Kodhum is sung by Pradeep Kumar and the lyrics are by Rajumurugan. The Telugu track titled Chirugaali is sung by Sreekanth Hariharan and the lyrics are by Narasimhan Vuruputoor.

Jai Bhim will premiere on Amazon Prime Video this Diwali on November 2 in Tamil, Telugu and Hindi