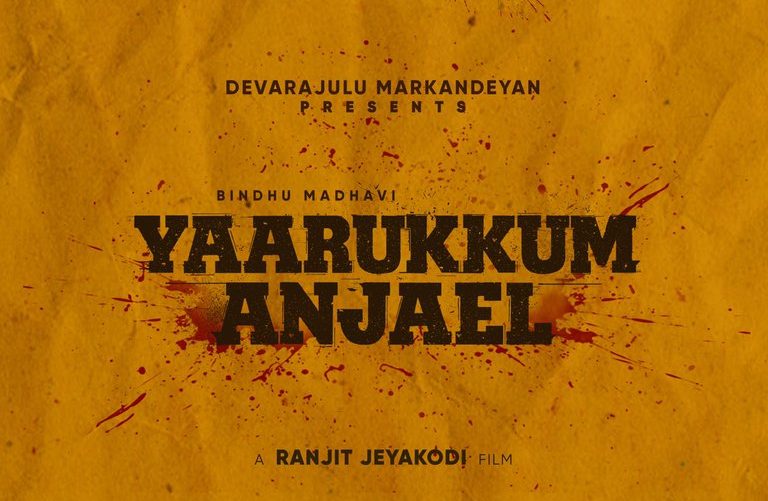 The 2-film old Ranjit Jeyakodi has captured the public glare for unique stories and brilliant presentations. Apart from these unparalleled attributes, his movies always own uniquely captivating titles like ‘Puriyaadha Puthir’ and ‘Ispade Rajavum Idhaya Raniyum’. Eventually, this had created curiousness on what could be the title of his current project featuring Bindu Madhavi and Darshana Banik in lead roles. Significantly, the title ‘Yaarukkum Anjael’ that is unveiled by Silambarasan T.R. and Vijay Sethupathi has found huge spotlights now.
Director Ranjit Jeyakodi says, “I must say that the greatest challenge involved in the project was to find a befitting title. We wanted to convey the essence of the entire premise through the title and considered several names finally zeroing in with “Yaarukkum Anjael”. I am sure that after watching the entire film, audiences will feel the title apt.”
Citing the current status of the project, Ranjit says, “We completed shooting the entire film in 30 days in Ooty. Currently, the post-production work is going on full swing and we will be winding up with it soon.”
Produced by Devarajalu Markandeyan for Third Eye Entertainment, the official announcement on the first look, audio, trailer launch followed by worldwide theatrical release will be made shortly.