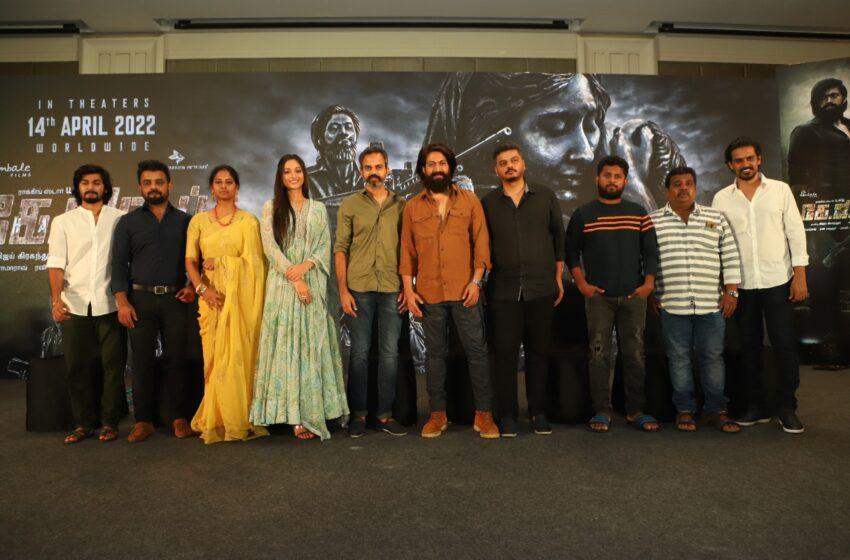 Marking the worldwide theatrical release of KGF Chapter 2 on April 14, 2022, actor Yash, actress Srinithi Shetty, and others from the team were present to interact with press and media channels in Chennai. The occasion turned out to be an intriguing moment as the team shared its wonderful experience of making this epic movie. 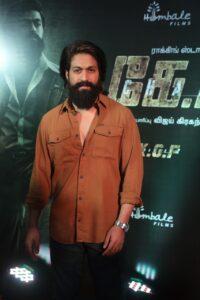 Actor Yash said, “I was here three years ago to promote KGF Chapter 1 with the help of my friend Vishal, who released it here. I thank each and every member of the media fraternity for being great support towards making it a successful venture. The technicians in the Tamil movie industry are professional and dedicated. Stunt choreographers Anbariv are an ample exemplification of this. Even for the simplest action blocks, they would take the necessary steps to ensure that every single artiste on the sets is safe and secure. Their approach distinctly exhibited their dedication to their profession. I thank them for such amazing work, and I am honored to see them gain National awards for the Best Action Choreography in KGF Chapter 1. Dialogue writer Ashok has worked a lot and exerted more effort for the second part than the former one. Usually, there is a concept called dubbing, but we have made sure that KGF gets a regional touch in every language with proper dialogues. Precisely, every language deserves respect, and our entire crew has given it unconditionally. Sekar has dubbed my voice in Tamil. I 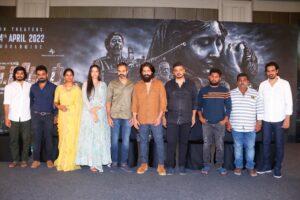 tried my level best to speak in Tamil, but I think I needed more training to gain the command. I will try to dub my future movies in Tamil by myself.”

Actor Yash continued to add praise to his co-stars. He said, “Actress Eeswari Rao is a genius. She would be seen enjoying the moments on set, but as the camera switches on, she will swap into a serious character laced with melancholy. Later as the shot is over, she immediately gets back to her enjoyable nature. That’s quite an incredible nature that I admire about her. Actress Srinithi Shetty has sacrificed a lot of years in her career for the sake of KGF. Her dedication is brilliant, and I thank her for this kind gesture. Not many actresses would choose this way as time is very precious for them. I wish a bright future for Srinithi.”

Yash concluded by thanking producer SR Prabhu for releasing the movie in Tamil Nadu. He extended his thanks to director Prashanth Neel for being the great pillar in shaping KGF, and producer Vijay for being the heart and soul of this movie.