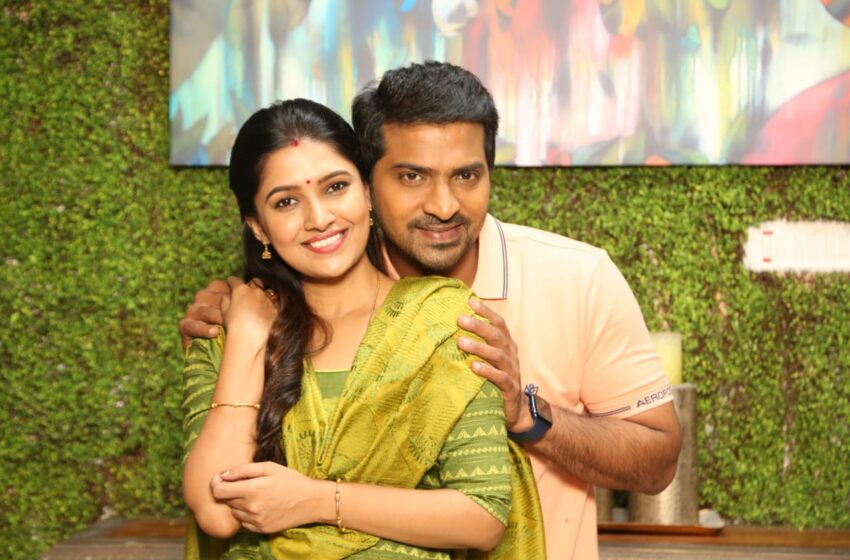 In 2020, ZEE5 entertained fans with back-to-back top-notch quality content which included ‘Lock Up’ “Ka Pae Ranasingam’ ‘Mugilan”. 2021 will be another blockbuster year with interesting projects in the pipeline for its subscribers.

ZEE5 is proud to announce their next original film, a complete roller-coaster comedy starring successful Lockup lead pair Vaibhav-Vani Bhojan. This yet-to-be titled comedy film is directed by ace filmmaker Radhamohan, a master in this genre and produced by Monkey Man Company.

The film also stars M.S.Bhaskar, Karunakaran and Mayilsami. The camerawork is handled by Ace cinematographer Mahesh Muthusami, the film is edited by renowned editor K.L.Praveen. Art Direction is done by well-known art director Kathir. The music is composed by Music Director and Actor Premji.

Director Radhamohan said, ‘This is my first film for OTT. The shoot has started on an exciting note and the actors are in super form. The set has been in splits after every shot. Happy to be collaborating with actors like Vaibhav, Vani Bhojan, Karunakaran and my dear friend M.S.Bhaskar’.

Vaibhav said, ‘My association with ZEE5 continues with this project, after films like Lockup, Taana and Kappal. The new original is a very quirky story and I play a challenging role in it. It is an avenue I havent explored so far. I am very happy to work with Radhamohan sir, M.S.Bhaskar sir, Vani Bhojan and Karunakaran in this family entertainer’.

Vani Bhojan said, ‘I am teaming up with Vaibhav again after the success of ZEE5’s Lockup but this is a complete opposite genre. This is a laugh riot and I play a role that will connect with many women, especially homemakers. Very excited to work with Radhamohan sir, M.S.Bhaskar sir and Karunakaran‘.

M.S.Bhaskar said, ‘I feel so happy to be back working with Radhamohan. Instead of calling him ‘Director’ Radhamohan, I will rather say he’s a brother, well-wisher and someone who enjoys my work and creates meaty roles for me. My journey with him started with Azhagiya Theeye and this is my 6th film with him. I am very sure the character created by him will earn me a good name once again‘.

Karunakaran said, ‘This is one of the most hilarious scripts I have listened to in a while. Very excited to be a part of Radhamohan sir‘s film again after Uppu karuvaadu and equally excited to team up with Vaibhav, M.S.Bhaskar sir and Vani Bhojan. Can’t wait to entertain you all with this one‘. 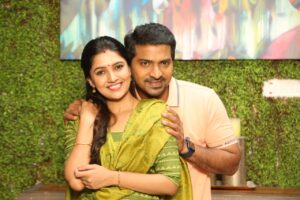