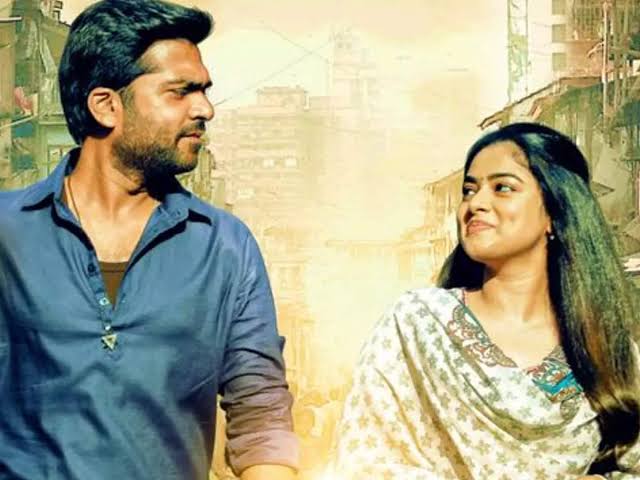 The story traverses through the life of an ordinary youngster Muthu (Silambarasan TR), whose journey from a remote village in Tamil Nadu to Mumbai changes his course of life. 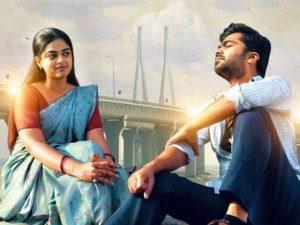 The hype never missed to slip down with the entire crew vigorously assuring us VTK has baggage of surprises and enthrallments for the audiences. Especially, the changeover of STR, lovely songs by AR Rahman and making style of GVM had more reasons for us to watch the movie. Yes, these elements are found in plethora as you go through almost 3-hour crime drama, but what actually becomes a problem is the engrossment. Filmmaker Gautham Vasudev Menon, during the pre-release promotions cited that audiences will have to be patient with the slow progress of the film’s screenplay as it would take some time to get used to the characters. Brimmed up with such a mindset, we are too tested with the slowness. The basic problem is that the major portions of the film look repeated as both gangs keep hitting against each other, but none of the characters catch up our attention. Except for the characterization played by Appukutty, the other roles remain vague. The actual intensity picks up by the Pre-Interval action sequence, which is filmed in single-shot. It gives an assurance that the second half will have racy moments, and we end up watching the tempo remain the same. 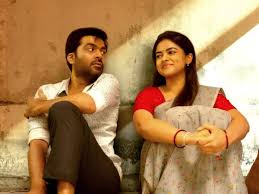 Silambarasan TR has become the director’s actor, and has done his part very well. His changes in mannerisms from the initial moments to the latter part of movie are spellbinding. Siddhi Idnani has graceful screen presence, but her portions have nothing to do with the movie’s main plot. Neeraj Madhav’s characterization looks feeble though he is a talented actor. Malayalam actor Siddiqui is good with his performance. Appukutty steals the show with his best works. Although there are other actors in the movie, they don’t manage to impress us. Radhika Sarathkumar appears in 2-3 scenes and as usual delivers her best.

On the technical aspect, it’s AR Rahman show all the way. He has worked at his best in re-recording. The special surprise is a rap kind of song during the action sequence, which is still unreleased in album. The action sequences are perfectly choreographed.

The ending of VTK is so artificial. GVM has always faced an issue with the climax of few movies, and hence, it looks like he has gone for an open ending. The climax scene shot 2-3 weeks before the film’s release looks like a hurried one, and doesn’t give a complete ending.

On the whole, Vendhu Thanindhathu Kaadu has stylish visuals, tremendous music, brilliant act by Silambarasan, but everything goes eclipsed by the feeble writing.

Verdict: Silambarasan-AR Rahman give their best to save this middling gangster drama
Rating: 2.75/5