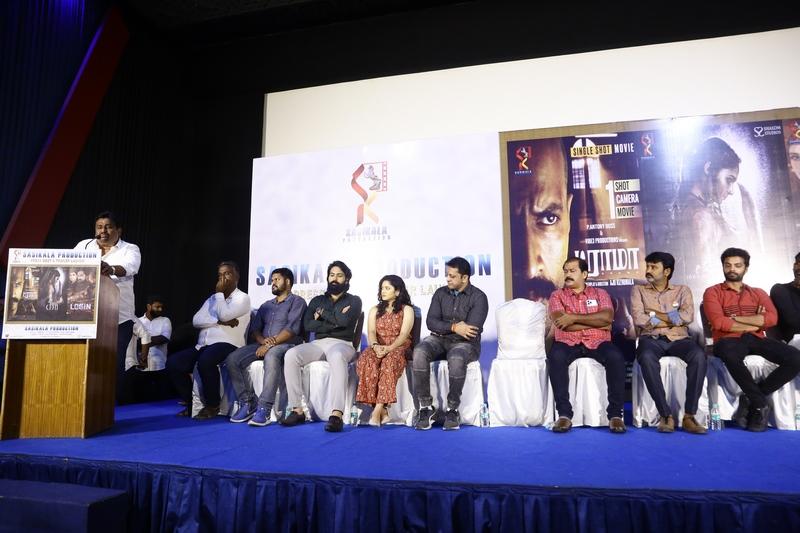 Sasikala Productions is a new Film Production House at Kollywood which is presently functioning at AVM Studios. It is fully equipped with all the necessary infra- structure that is required to make a film.

Marking the arrival of the new banner are projects as Kaa with Andrea Jeremiah, Drama starring Kishore and Login which has many fresh faces.
All the three projects are j being wrapped up.

The Launch of the new Production Banner and the Trailer Release of the three ongoing projects were held simultaneously. 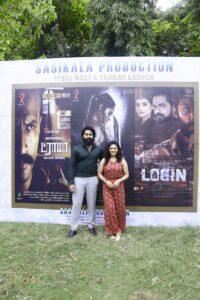 Salim who spoke on behalf of Sasikala Productions thanked all those who had come for the Launch Event.
Our objective is to come up with quality projects. Our Team will elaborate on the other details of our forthcoming ventures. Please extend your patronage.

Nanjil who has directed Kaa said that the film is a hyperlink tale unfolding inside a jungle in 24 hours!
Actor Salim Ghouse was very helpful during the schedules. It is saddening to note that he is not around now. I thank John Max who gave me this opportunity and Anthony Dass who is releasing this movie.

Sundar C. Babu, the composer of Kaa said that the strength of the script is the background score and there are no songs! I have not been doing films for quite sometime now. I have put in my best efforts for this project. John Max exhibited extraordinary involvement in this project and the association of Anthony Dass is very significant. I am sure this flick will be very successful. 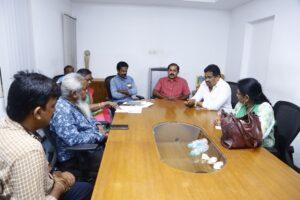 In his speech, T. Siva of Amma Creations said that he was invited only at the last moment but when he heard that Anthony is releasing three small budget films, he said that he was taken aback. ‘Immediately I agreed to come. The present trend is to ignore small films. Even big budget films just manage to break even! I appreciate John Max for venturing these projects. His first film was a hit and subsequently he did some small budget films too. I thank Anthony Dass for coming forward to release these movies. Even after winning the Elections we couldn’t do much for the film industry. This situation should change for the better. I wish these projects the very best. ‘

Arjun Thirumala, the director of Drama mentioned that this Single Shot Movie is my maiden venture. It is a challenging task to make Single Shot Movie that too with commercial ingredients as Flashbacks, three songs etc. I thank the team for their cooperation. 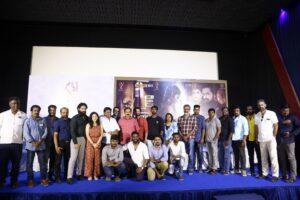 Kavya Vellu who has acted in Drama said that this was her first film and she put in efforts to learn Tamil too. As this was a Single Shot Movie, there were no prompting assistants and retakes weren’t possible! I play a Tamil speaking Madurai girl and I am sure you will like my character in the film.
Producer Anthony Raj spoke highly of Anthony Dass of Sasikala Productions and of Salim too. We suffered for nearly three years and these people have now given a new lease of life!

Rajesh Veeramani the director of Login said he is grateful to the producers and his team has worked very hard to offer an interesting story for about two hours!

Actor Vinod Kishen who has acted in Login said that the team went for the shoot soon after the relaxation of Lockdown! The theme is about the big consequences of even small mistakes. The film will be quite interesting. I thank producer JK as well as Sasikala Productions. 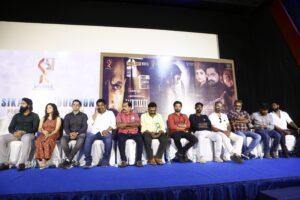 In his speech, producer Thirumalai said that people will come to know about Sasikala Productions soon as they are coming up three quality projects. More such ventures will follow.

Producer John Max said that it is not right to categorise films as small or big. Even Mynaa was a small film before its release. Such categorisation can be done only after a film’ s release. Kaa has come out well. I am glad that Anthony Dass has come forward to release all the three films. He will reap rich returns.

In his address, Anthony Dass of Sasikala Productions observed that the banner has been handling post production work for many Tamil films.
I have been watching the Tamil film industry for long and I know that there are very many eager aspirants wanting to win. Any film that fully entertains the audience for two hours is definitely a big film! We know how to make these three films successful. I request the Media to extend their support.