Dulquer Salman-Mrunal Thakur ‘Sita Ramam’ is a love story set against the backdrops of 1965 and 1985. When a Pakistani Military General (Sachin Khedekkar) insists his granddaughter (Rashmika Mandanna) deliver a letter to a woman named Sita, she looks totally annoyed and uninterested but is sooner drawn into the world of incredulous love story that existed between Ram (Dulquer Salmaan) and Sita (Mrunal Thakur). Filmmaker Hanu Raghavapudi’s Sita Ramam featuring Dulquer Salmaan and Mrunal Thakur in the lead roles is an emotional love story that will keep you addicted to the screens throughout. While watching the melodramatic emotional love story, you’ll keep wondering how come you’re not bothered by the slow-paced momentum. There has been a myth among theatre visitors that slow drama wouldn’t work with major crowds. Occasionally, it has been proved wrong with a few love stories like Veer Zaara, Ennu Ninte Moideen, 96, and a few more (These movies worked magic beyond the boundaries and linguistic barriers). And now, Sita Ramam offers a toast to the lovers of the romance genre. The movie has a running length of almost 2 hours 45 minutes and doesn’t let you down anywhere. The specialty of this movie is the same momentum retained throughout the show. The director clearly places a few tense moments in between to make sure that audiences don’t get bored. Apparently, the interval surprise totally unexpected gives an emotional appeal. The second hour doesn’t waste the time anywhere, and it keeps intensifying the drama with a climax leaving you frozen in shock and astonishment. Dulquer Salmaan and Mrunal Thakur are the pillars of this movie. They have beautifully portrayed themselves in the roles of Ram and Sita, which will remain an unfading piece of work in their careers. The characterizations are brilliantly written that even the ones like Prakash Raj and Gautham Vasudev Menon, who appear in not more than 2 or 3 scenes retain in our memories post-the-show. Sumanth has delivered an amazing performance of what is required from his characterization. Rashmika Mandanna has nothing huge to perform, but her character gets escalated by the end as she turns to be the focal point in this tale.

Cinematography and artwork are the heart and soul of this movie, which keeps enlivening the essence of love and emotions perpetually. What’s so amazing is the fact that the entire project is based on the conviction of the filmmaker and the confidence of the producers and actors. While watching the movie, one would naturally develop an inquisitiveness to know what all would have gone through the mind of the director while penning this script.

Overall, Sita Ramam is an emotional tale that will never miss stealing your attention from the beginning to the end. The success of love stories is based on the emotions carried by audiences while walking out of the theaters, and this one proves perfectly of such paradigms.

Verdict: A poetic tale of heart-melting romance that will send you back with lots of emotions. 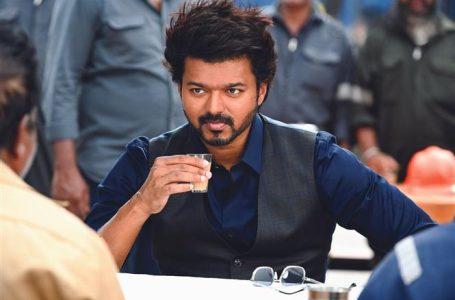