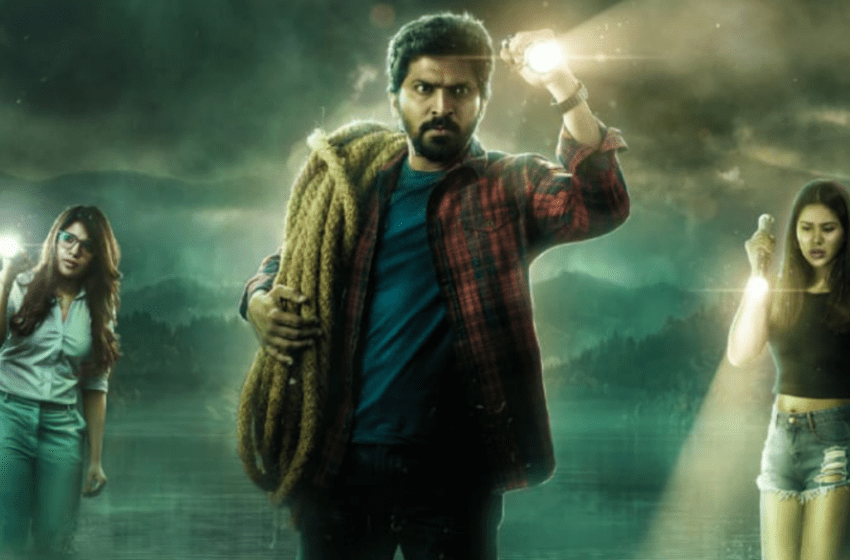 Filmmaker Deekay’s maiden debut ‘Yaamirukka Bayamey’ was acclaimed for his ability to toast a horror flick with more humor. While horror comedies had become a cliché in theaters, he broke the barrier and enthralled audiences with his amazing storytelling. More than a horror flick, it was more like a horror tale we hear as bedtime stories in childhood. After attempting a Rom-Com Kavalai Vendam, that catered to the teen audiences, he is back into his favorite zone with ‘Katteri’. 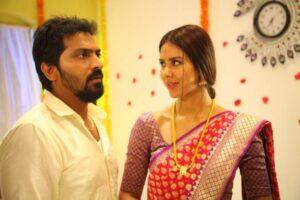 Much like his erstwhile film Yaamirukka Bayamey; Katteri too owns an identical premise of a cursed and haunted backdrop, where the protagonist & his pack of conmen enter an alienated village, which is haunted since the 1960s. Sooner, they start experiencing paranormal events, which turn out to be bizarre. Will they survive and step out of the village forms the crux of this story.

The biggest issue with Katteri is Deekay’s confusion between prioritizing horror and adult-comedy factors. Well, he had balanced it perfectly in his maiden movie, which earned him a good response. Incisively, it was one of the rarest movies, which, despite those mature comedy kinds of stuff in adequate quantity, enabled even family audiences to enjoy the show. In contrast, he brings an overdose in Katteri, which might appeal to the interests of teen audiences alone, but fail to bring the family crowds. Yet another disappointing element is the noise and overloud music, which the team should have paid attention to and simmered. Cinematography and editing are appreciable.

As with performances, Vaibhav is tailor-made for such roles in horror-comedy-ridden movies. He does his portions well. Sonam Bajwa and Aathmika have no purpose in this movie, except for the former flexing her oomph factors. Karunakaran and Ravi Mariah with their hilarious adult-bound comedy try to tickle our wits but succeed only to a certain extent. Varalaxmi Sarathkumar delivers every single role with the same approach without any modulation.

So what are the pros of the movie? Deekay’s ability to conceive those bedtime stories, of what is known as ‘Patti Kadhaigal’ in Tamil needs special mention. In fact, the flashback sequences keep us glued to the screens. However, if he had pulled up his socks to deliver better screenwriting rather than blindly banking hopes on adulterated comedy tracks, it would have worked good results for him.

Verdict: An average horror-comedy fare that impresses only in a few parts.
Rating: 2.25/5