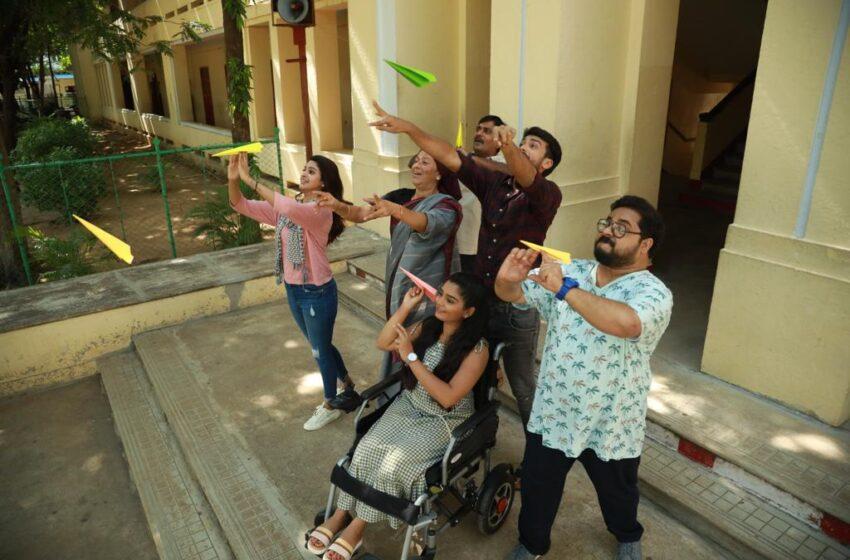 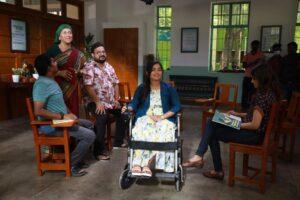 Six strangers – Jeeva (Kalidas Jayaram), Elakya (Tanya Ravichandran), Valliyamma (Renuka), Tiger (Karunakaran), Charu (Gouri Kishen) & Unni (Nirmal Palazhi), who come across each other during a group therapy. They decide to embark on a journey across Tamil Nadu, each with a desire to fulfill their bucket list. During this journey, they unravel their deepest identities, relive the past, and face the harshest odds in the past, and one among them wants to end his life.

The 7-episode series has been neatly written with each chapter delving into the bucket list desire of these characters. What makes this series look good and emotional is the fact that the audience is easily able to connect with at least one among them. Kiruthiga has carefully conceived these characters, which never look outlandish or something isolated from reality. The Jeeva’s role is nothing but a replication of many youngsters, who are webbed into the complex professional life. The financial commitments and urban lifestyle perturb their personal space. This man is no different, 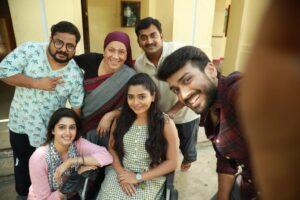 his remuneration is a monstrous figure, and his opulent apartment is more than enough to showcase his financial freedom, but he is deeply wounded by the loss of his father, who was also in despair to spend more time with him. Then we come across Elakya, who yet again is a reflection of many girls bitten harshly by the childhood trauma of harassment that continues to affect even their beautiful relationships as well. She is more like a distant relative to Aishwarya Rajesh’s character we saw in Suzhal, but her degree of approach is quite different here. Tiger looks more philosophical and intelligent than others, but his characterization judged from a third man’s point of view looks so perfect, whereas Tanya says he is affected by his mother’s pressure and the philosophical books he read. Unni might give a hilarious impression to audiences at first but has a terminal illness, which soon earns our sympathy, but Kiruthiga has handled his episode with lots of fun. Gouri Kishen’s part is good, and it does leave a positive impact in the end. But what emotionally affects the universal crowds would be the role of Valliyamma played by Renuka. A woman’s desire is always to see the families united. She always desires and hopes that the bitter past is eclipsed by goodwill and reconciliations. 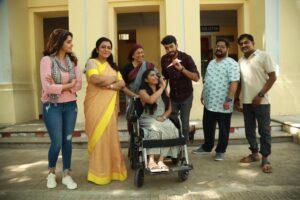 With the main characters neatly and perfectly crafted, the actors convey them properly as Kiruthiga had visualized. The pick of actors indeed is the biggest strength of this series. Kalidas and Tanya show up as a good pair although the story completely doesn’t focus on their relationship. Renuka is a genius and she renders a flawless performance. The director gives minute detailing to every single character. There is a scene where Renuka’s brother-in-law interacts with Kalidas as a servant serves them coffee. If you can pay close attention, you would see that particular character standing up and receiving the coffee and serving it to Kalidas as well. This is a perfect director’s cut, which might not be visible in your casual viewing. There are many such moments, where Kiruthiga excels with these nuances. Chinni Jayanth is a delight to watch, and Kaali Venkat too gives an impressive spell. Gouri Kishen has a decorous screen presence. Nirmal adds humor and emotions imbibed together. Karunakaran yet again proves his talent that he can easily endorse the emotions and laughter within. 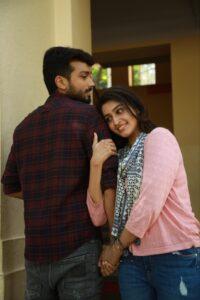 Cinematographer Richard M Nathan serves us a fabulous visual treat. The breeziness can be felt in every moment of the series. Besides, the musical components by Simon K. King, Ved Shanker, and Dharan Kumar are a beautiful embellishment to this tale.

On the whole, ‘Paper Rocket’ endows a decorous experience to audiences from all walks of life. Producer Sreenidhi Sagar deserves a special mention for converting the film idea of Kiruthiga into a web series. Special mention to him for materializing this series during the peak time, where action-thrillers, crime, and violence-based series are the top preference in the OTT domain.

Verdict: Strictly recommended for the ones desperately looking out for feel-good entertainment. 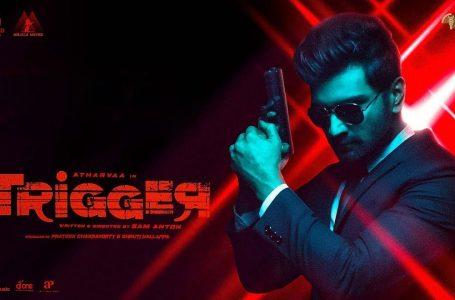 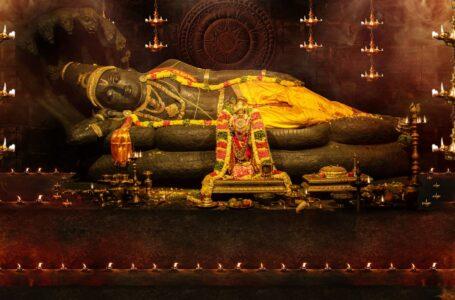